Trump's lack of "balance, nuance and sophistication" is obvious — and it's likely to get many people killed 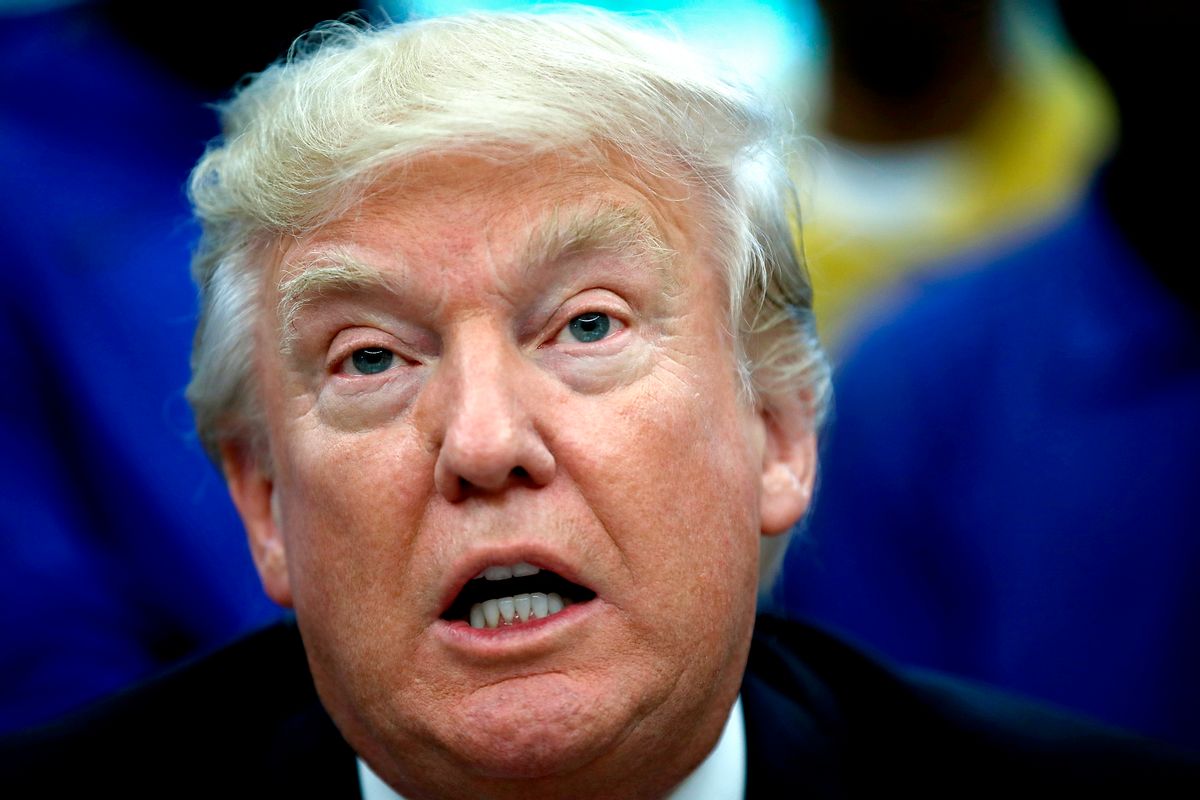 Last January, the former leader of the Soviet Union, Mikhail Gorbachev, eerily declared that “it looks like the world is preparing for war.” In fact, many notable commentators agree with this dismal assessment, including some who see the Syrian civil war as the beginning of World War III.

Perhaps buttressing this view, President Donald Trump recently decided to arm the Syrian Kurds, a move that will likely inflame relations with the increasingly less democratic state of Turkey, which is a key ally in the fight against the Islamic State. Meanwhile, U.S.-Russian relations “may be at an all-time low” according to Trump himself, and Secretary of State Rex Tillerson has repeatedly affirmed that “all options [are] on the table” with respect to the rogue state of North Korea, an avid experimenter with nuclear weapons and long-range missiles.

The world situation is rife with risk potential, and its immense complexity requires cool heads capable of careful reflection on both the ethical and strategic implications of different foreign policy options. Unfortunately, it would take the most ideologically blinded individual to maintain that Trump is the right guy for the job, given his ignominious record of outbursts, rejecting expertise and making demonstrably false statements.

But the situation is worse than this, and there's hard data to back it up. Consider a phenomenon identified by the psychologist Philip Tetlock called "integrative complexity," which “captures a sense of intellectual balance, nuance, and sophistication.” Individuals with low integrative complexity preferentially use strong language that divides the world into black and white; words like “absolutely,” “definitely” and “indisputably” are common in low-complexity political speeches. Slightly higher complexity is associated with hedging terms like “usually” and “almost,” and still higher complexity involves acknowledging multiple points of view as well as “connections, tradeoffs, or compromises between” these views. The very highest level of integrative complexity is marked by the use of abstract principles to elucidate and navigate the relationships between different perspectives, as when one adopts a particular view because it comports with Immanuel Kant’s categorical imperative, or the utilitarian maxim that one should always act so as to maximize pleasure and minimize suffering in the world.

What does integrative complexity have to do with Donald Trump? First, by any objective account, the complexity of Trump’s speech is abominably low. Studies show that he literally talks at a fourth-grade level, despite his claim of having “the best words.” He is also known (indeed, famous) for relying heavily on simplistic adjectives like “huge,” “best,” “beautiful” and “terrible,” as well as making sweeping categorical assertions like “I alone can defeat ISIS,” “There is nobody who understands the horror of nuclear more than me,” “Nobody knows the system better than me, which is why I alone can fix it,” “There’s nobody bigger or better at the military than I am” and “Nobody in the history of this country has ever known so much about infrastructure as Donald Trump.” Talk about a lack of balance, nuance and sophistication!

Second, low integrative complexity levels are associated with bad outcomes for individuals in mundane settings and while playing war games. As Steven Pinker puts it, “People whose language is less integratively complex, on average, are more likely to react to frustration with violence and are more likely to go to war in war games.” Even more alarming, Tetlock and his colleague Peter Suedfeld discovered that war tends to follow a decline in the integrative complexity of speeches given by political leaders. In other words, the lower the complexity, the higher the probability of military conflict. Given that the world is a giant propane tank ready to blow with a single spark, the fact that Trump is a simple-minded, know-nothing, solipsistic sociopath with the nuclear codes is extremely worrisome.

Even more, Pinker observes that there also exists a link between the IQ of American presidents and the total number of soldiers killed in conflict. That is to say, the lower a president’s IQ, the more Americans will likely end up dead on the battlefield. In Pinker’s words:

A president’s IQ is negatively correlated with the number of battle deaths in wars involving the United States during his presidency. . . . One could say that for every presidential IQ point, 13,440 fewer people die in battle, though it’s more accurate to say that the three smartest postwar presidents, Kennedy, Carter, and Clinton, kept the country out of destructive wars.

Notice that the three smartest presidents have all been Democrats, a fact that aligns with studies showing that liberals are on average more intelligent than conservatives. The point, though, is that despite Trump’s claim to have “one of the highest” IQs, impartial observers can agree that Trump’s intelligence level is abysmally low for a world leader — any world leader. He most certainly does not have an IQ of 156, as one viral meme claimed, nor is he especially known for his “abstract reasoning” skills, insight, thoughtfulness or deliberation on complex issues like health care (“nobody knew”!) and foreign policy. (Incidentally, abstract reasoning is the feature of human intelligence that Pinker links to the steady expansion of our “circles of moral concern” during the Long Peace, or the period from World War II to the present.)

So not only do we find ourselves in an unusually volatile moment in world history, but robust psychological research suggests that Trump will significantly inflate the probability of bloody conflict during his term in office. In addition to expert economists worrying that Trump will destroy the economy and the catastrophic consequences of failing to curb carbon dioxide emissions, we have all the ingredients needed for an unprecedentedly destructive administration.

This article draws from my forthcoming book "Morality, Foresight, and Human Flourishing."