Report: Trump “revealed more information to the Russian ambassador than we have shared with our own allies” 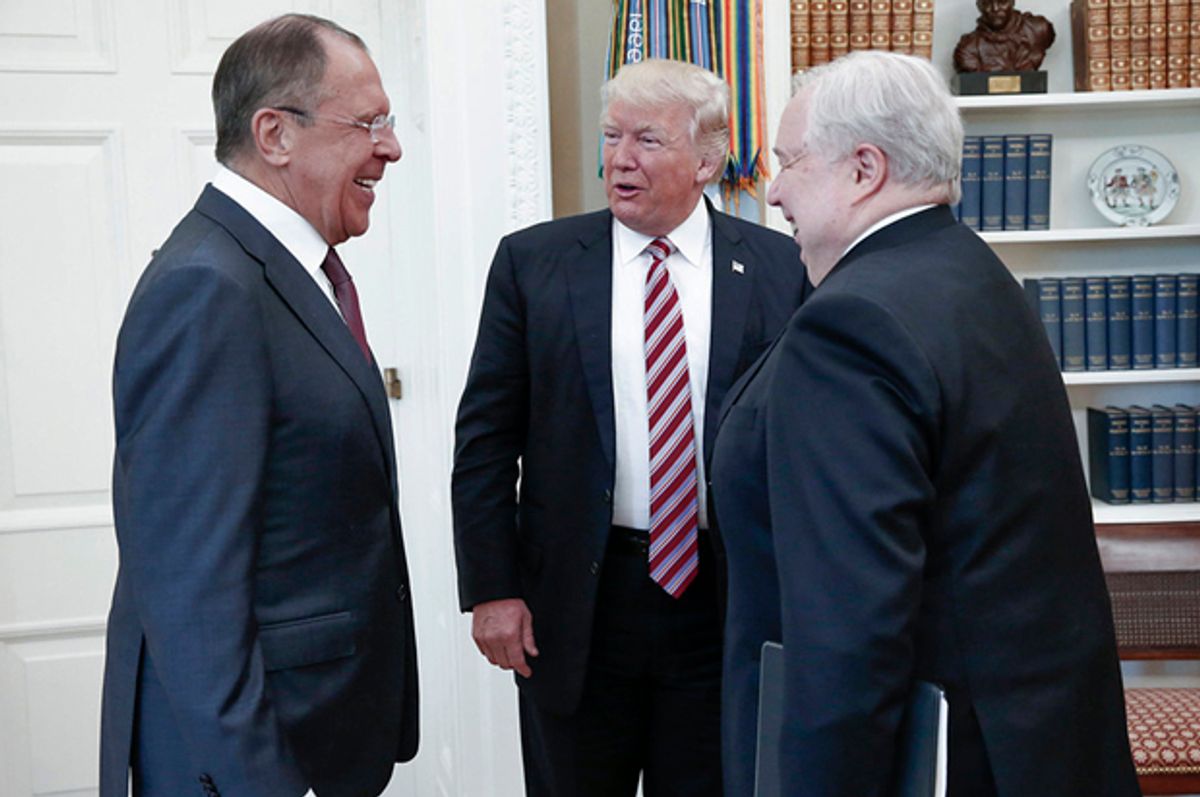 Just last week President Donald Trump told NBC News’ Lester Holt that his unprecedented meeting with the Russian foreign minister and ambassador to the U.S. in the Oval Office was a "public" meeting. The Washington Post now has reported that Trump “revealed highly classified information” to the Russians during his recent meeting.

Current and former U.S. officials told the Post that Trump relayed information from a critical source of intelligence on the Islamic State in Iraq and Syria. “The information Trump relayed had been provided by a U.S. partner through an intelligence-sharing arrangement considered so sensitive that details have been withheld from allies and tightly restricted even within the U.S. government,” wrote Post reporters Greg Miller and Greg Jaffe.

Trump’s meeting with Russian Foreign Minister Sergei Lavrov and Ambassador Sergey Kislyak — which drew scrutiny after members of the U.S. press were barred from taking pictures — occurred just one day after the president fired former FBI Director James Comey, who was leading the investigation of possible collusion between the Trump campaign and Russian operatives. The Post detailed as follows:

“After Trump’s meeting, senior White House officials took steps to contain the damage, placing calls to the CIA and National Security Agency,” the report alleged, noting that Trump did not have permission to share the material with Russians.

One U.S. official told the Post that the president “revealed more information to the Russian ambassador than we have shared with our own allies.”

In an online post published later on Monday, BuzzFeed quoted an unnamed U.S. official who confirmed the substance of the Post's article, while adding, "It's far worse than what has already been reported."

H.R. McMaster, Trump's national security adviser, who participated in the meeting, sought to defend the president, telling the Post: “At no time were any intelligence sources or methods discussed and no military operations were disclosed that were not already known publicly.”

Throughout the course of his campaign, Trump repeatedly attacked Democratic nominee Hillary Clinton for maintaining a private email server and thereby risking the exposure of insufficiently secured classified information.