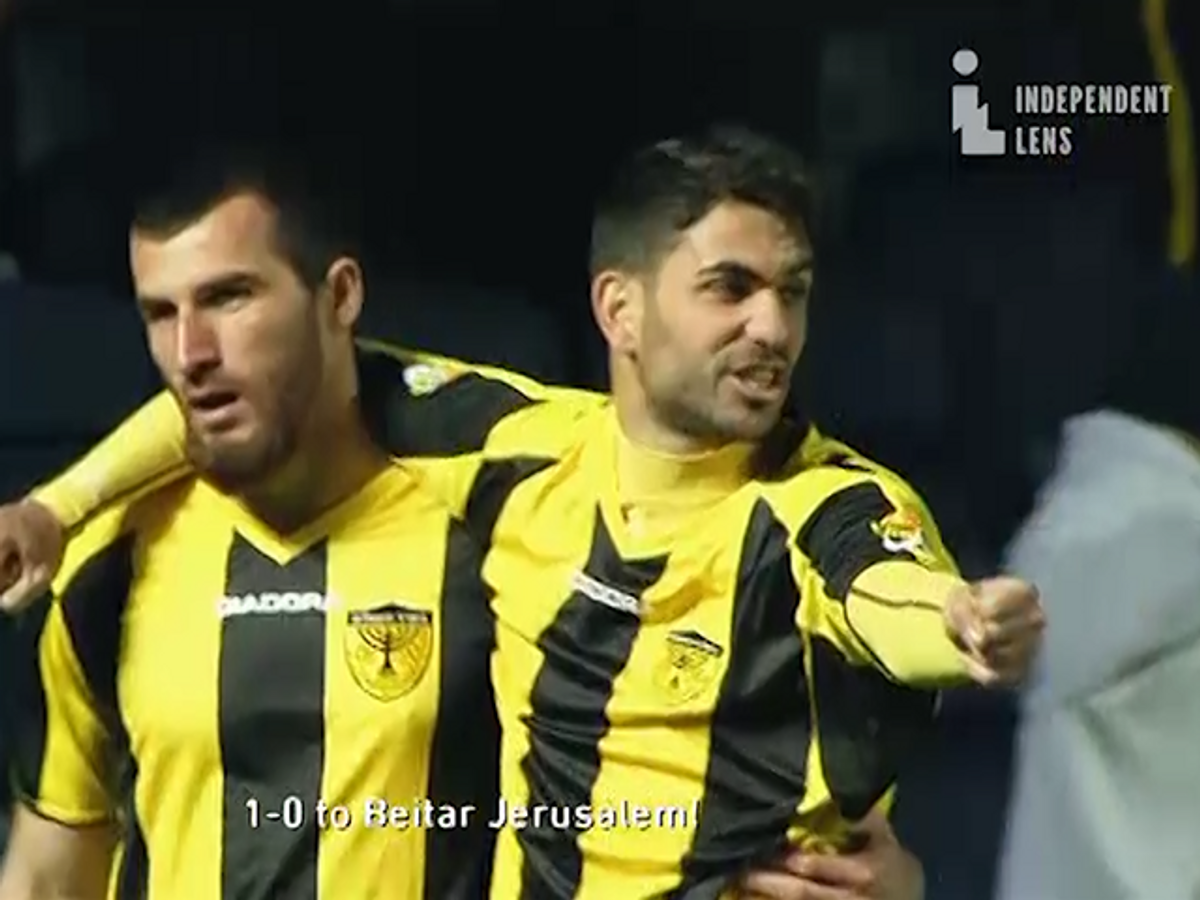 Years ago, as a visiting American, I attended a Queens Park Rangers football match in a weathered old stadium in Shepherd’s Bush, London.

My young English nephew, who had invited me to the game, stopped just before we entered the gates and warned, nervously, that I should expect some homophobic chants from local fans. He explained that the visiting team, Watford, was owned by Elton John.

And sure enough, as the game got underway, I found myself surrounded by singing and swaying fans, mocking their opponents with anti-gay choruses. “Don’t boffer about it,” my nephew apologized in his working-class London accent. “They don’t really mean it.” He knew it was wrong, but I wasn’t so sure about those fans. They seemed to relish their prejudice.

The memory of that afternoon came back to me as I watched the documentary, “Forever Pure,” about Israel’s most popular and controversial soccer team, Beitar Jerusalem. Long associated with the right-wing Likud Party, Beitar is the only team in the Israeli Premier League to have never have fielded an Arab-Israeli player.

“Here we are, the most racist team in the country!” Beitar’s ultranationalist fans chant brazenly as their team takes the field.

During intense matches, many shout, “Death to the Arabs.” It sends a chill down the spine. They certainly sound like they mean it.

Not all Beitar supporters share such sentiments. The worst culprits call themselves “La Familia” and inhabit the rowdy east stand of Beitar’s Teddy Stadium. During the 2012-13 season, the team’s owner, an Israeli-Russian oligarch, Arcadi Gaydamak, infuriated these hard-core, "ultras" by recruiting two Muslim players from Chechnya.

What transpired next is told by Israeli filmmaker and journalist Maya Zinshtein, who gained insider access to all the parties involved.

As can be seen in this excerpt from Zinshtein’s film, the controversy tore the team apart and led to violent threats against the management.

The hatred and ethnocentrism the film exposes is hardly unique to Israel. Pele’s “beautiful game” of soccer has long been tarnished in Europe by a fringe of right-wing, racist thuggery. But as the team’s beleaguered chairman Itzik Korenfine and Israeli President Reuven Rivlin warn, such dangerous, extremist views and behavior must be resisted. “Our silence legitimizes this,” says President Rivlin.

There’s an intriguing update: The team’s current owner, Eli Tabib, recently announced a “no-tolerance” policy for the racist chants and singing that have made Beitar notorious. If it happens again, Tabib vows, he’ll pull his players off the field and forfeit the game. That would be costly, as the team battles to gain at least third place in the Israeli Premier League and therefore qualify for play in the Europa League.

It’s a business and a public relations move, said Zinshtein, and she suspects it may have something to do with all the attention her film, “Forever Pure,” is receiving in Israel where it was released in theaters and broadcast on Israeli TV in February. She also won the award for best documentary director in last year’s Jerusalem Film Festival. Forever Pure” airs May 15 on PBS' Independent Lens (for which I serve as a producer) and will be available online for a limited time.

It’s a raw portrait of prejudice and mob rule — a cautionary tale about the intersection of sports and politics at their most disturbing.