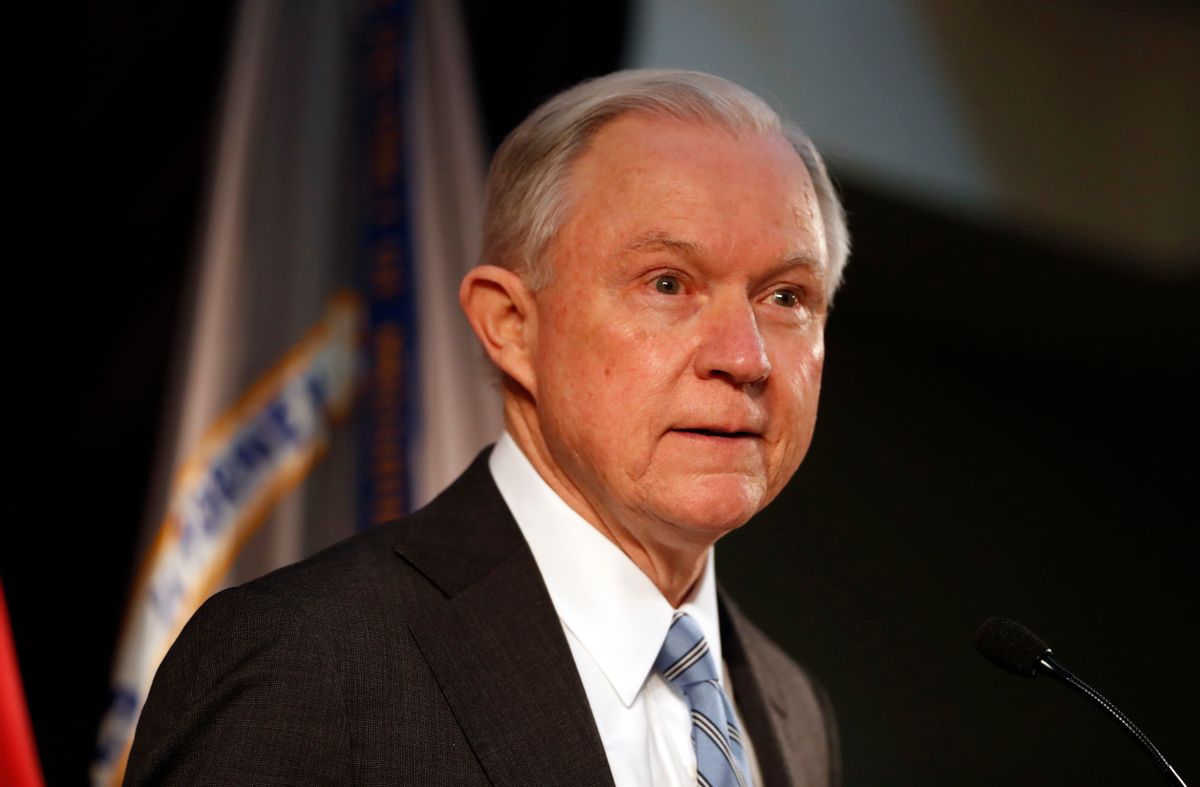 The street gang Mara Salvatrucha 13, commonly known as MS-13, was born in the United States.

Despite what President Donald Trump and Attorney General Sessions have claimed, lax immigration policies are not what allowed MS-13 and other Central American gangs to form in the U.S. Rather, these criminal groups spread largely in response to failed U.S. anti-crime policies in the 1980s that were later adopted in Central America.

Now, the Trump administration’s push to demonize the immigrant population, fashioning new threats in the form of MS-13, may recreate the conditions that ruptured communities and increased violence in the past.

My research for more than two decades on Central American gangs shows that migration policies may not be as important as other conditions in the expansion of transnational gangs like MS-13 and other youth gangs roaming some of our cities.

The American and Salvadoran trademarks

MS-13 appeared and developed in the streets of Los Angeles during the early 1980s. It was formed by the children of Salvadoran immigrants fleeing from that country’s civil war. The first members of MS-13 were kids who met hanging out on street corners, just like thousands of other minority kids in underprivileged communities of Southern California. Youth found an identity in these groups. MS-13, as well as myriad other gangs that populated the L.A. barrios, provided a sense of purpose and respect that many estranged teenagers craved.

Nearly two decades later, in the early 2000s, MS-13 expanded in Central America. Most of the gang members who beefed up the ranks of MS-13 in El Salvador and other countries in the region did not come from the U.S., as many people believe.

A survey of active Salvadoran gang members conducted by the University of Central America in 1996 showed that only 16 percent had been to the U.S. Only 12 percent had joined the gang outside El Salvador.

This percentage has hardly increased. A 2016 study with gang members in Salvadoran prisons conducted by Florida International University found only 10 percent reported having ever been in the U.S.

Most youth gang members do not travel internationally founding new criminal groups. They live and die in the same places they hang out with their peers.

Two conditions were critical for the spread of transnational youth gangs: the diffusion of American gang culture and the dissemination of anti-gang policies across the region.

First, MS-13 went transnational through the “cultural diffusion of gang styles.” In the early 1990s, local gangs already populated many of the slums and barrios in Guatemala, El Salvador and Honduras. The arrival of the children of migrants back to their parents’ homelands when they were deported or voluntarily returned brought new gang identities.

These identities entailed gang styles: the use of tattoos, hand signs and the observance of street rules. Dazzled, homegrown gangsters took those new identities from the U.S. and adapted them to local conditions in which violence, draconian anti-gang policies and profound inequality prevailed.

But the saga of transnational gangs is also the story of the cultural diffusion of anti-crime policies and security narratives. These ideas traveled across countries and shaped criminal justice responses in the region. Youth gangs in El Salvador and neighboring countries became transnational, in part, because as anthropology professor Elana Zilberg at UC San Diego has pointed out, the policies utilized to tackle them also had a transnational nature.

This side of the story started in the 1980s when thousands of youth gang members in Southern California were rounded up and imprisoned as part of law enforcement crackdowns. Police units led by LAPD’s Community Resources Against Street Hoodlums (CRASH) arrested thousands of youth suspected of gang membership in what was then known as Operation Hammer. Many of those were never charged, but as criminologist Malcolm Klein of the University of Southern California has contended, the crackdown only increased the levels of cohesion among gangs and defiance toward law enforcement.

Some years later, those same policies that focused only on enforcement against gangs, such as those proposed by Sessions and Trump, were exported to Central America. By the early 2000s, politicians and police institutions in Guatemala, Honduras and El Salvador were attempting to regain legitimacy in the midst of crumbling economies. They zeroed on youth gangs and embraced draconian anti-crime policies that resembled the doctrine and modus operandi of the CRASH units in Los Angeles. Those policies were known as the “mano dura” programs.

The results of mano dura in Central America were devastating. In El Salvador, the spiritual homeland of MS-13, the police arrested nearly 31,000 young people from 2003 to 2005. Accused of gang membership, 84 percent were later released without any charges. However, the prison population increased more than threefold during the decade, going from 7,754 prisoners in 2000 to 14,771 in 2006 to more than 24,000 by 2010. Crackdowns were especially brutal as police operations lacked internal oversight and abuses of human rights accumulated.

In response, youth gangs increased their cohesion, established structures oriented toward criminal activities and networked with fellow countrymen and foreign nationals. Prison contacts reinforced the transnational awareness of the gang organizations. MS-13 plunged into street wars against their rival Eighteenth Street Gang in their effort to expand territorial control and assert group identities. Such wars contributed to astronomical rates of violence.

When some of these youths moved back again to the U.S., following the migration patterns of relatives and friends, they carried back the gang ethos that had been transformed in Central America as result of the street wars and harsh crackdowns. However, most of them settled in districts where law enforcement resources had been able to disrupt gangs and their activities since 2010. Very few, nonetheless, fell through the cracks and generated spots of intense gang violence, as we have seen in Long Island. Yet these hot spots do not amount to a national trend, as claimed by the current administration.

Déjà vu all over again?

Gangs expanded and became transnational not only because migration and globalization propagated the American gang identities and archetypes, but also because governments across the region carbon copied policies that ignored the structural and immediate conditions that alienate youth and push them to violence. Instead of addressing the predicaments faced by underprivileged communities, these policies increased marginalization and abuse.

In many places, youth join gangs for the same reasons previous generations did. They are searching for identity and respect. The transnational nature of MS-13 and other gangs operating in the region is profoundly entrenched in what happens at the local level. To the extent that government policies do not acknowledge such complex realities, the wicked appeal of MS-13 may only grow.