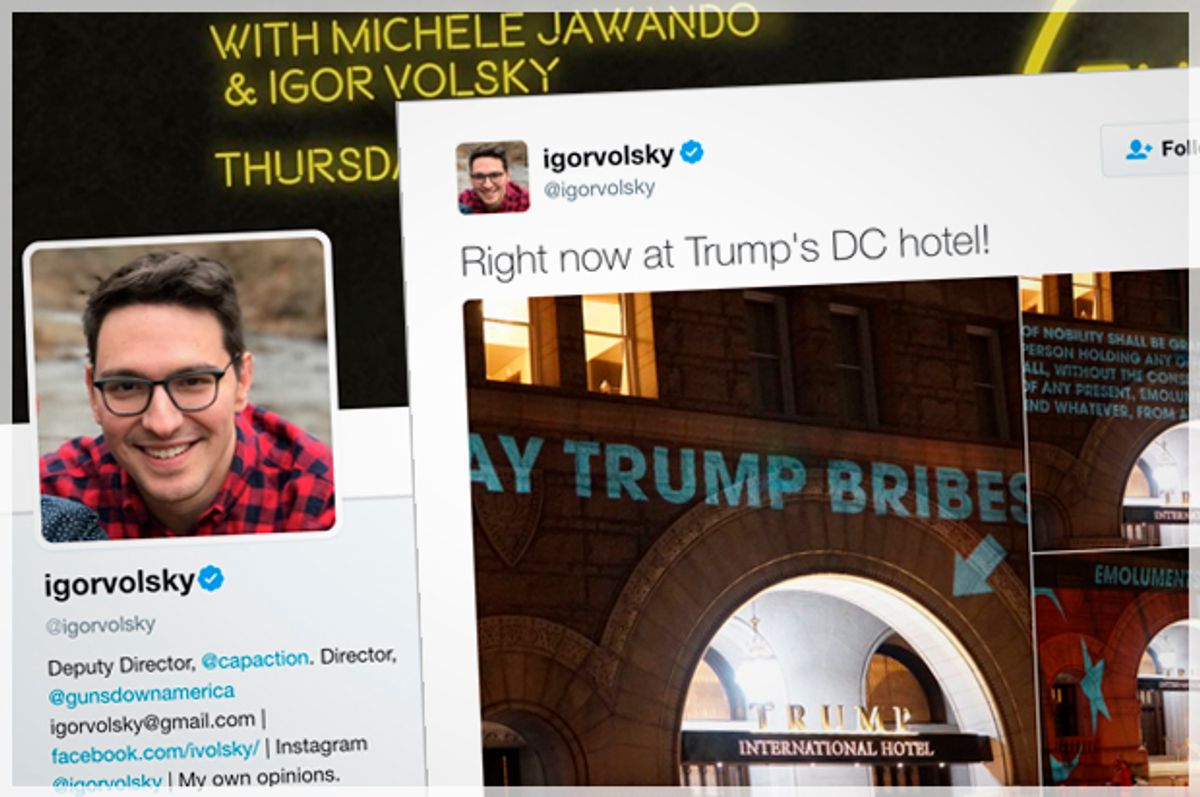 As The New York Daily News reports, artist Robin Bell projected a number of messages critical of President Donald Trump across the façade of the Trump International Hotel in Washington D.C. last night.

Among them were the words, “Pay Trump Bribes Here,” and key elements of Article 1, Section 9 of the U.S. Constitution — the so called "emoluments clause" that would seem to prohibit government officials from accepting gifts, money or other benefits, “from any king, prince, or foreign state." Another projected message read, "Emoluments Welcome Here."

The light display, projected from across Pennsylvania Avenue, lasted for about 10 minutes and drew a positive responses both in person and on social media.

The hotel, which opened shortly before the President took office, has become a nexus of debate and controversy as critics have claimed that any use of the hotel by foreign officials or businesses negotiating or lobbying the U.S. government would constitute a benefit to Trump and thus a violation of the Constitution.

While some foreign dignitaries have expressed a preference for using a hotel owned — at least in part — by the President, the Trump camp has claimed that the Commander in Chief is not legally bound by Article 1, Section 9. Some scholarship and analysis by the U.S. General Services Administration backs that position. That said, recent reports suggest that prices at Trump International’s restaurants have surged following the President’s inauguration.

The Los Angeles Times reports that this is not Bell’s first protest against the current administration through light projection. In the past, he has targeted the headquarters of the Environmental Protection Agency. As the artist told the paper about future projected protests, “We’re not going to slow down any time soon.”