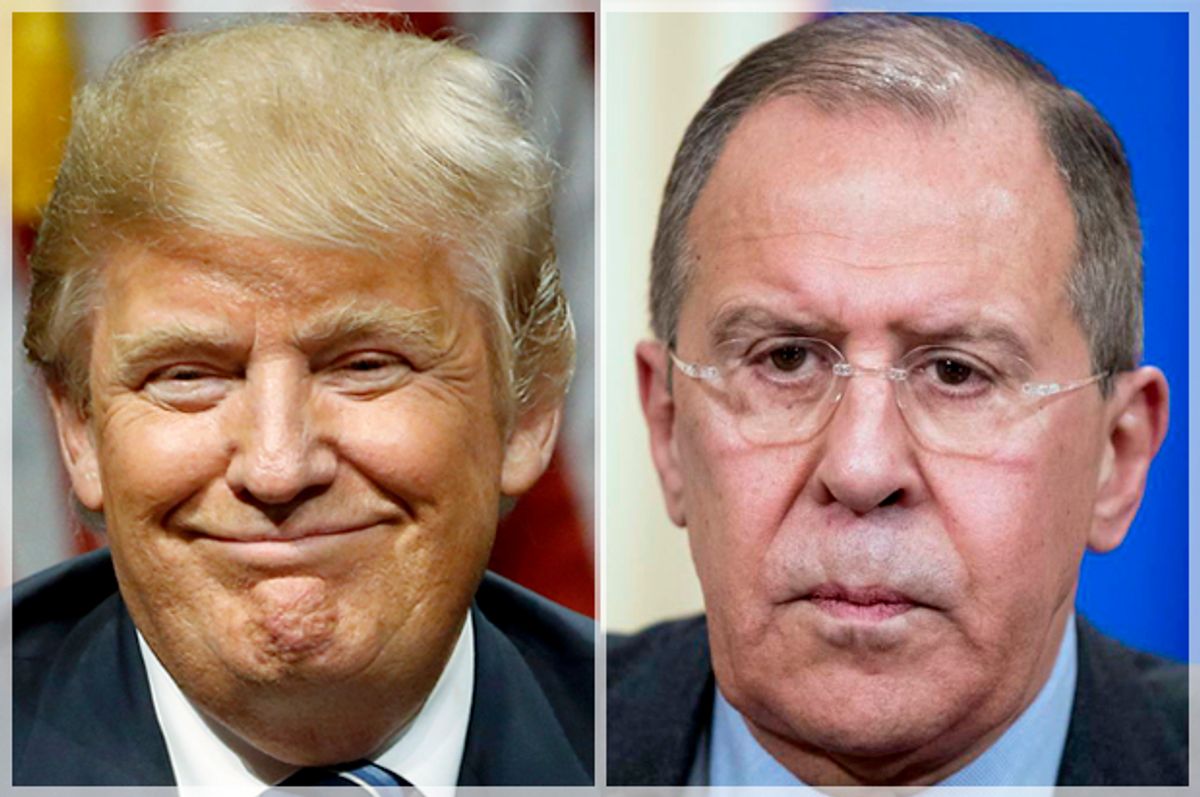 I have written dozens if not hundreds of essays about Donald Trump from the 2016 presidential primaries through to his presidency. He is quite literally the gift that keeps giving. Unfortunately these are gifts that I (as well as a large majority of the American people) do not want.

In my chronicling of the threat to American democracy posed by Donald Trump, I have repeated several themes. As demonstrated by his words, deeds and political agenda, Donald Trump is a plutocratic authoritarian and a fascist. Trump is also an ignorant buffoon, a racist, a nativist and a bigot. He is also a misogynist who has bragged about sexually assaulting women. (He denies having actually done so, but nobody believes him.) In addition, Donald Trump is a con artist and a habitual liar whose mental stability and emotional maturity are extremely suspect.

Trump was aided and abetted by a hostile foreign power that undermined the 2016 presidential election with the goal of installing him in the White House. By virtue of this fact, Donald Trump is a traitor. Any Republican Party officials who continue to support Donald Trump are traitors as well. This label also applies to his supporters among the American people. Collectively, the Republican Party and Trump's voters have put power and party over country. They should be shamed and held accountable for such a despicable decision.

The last few days we have witnessed a series of events that could not have been conceived of by the worst writer or filmmaker. A federal grand jury has issued subpoenas related to Trump's former national security adviser, Michael Flynn, as part of an investigation into his inappropriate (and perhaps illegal) connections to Russia. In a textbook example of obstruction of justice, Trump has fired the director of the FBI in order to stop the investigation of his campaign's possible involvement with Russian intelligence during the 2016 presidential election.

A day after firing FBI Director James Comey, Trump then met with Russian Foreign Minister Sergei Lavrov and Ambassador Sergey Kislyak in the Oval Office, where he apparently divulged highly classified intelligence information to them. These events are part of a whirlwind of activity that also includes investigations by U.S. law enforcement of Donald Trump's businesses and rumored money-laundering operations with Russian banks and other entities. It has also been suggested that Trump summarily dismissed 46 federal prosecutors in order to sabotage any investigations of those matters.

If any (or all) these events had occurred during the tenure of Barack Obama — or even a Hillary Clinton presidency, the Republican Party, its propagandists and its supporters would literally be at the gates of the White House with pitchforks, torches and nooses in hand.

Yet somehow Donald Trump was elected president and continues to hold onto power. How is this happening?

Despite a few signs of slippage, the Republican Party continues to worship Trump like they would a cult leader. It seems bonded to him in a political suicide mission: He holds power, but largely does the party their bidding. For Trump's voters, he is a hero and a projection of their collective ugliness, anger, ignorance, meanness and bitterness toward "liberals," "elites," nonwhites and the "other" more generally. Because of this, Trump remains remarkably popular among his core voters and Republicans en masse — even when accounting for his extraordinary record of blunders and policy failures during his brief time in the White House. Thus it is highly unlikely that Donald Trump will be impeached, convicted and subsequently removed from office.

Racism and sexism are the core qualities of the toxic white male identity politics that Trump rode to victory over Hillary Clinton. In many ways, these values continue to protect him.

The white-supremacist conspiracy theory called "birtherism" that was used by Republicans — and in particular by Donald Trump — to undermine Barack Obama's presidency is one striking example of this phenomenon.

Researchers have repeatedly demonstrated that there is a partisan and gender divide when people assess whether women possess strong leadership skills and are suitable for senior positions of power or authority.

This shadow hung over the 2016 presidential election. Hillary Clinton was one of the most qualified candidates ever to seek the presidency in the history of the United States. But Clinton was hounded by false and disproved accusations about her mishandling of supposedly classified emails, as well as by the accusation from conservatives — and too many mainstream corporate media outlets — that she was not physically or emotionally strong enough to lead the country.

As a reactionary backlash against the gains of the civil rights movement, conservatism and racism have effectively become one and the same thing in the United States. In combination with authoritarianism and sexism, an extreme form of right-wing partisanship has smashed expectations about normal politics and now controls the Republican Party. In fact, Republicans are ideologically incapable of divorcing themselves from Trump; he is the distillation of all the values they have represented for 40 years.

I am often asked two related questions: How does racism hurt white people? How does sexism hurt men?

Donald Trump is an answer to both questions. He is profoundly ill-equipped, unprepared and unqualified to be president of the United States. Trump's regime has already damaged the global prestige, respect, safety, health and security of the country. His policies will cause immense damage to the United States economy while he fills his own, his family's and his inner circle's bank accounts with money pilfered from the American people or paid him by the rich and the powerful for access to the White House. Most important of all, Trump's authoritarian values make him a clear and present danger to American democracy.

In total, Donald Trump is white-male mediocrity and unearned privilege — with its hand on the nuclear button and the Russians in his ear. Life is in many ways a type of lottery: A person cannot choose the body or family he or she will be born into. If Donald Trump were anything but white, male and rich, he would most certainly not be president of the United States. If he had somehow made his way to the White House as a woman or a person of color (or both), he would surely have been impeached and removed from office by now.

Unfortunately, racism and sexism are plain facts and recurring features of American life, from the school yard all the way up to the White House. Donald Trump is not an aberration. He is the American system, working precisely as designed.