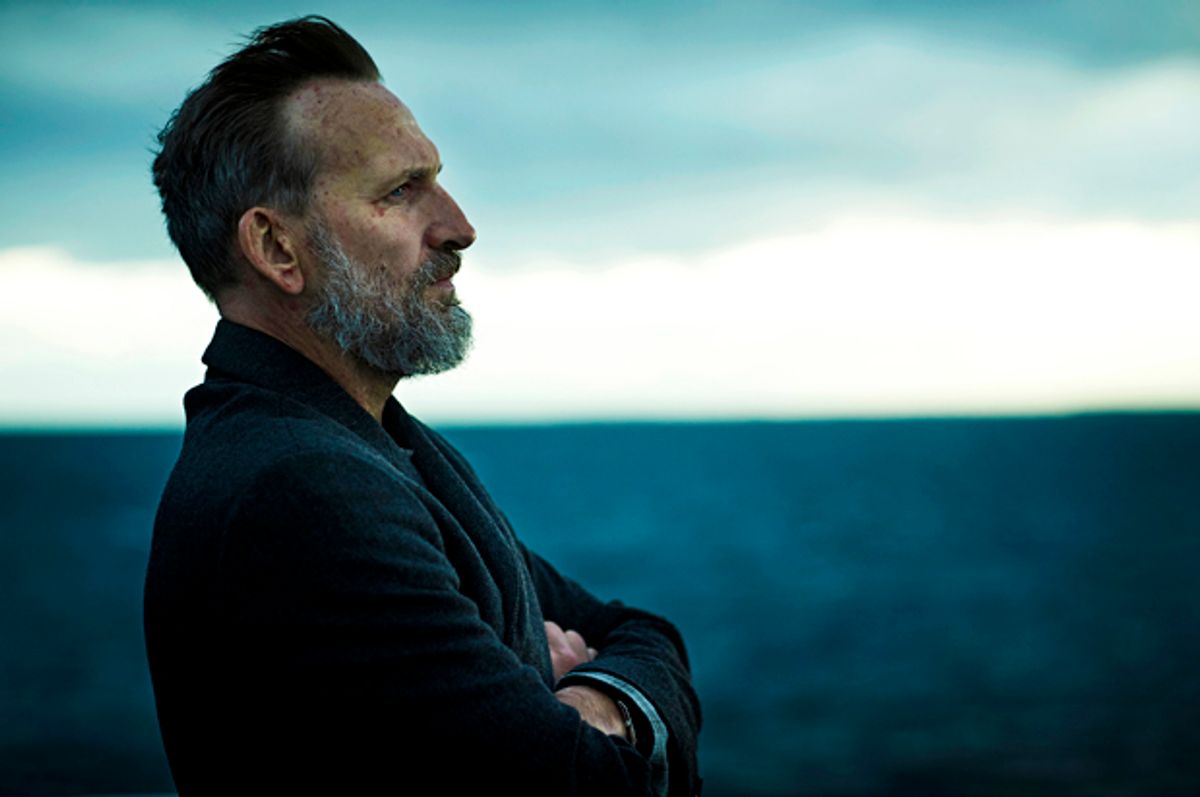 Christopher Eccleston as Matt Jamison in "The Leftovers" (HBO/Ben King)
--

On Sunday showrunner Damon Lindelof added a meta dimension to the night's episode of “The Leftovers.” In an interview with New York magazine's TV critic, Matt Zoller Seitz, Lindelof explained how Zoller Seitz had influenced the episode.

It’s a long story, but it basically goes like this: Zoller Seitz wrote an enthusiastic review of a second season episode that focuses on the preacher Matt Jamison and Lindelof read it. At the end of the season, Zoller Seitz wrote another piece that advocated for the show to be renewed, which Lindelof also read. The day after the piece was published, Lindelof got a call from HBO’s president of programming, saying that the show had been renewed. Lindelof wasn’t sure whether the piece had influenced HBO’s decision. But he felt “emotional gratitude” toward Zoller Seitz, he told Zoller Seitz: When it came to making another episode that followed Matt Jamison, Lindelof “was like, I have to do Matt Seitz proud on this Matt episode.”

But beyond just doing Zoller Seitz proud, Lindelof connected Zoller Seitz with the character. He had read a piece that Zoller Seitz wrote last spring about coping with the loss of his wife. And the piece stuck with him — particularly, a sequence when Zoller Seitz described being in a hotel with a soon-to-be ex-girlfriend and mapping meaning onto a fork that was lying in the middle of the hallway, à la a fork in the road.

"Here’s what’s amazing to me about the story, or at least what occurred to me when I read it was, like, somebody put their room-service tray out in the hallway, and room service came and picked it up and the fork fell off,” Lindelof told Zoller Seitz. “That’s the story. And all of a sudden this fork now has meaning. Isn’t that just religion writ large? Like, isn’t that the whole ball of wax right there, something completely and totally devoid of meaning can suddenly have meaning if you put it in the proper context.”

Unlike what happened to Zoller Seitz, in the show’s universe Jamison hasn’t lost anyone in his immediate family. But in Sunday’s episode, titled “It’s a Matt, Matt, Matt, Matt, Matt World,” we learn that Jamison’s cancer has returned and that he is expected to die soon. Like Zoller Seitz’s story, the episode is about Jamison's reckoning with his own narrative. How could it be that his story is coming to an end? That God no longer has use for him on Earth?

The belief in God goes hand in hand with the belief in a purpose — that we are here for a reason and consequently our stories have meaning. How do you square that with inexplicable tragedy? That’s the question that undergirds “The Leftovers.” And ultimately, Jamison, like Zoller Seitz, is forced to make peace with mystery and randomness. The episode ends with his watching a lion devour a man who called himself God. Hours earlier Jamison had tied up the man and pleaded with him for answers.

Where this narrative behind the narrative gets meta is when you consider that Lindelof and his colleagues as god figures. They are the creators of the “Leftovers” universe, the ones handing Matt Jamison a death sentence and the show’s protagonist, Kevin Garvey, virtual invincibility. In this configuration, critics are apostles; they interpret and help the public make sense of the creators’ creations — in some cases by speaking directly to the creator.

In his interview with Zoller Seitz, Lindelof insinuated that the show is trying to communicate that humans create meaning and this is the basis of all religion. We are all Matt Jamison, searching for purpose and meaning in our own narratives. A fork that one comes across in the road is just a fork that someone else dropped in an unusual spot.

And yet, by making the show with Zoller Seitz in mind, Lindelof is also communicating the opposite — that, you know, maybe the fork is being dropped for us. When it feels like someone is speaking directly to us, it could be so.

Later in the interview, Zoller Seitz asked Lindelof (who is notorious for ending “Lost” in a way that was unsatisfying to many fans) whether he was comfortable with the idea that as a creator he is just feeling his way to an ending.

Lindelof’s answer said it all: “It’s possible to both be making things up as you go along and have a plan at the same time,” he said. “And that may baffle people, but it’s just true.”