"I have the absolute right," to share intel with the Russians, Trump argued on Twitter early Tuesday morning 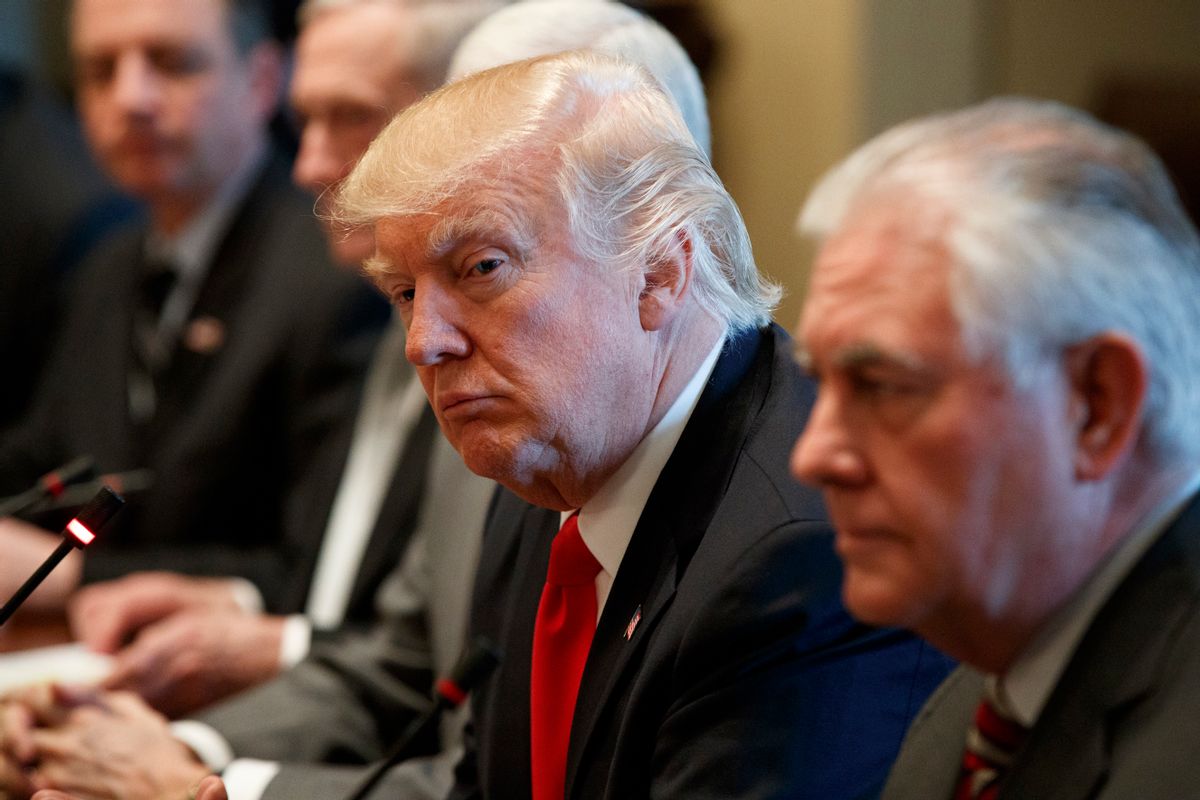 Early Tuesday morning, President Donald Trump tweeted a rebuttal to charges that he, "revealed highly classified information," to Russian officials during a meeting at the White House last week:

In so doing, the president — who recently floated the idea of canceling press conferences in favor of, "a piece of paper with a perfectly accurate, beautiful answer," — seemingly steamrolled the more pragmatic damage control efforts of his cabinet members.

"During President Trump's meeting with Foreign Minister Lavrov, a broad range of subjects were discussed among which were common efforts and threats regarding counter-terrorism," Sec. of State Rex Tillerson said in a statement on Monday. "During that exchange the nature of specific threats were discussed, but they did not discuss sources, methods or military operations."

Trump's national security adviser, Lt. Gen. H.R. McMaster corroborated Tillerson's statement: "The story that came out tonight as reported is false. The president and the foreign minister reviewed a range of common threats to our two countries, including threats to civil aviation. At no time, at no time, where intelligent sources or methods discussed. And the president did not disclose any military operations that were not already publicly known."

"This story is false," said Dina Powell, Trump's deputy national security adviser. "The president only discussed the common threats that both countries faced."

The Washington Post reported Monday that Trump had divulged information which, "had been provided by a U.S. partner through an intelligence-sharing arrangement considered so sensitive that details have been withheld from allies and tightly restricted even within the U.S. government," during an Oval Office meeting with Russian Foreign Minister Sergei Lavrov and Ambassador Sergey Kislyak.

"It was during that meeting, officials said, that Trump went off script and began describing details of an Islamic State terrorist threat related to the use of laptop computers on aircraft," the Post report adds.