New Poll: The Rock is already beating Trump in the 2020 election 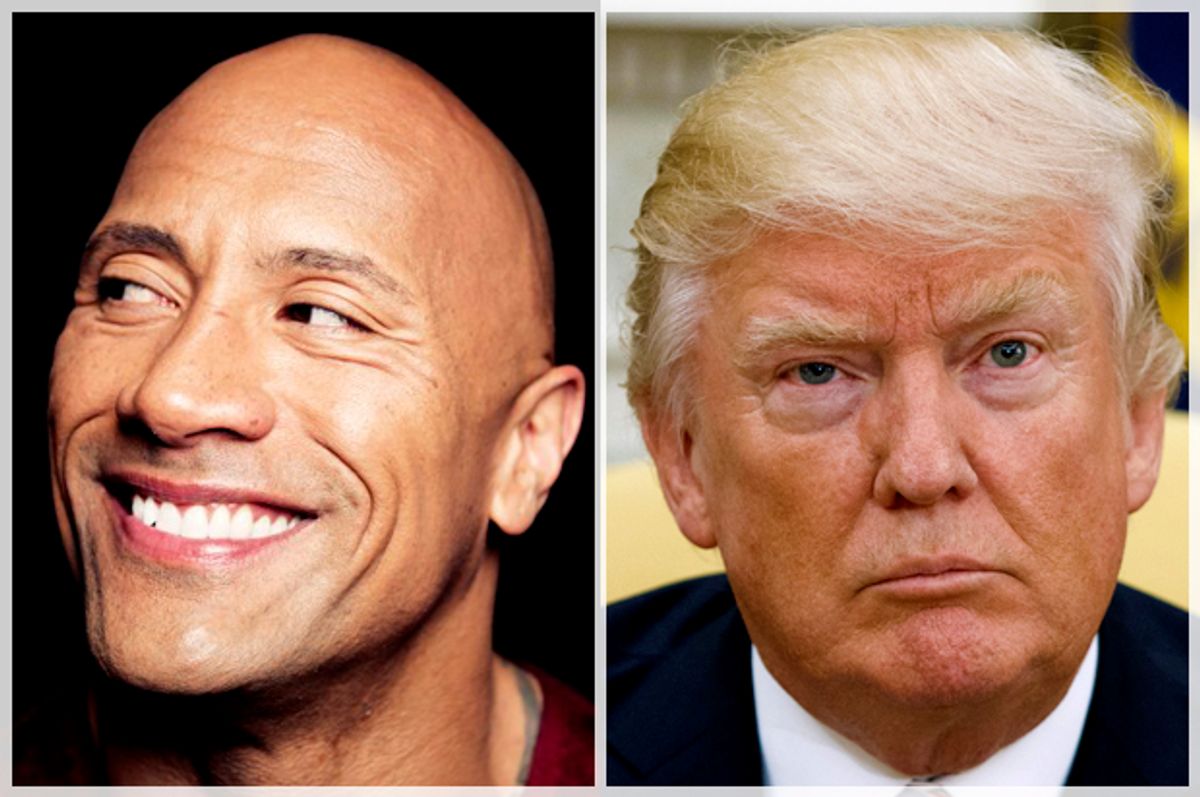 Dwayne "The Rock" Johnson, a surprising but possible candidate, is already beating President Trump in the polls — or, as the former professional wrestler would likely put it, laying the smackdown on Trump's "candy ass."

Last week The Rock indicated that he may run for president in 2020 during an interview with GQ. According to a poll out today conducted by Public Policy Polling, the "people's champ" would defeat Trump in an election 42/37. “I think that [running] is a real possibility,” The Rock said. Still, it's very, very early in the cycle, so this all may be wishful thinking.

The poll also indicated that only 40 percent of voters approve of the job Trump is doing, with 54 percent disapproving. For the first time there are more voters that are in favor of impeaching Trump, 48 percent, than there are against it, 41 percent. And only 43 percent believe that the president will make it through the entirety of his term.

Despite the White House repeatedly insisting that the public doesn't care if Trump releases his tax returns, polls continue to show otherwise. An overwhelming 62 percent of voters say Trump should release them, and only 29 percent believe that he shouldn't.