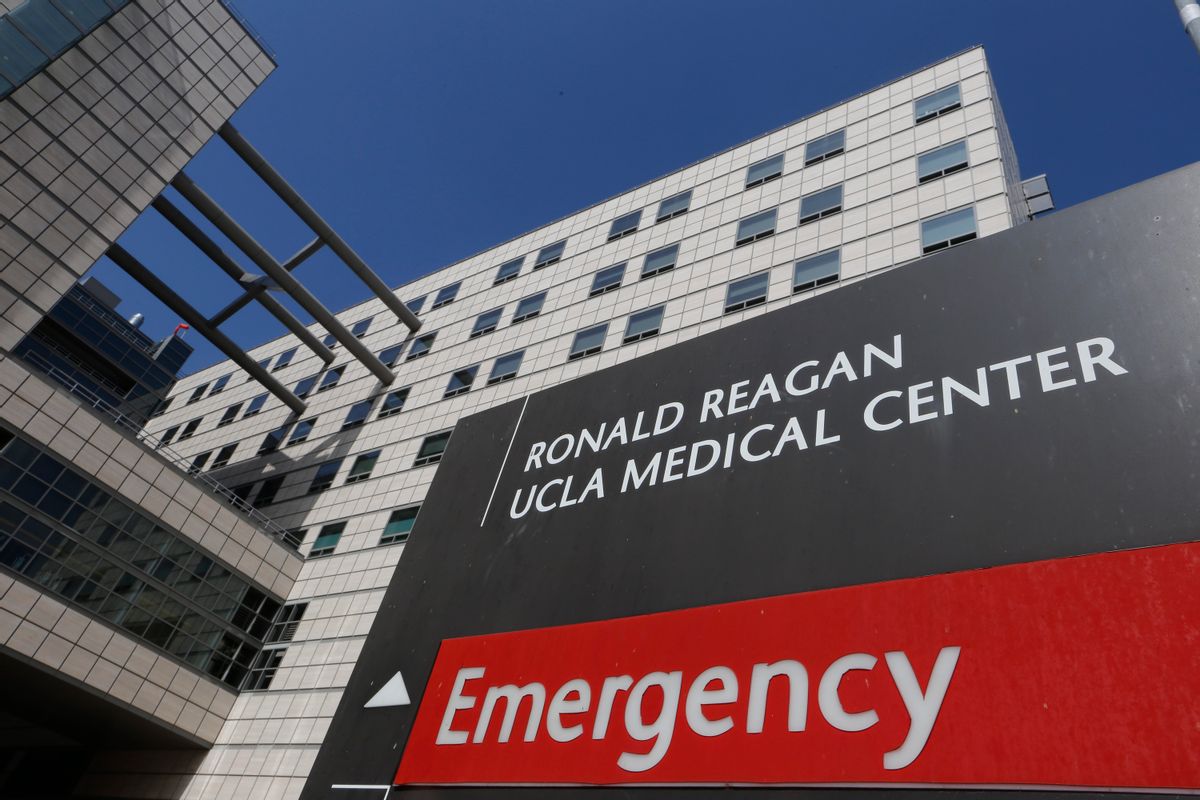 When House Republicans last week narrowly passed the latest version of their Obamacare replacement, the American Health Care Act (AHCA), much of the attention was on the last-minute amendment inserted by Rep. Tom MacArthur (R-NJ). On its surface, the amendment appeared to create a waiver for Obamacare’s “community rating” regulation, and would now allow insurers in conservative states like Texas or Arizona to return to the pre-Obamacare days of charging more to customers with preexisting medical conditions.

But the amendment’s fine print, the Wall Street Journal reported, goes much further. It would put virtually anyone — regardless of where they live — who gets health insurance through a large, self-insured employer, at risk of losing protections that currently limit out-of-pocket costs for catastrophic illnesses. Nationally, those employees number 91 million, including over seven million Californians.

“The MacArthur Amendment allows a big company to go shopping for the state with the skimpiest insurance regulations, and to escape the federal guarantees of good coverage,” Richard Kirsch, a senior adviser to Health Care for America Now, told Capital & Main. “There are seven million Californians who probably don’t realize that the company they work for is actually their health-insurance company, and the company they work for could decide to get out of the federal regulations that require comprehensive benefits to be covered.”

One of the landmark achievements of the Affordable Care Act (Obamacare), passed by Congress in 2010, was that it for the first time established a federal standard of 10 essential medical benefits that all health coverage must offer, including some of the costliest medical expenses, like outpatient and inpatient care, emergency room visits, maternity care and prescription drugs. The ACA not only provided a federal floor, it prevented employer plans from putting annual limits on the amount of care, and it barred lifetime limits on the benefits. That means the standard applied to every policy written in the country, regardless of insurer payout for chronic and catastrophic-care cases.

But an Obama-era guidance also said that large, self-insured employers can pick from another state’s list of required benefits — a mostly empty gesture as long as the ACA’s essential benefits guarantee was in place. The MacArthur waiver changes all that by allowing states to write their own definition of essential benefits. By choosing a waiver state with bargain-basement benchmarks, employers looking to lower their costs could also impose lifetime limits and eliminate the out-of-pocket cost cap from their plans under the GOP legislation.

“It’s not a loophole, it’s a gaping chest wound,” quipped Health Access California consumer advocate Anthony Wright. “If you’re in a multi-state company, of which most large companies are, the employer only need to have one employee in [a waiver] state to basically say, ‘Hey, okay that’s the standard that we’re using, this lower standard that doesn’t include maternity coverage. It doesn’t include a lifetime or annual limit on this service.’ That’s why it’s important to people who thought that they were not directly impacted by this conversation.”

What hasn’t changed under the new version of AHCA is the ending of the Obamacare Medicaid expansion, which in Californiameans that many of the state’s five million recent enrollees could lose portions of their benefits, or possibly be dropped from coverage altogether if the bill becomes law. The AHCA would also cut the subsidies for Covered California in half and redirect that money to pay for the trillions of dollars in President Trump’s proposed tax cuts for corporations and the wealthy.

However, both Kirsch and Wright say that not all large employers will leap at the opportunity to gut the benefits of their workers offered by the MacArthur Amendment. Companies provide health benefits to employees in part to attract and retain workers, and employers that offered attractive benefits before the ACA will likely do the same under the Republican plan.

“It gets more egregious as you go down to more lower-wage type workers,” Wright cautioned. “This opens the door for all sorts of scams of workers by employers, and especially for employers that are more likely to treat their workforce as disposable.”

The MacArthur Amendment was intended to win over the roughly 30 members of the extreme-right House Freedom Caucus, who ironically joined with Democrats to oppose the bill’s initial iteration in March. At that time, the staunchly libertarian caucus, which is ideologically opposed to the very idea of federally regulated insurance markets, ridiculed the Republican bill as “Obamacare Lite.” And though MacArthur’s political calculation worked, right-wing Republicans could be setting themselves up for something far more universal and comprehensive down the road.

“When 24 million or more people lose their coverage, when rates, particularly for people who have any kind of preexisting conditions go through the roof, when deductibles skyrocket, then there’s going to be a backlash,” predicted Kirsch. ”It will move us in the direction of health care being treated as a public good, provided with a guarantee by the government, with the government at least providing a backstop.”

The “Trumpcare” bill passed by the House last week now moves to the Senate, where its chances of remaining mostly intact are said to be unlikely. Should the worst happen, however, affected employees with workplace-provided health care represent a population far larger than the oft-cited 24 million people that the Congressional Budget Office estimated would lose their insurance by 2026 under the previous version of the bill.

The momentum for more robust and equitable health-care systems could already be building. In April, a measure that would establish state-run universal health care in California, Senate Bill 562, cleared the Senate Health Committee. And, last Sunday, Sen. Bernie Sanders, who is pushing federal single-payer legislation called Medicare for All, was in Los Angeles, urging California’s Democratic-controlled legislature to pass SB 562 and “send a message that will be heard all over this country and all over the world.”