Bernie Sanders on the "White House in crisis": "There has never been a president or a candidate who has lied all the time."

Bernie Sanders says "there's something strange going on" with the president 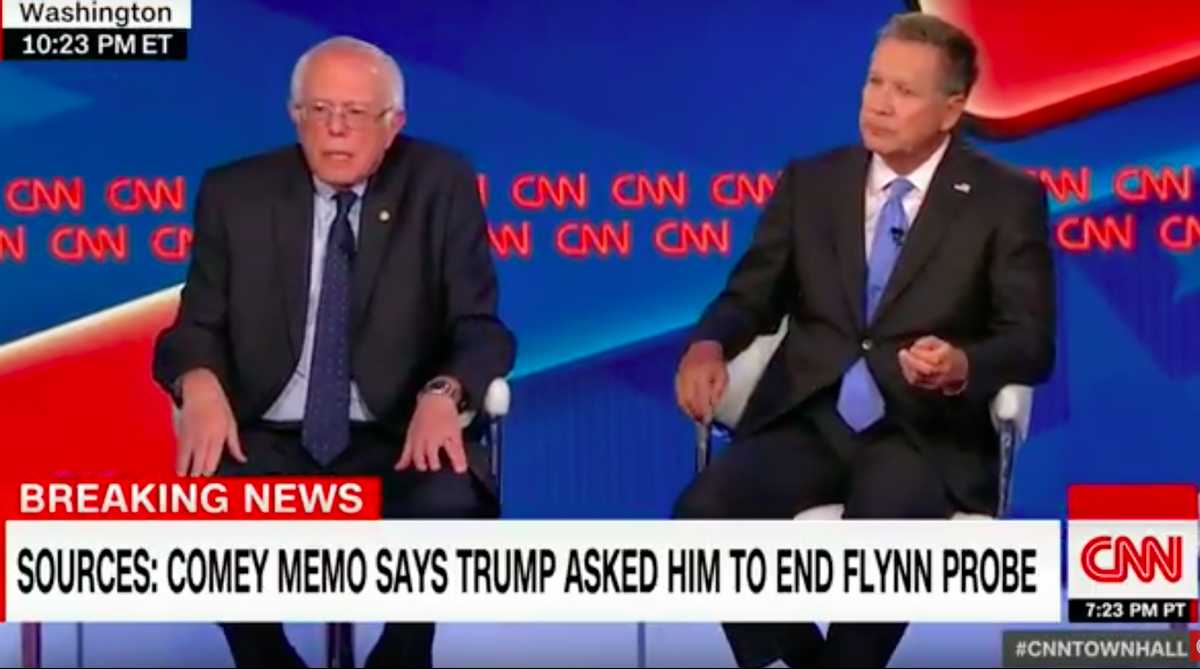 CNN's town hall debate between Gov. John Kasich, R-Ohio, and Sen. Bernie Sanders, I-Vt., aptly titled "A White House in crisis", focused on the fallout of Trump's leaking of top-secret information to Russian officials during a meeting in the Oval Office last Wednesday.

During the hour-long segment, Trump's competency provided the biggest rift between the two 2016 presidential candidates on opposite sides of the aisle.

Kasich, who, last year, took ample heat from the media and his own party for not endorsing Trump, has made it clear he's no fan of the president.

On the other hand, he's willing to give Trump a chance. After all, there's "a learning process for everybody," he told moderator Jake Tapper.

"I'm not a psychiatrist," Sanders said, "but there's something strange going on, I think, with Mr. Trump . . . there has never been a president or a candidate who has lied all the time."

Sanders then drew from a vast spectrum of controversies emblematic of Trump's past four months; from the president's continued fake news obsession to his immigration ban tied up in courts.

"This is not a typical president," Sanders insisted. "I don't think this is just a learning curve. I think he's a smart guy, but something else is going on [especially given his] affection for [Russian President Vladimir] Putin."

"All of this leads me to think you've got an authoritarian-type mind here; somebody who is not a great believer in dissent or democracy," he added. "And that worries me very much."