Trump's White House is preparing for his trip abroad by putting his name in memos, so he reads them 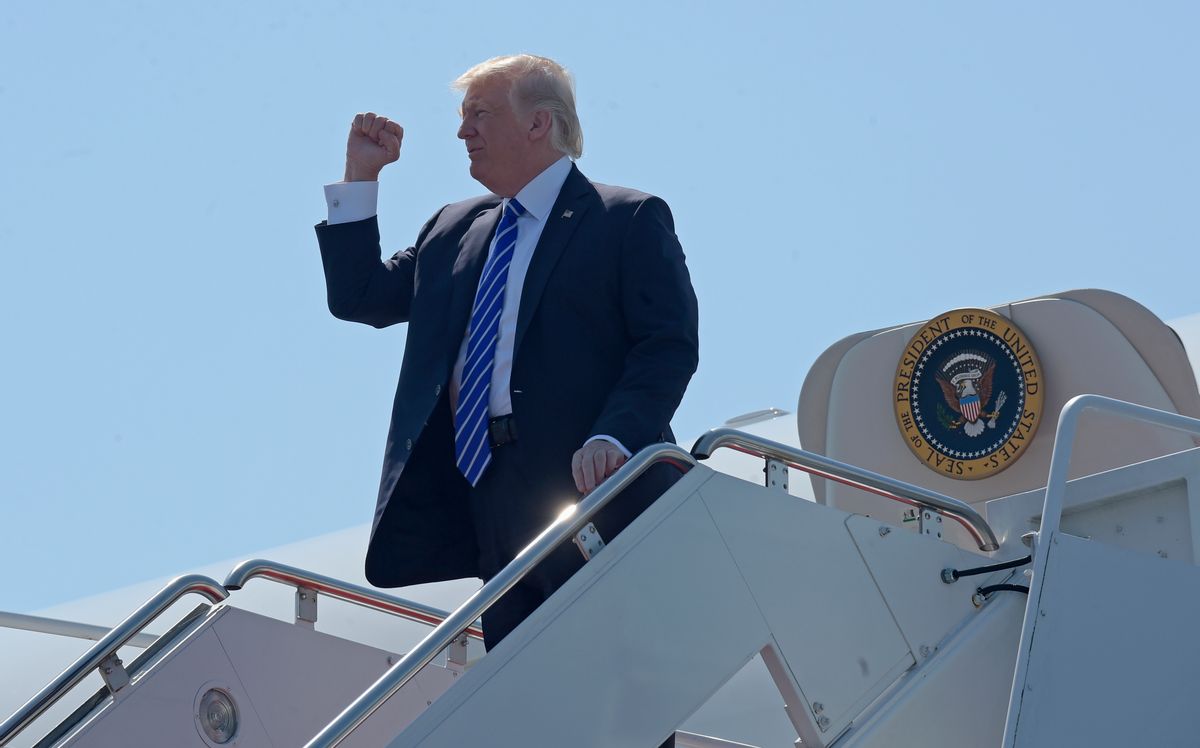 President Trump is getting ready to embark on his first international trip later this week and officials have encouraged him to stay on script, despite him having trouble doing so in the past, briefing him with single-page memos as well as maps, charts, graphs, photos and have purposely included his name in "as many paragraphs as we can because he keeps reading if he's mentioned," according to Reuters.

"He likes to visualize things," senior administration official told Reuters. "The guy's a builder. He has spent his whole life looking at architectural renderings and floor plans." Facing immense controversy at home the White House is looking to prove that it has its act together, as Trump looks "to demonstrate leadership abroad," according to Reuters.

Saudi Arabia will be the president's first stop on his nine-day endeavor which will also include visits to "Israeli and Palestinian leaders in Israel and the West Bank, the pope at the Vatican, NATO leaders in Brussels and G7 counterparts in Sicily," according to Reuters. The announcement of arms sales and financial investments worth hundreds of billions of dollars will be expected. The deal has largely consisted of negotiations between Trump's son-in-law turned senior adviser, who has dealt directly with Deputy Crown Prince Mohammed bin Salman, according to Axios. The arms sale is expected to include laser-guided bombs, naval ships and ballistic missile defense for the Saudis, largely pertaining to its war in Yemen that has resulted in the starvation of millions, the deaths of thousands as well as massive outbreaks of cholera.

Trump's trip to the kingdom will also "lay out his [Trump's] vision for a new regional security architecture White House officials call an “Arab NATO,” to guide the fight against terrorism and push back against Iran," according to the Washington Post.

A Republican strategist who is close to the White House informed Reuters that Trump needs to have a smooth trip in order to move forward. "If the White House is looking for this international trip to turn the page, then it really needs to come off well without any balls dropped or serious mistakes."

"This is their time to shine, to show Americans and the world that the White House isn’t becoming a circus of errors," he added.

However one Republican has expressed skepticism about Trump's readiness for such an important trip abroad.

Regarding the Israeli-Palestinian conflict, the Republican official put it simply, "I don't think he understands it," according to Reuters. "I think it's a very difficult challenge and I hope he's going to talk to a lot of smart people."