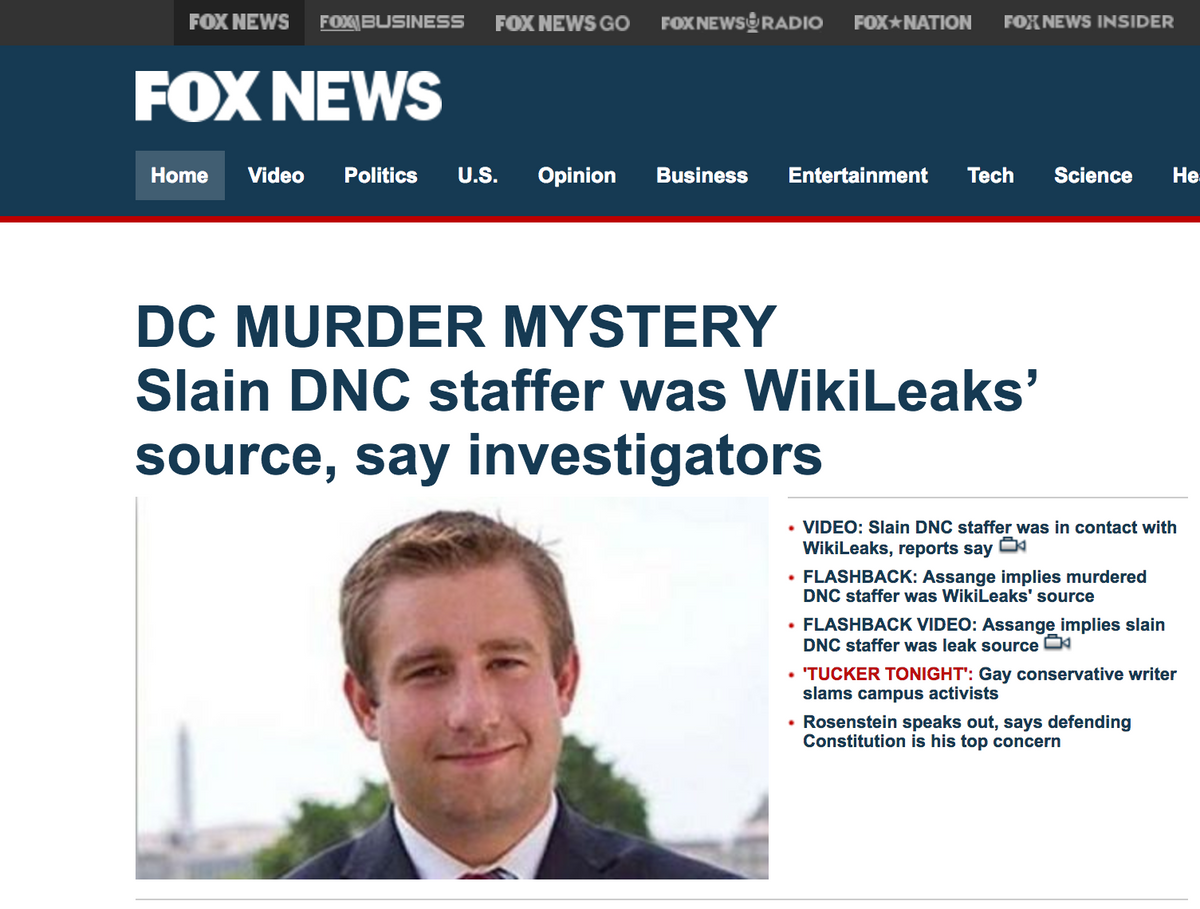 Just as much of the nation and mainstream media were consumed this week by reports that President Trump shared highly classified information with Russian officials and also requested former FBI director James Comey halt the investigation into disgraced national security adviser Michael Flynn, conservative media outlets were hyper focused on specious theories surrounding the July murder of Democratic National Committee staffer Seth Rich. But just as soon as the stories propagated by right-wing media were reported, they were debunked.

Rod Wheeler, a Fox News contributor under contract as a private investigator with Rich's family, told Fox News' local affiliate in Washington D.C., WTTG-TV, that "evidence existed that proved Rich had been in contact with Wikileaks before his death."

As CNN reported this week, "For months, right-wing media outlets have floated unproven theories that Rich was the person who provided Wikileaks thousands of internal DNC emails, and that his death might have been connected with the supposed leak," CNN reported. However, there has been no evidence to suggest that there was any contact between Rich and Wikileaks. Washington's Metropolitan Police Department is still investigating the murder but said that Rich could have been a victim of a botched robbery.

The far-right website Breitbart and conservative site Drudge Report led the charge with stories promulgating the murder mystery. Eventually, Fox News made it the lead story on its website on Tuesday, according to CNN. But it was mere hours later that Wheeler informed CNN that "he had no evidence to suggest Rich had contacted Wikileaks before his death," and had only learned that evidence possibly existed after speaking to the reporter for the Fox News story. "I only got that [information] from the reporter at Fox News," Wheeler said. Regarding his previous quote about possible email exchanges between Rich and Wikileaks, Wheeler told CNN that he was "referring to information that had already been reported in the media."

A spokesman for Rich's family, Brad Bauman, said that Fox News should be cautious about the stories they put together and also said that the family had "seen no evidence" of contact between the two parties."I think it's important for everyone at Fox News to be careful with this information and how this story breaks because using the legacy of a murder victim in such an overtly political way is morally reprehensible," he said.

Bauman then suggested that Wheeler may have broken a nondisclosure agreement by talking with the media during his investigation and that the family of Rich has considered pursuing legal action against him.