WATCH: Stephen Colbert trolls Trump and the GOP for total hypocrisy on mishandling of classified intel

Out of context, Colbert completely agrees with President Trump on one thing 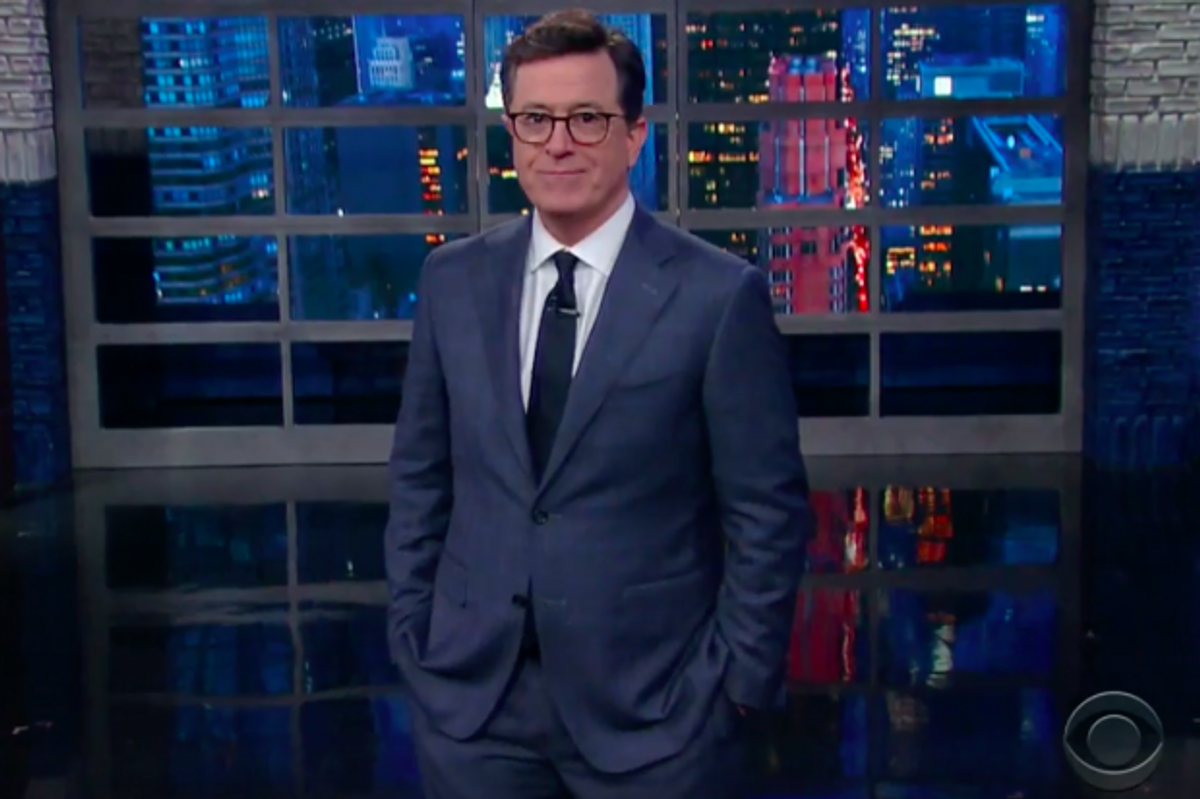 Four months into Trump's presidency, Stephen Colbert has long been fed up with Republicans' excuses for Trump. But few things are more frustrating in times of crisis than total hypocrisy from the other side.

"Right now, things that are self-evidently bad are being sold to us by people who know better as perfectly okay," Stephen Colbert began Tuesday's "Late Show."

He then turned to the Washington Post's report on Trump's meeting with Russian Ambassador Sergey Kislyak last Wednesday, which revealed Tump had leaked highly classified information to the scandal plagued-foreign official.

During the meeting, Trump also oddly boasted to Kislyak, as well as Russian Foreign Minister Sergei Lavrov, about the "great intel" he gets.

"It's like the guy working the fry station saying, 'You would not believe the tater tots I have access to,'" Colbert remarked in response.

And for viewers understandably lost in the chaos, the host then quickly summed up the chain of events following FBI Director James Comey's dismissal last Tuesday:

After "firing the man in charge of investigating his Russian ties, [Trump] met with two Russian diplomats, a meeting that was arranged by Vladimir Putin, and which we only saw because Russian photographers were in there to take photos, and at that meeting he admit[ted] he gave Russian diplomats classified information," rehashed Colbert.

But while others have cautiously broached the horror, one top Republican "did not mince words," Colbert noted. Ironically, it was Donald Trump himself.

"We can't have someone in the Oval Office who doesn't understand the meaning of the word 'confidential' or 'classified,'" said candidate Trump at a campaign rally on September 6, 2016.

"I gotta say — and I don't care if this is taken out of context," Colbert quipped after rolling the clip. "I completely agree with Donald Trump."