Chris Cornell, who committed suicide after a concert yesterday, was at the heart of the change in rock in the 1990s 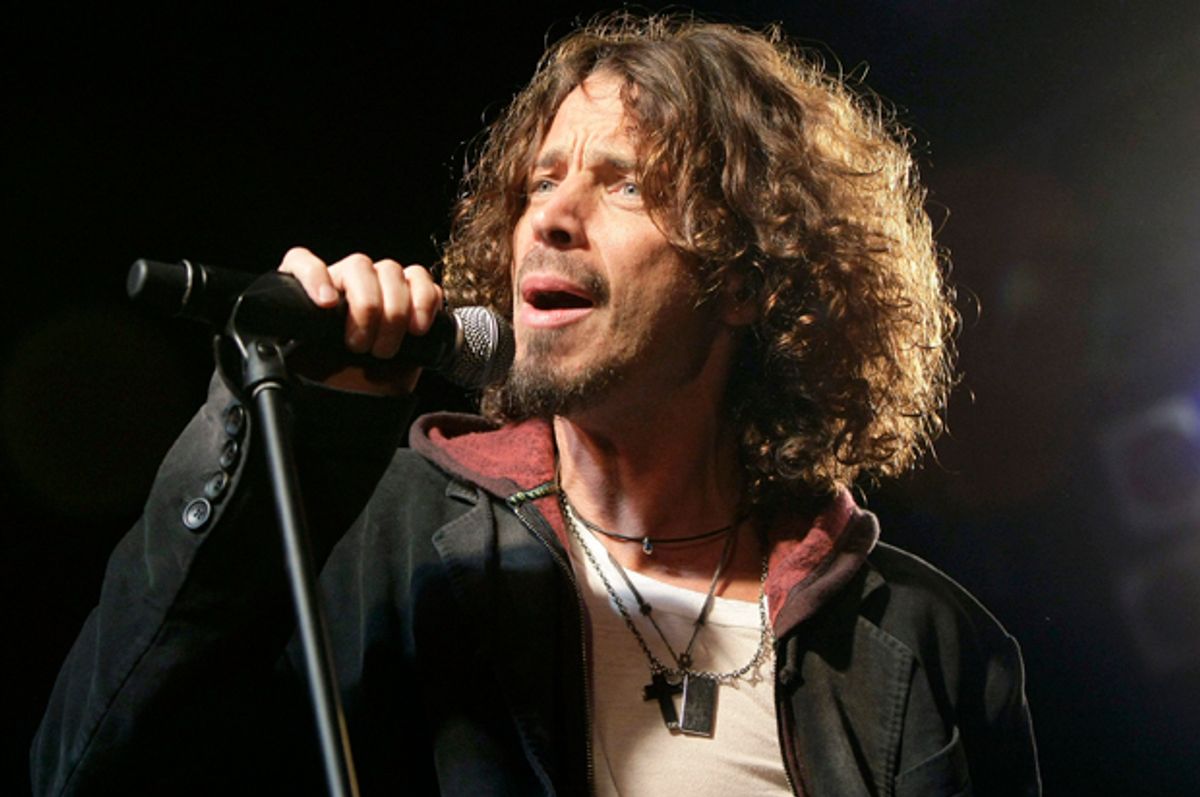 Earlier this year Chris Cornell released a new solo single, "The Promise," which doubles as the theme song to the new Christian Bale movie of the same name. Although orchestras curl up around the song's main acoustic guitar melody, Cornell's singing takes center stage. His voice, weathered like aged leather but not raspy or faltering, defies categorization: Cornell exhibits the confidence of a pop balladeer, the vulnerability of a folk singer and the weariness of a rock 'n' roll icon who's seen it all.

"The Promise" marked the latest sonic iteration for Cornell, who committed suicide after Soundgarden's Wednesday night show in Detroit. But this soundtrack song was hardly a surprising departure. Cornell lived what felt like a million musical lifetimes in his 30-plus-year career because he possessed the kind of versatile voice that gave him musical options outside hard rock.

"My history of singing has always probably been closer to a David Bowie approach than, for example, an AC/DC approach," Cornell told Spin in 2014. "I never thought of myself as being the singer that wanted to create an identity and then stick to that. As a child, I was this record collector/listener that would sit in a room and listen to the entire Beatles catalog alone, over and over and over again."

He added, "I think that affected my vocal approach because there were four singers in that band, and I never knew who was singing what. I was a little kid; I didn’t really care. I thought that’s what rock music was and I thought that’s what making an album was: You sang in the style and with the feel that the song was asking for."

Still, Cornell was one of the few hard-rock singers who didn't need a Plan B. As the frontman of Soundgarden, he steered the band's dense amalgamations of classic rock, heavy metal and psychedelic rock with fearless gravitas. He'd slide from feral yowls to somber intonations, often in the same song, capturing the band's roiling disquiet. Soundgarden was lumped into the grunge movement almost by default, but the band transcended this niche in large part because Cornell pushed it into more classic territory.

If anything, Cornell felt like the glue that held together Soundgarden's disparate sonic textures and personalities together. That was one of his strengths as a band frontman — a fact that became clear when he moved on to front Audioslave, a group comprised of Rage Against the Machine's instrumentalists. Cornell corralled Audioslave's towering hard rock into something both fresh and timeless, by being a typically expressive vocalist: passionate and wary, cathartic and subdued.

Unlike many of his peers who had to work around unique or unorthodox voices, Cornell was a naturally charismatic singer with acrobatic range. Although open about his influences — namely, he was an avowed acolyte of the Beatles and Led Zeppelin — Cornell absorbed what he learned from these greats and spun this into his own strengths. It's difficult to call someone so popular underrated or underappreciated, but Cornell's presence was easy to take for granted, since he was such an ingrained part of rock 'n' roll culture.

Yet Cornell's studious, malleable approach to music also made him a natural for moving beyond pure hard rock and into movie soundtrack work. He showed off a stunning, blues-influenced delivery — a torch singer's croon, really — on "Misery Chain," a duet with Joy Williams on the "12 Years a Slave" soundtrack. Cornell brought a rugged touch to "You Know My Name," the theme of the 2006 James Bond movie, "Casino Royale," and turned in a dusky, haunted vocal performance on the Golden Globe-nominated "The Keeper."

Best of all, however, is "Sunshower," a lost classic on 1998's "Great Expectations" soundtrack. The psychedelic-tinged acoustic pop song boasts one of Cornell's most commanding and naked vocal performances:  "When you're all in pain/ And you feel the rain come down," he sings, his voice cracking with anguish. "Oh, it's all right/ When you find your way/ Then you see it disappear/ Oh, it's all right." "Sunshower" is both comforting and despairing; Cornell gives into emotional pain, while also reminding himself that these feelings are temporary.

As this song underscores, Cornell's solo work was rewarding for listeners in entirely different ways — bare and vulnerable and often so intimate that it felt like an intrusion to listen. (His 1999 solo album, "Euphoria Mourning," is a particularly underrated collection.) But Cornell flourished with this approach, especially when performing live. Like another one of his idols, Elvis Costello, he embarked on marathon solo shows, where he could cover favorite songs (John Lennon's "Imagine," Led Zeppelin's "Thank You"), tell stories and dip into different corners of his catalog. For some artists, acoustic shows are a necessary evil; Cornell, however, was comfortable being alone.

About the only solo departure that didn't work was "Scream," a widely derided, electro-leaning 2009 album produced by Timbaland. The lukewarm reception had less to do with Cornell's performances, however, and more to do with biases against rockers going pop. And this didn't hurt his career: All told, Cornell dominated mainstream rock radio throughout the '90s and well into the 2000s, making him as much the patriarch of modern heavy and hard rock as Eddie Vedder, and the late Kurt Cobain and Layne Staley.

In fact, as Salon's Gabriel Bell pointed out, "Cornell's death marks the passing of yet another voice and face familiar to those who grew up witnessing the profound changes rock music underwent in the early 1990s." It's shocking and jarring that another one of these familiar icons is gone, especially in the midst of what appeared to be a successful Soundgarden tour. The band was due to headline Friday night during the sold-out Rock on the Range festival in Columbus, Ohio.

On my Facebook page, no two people were posting the same Cornell-associated song, another testament to the breadth and depth of his career. Yet whether performing snarling hard rock or plaintive acoustic folk, Cornell exuded melancholy, anxiety and desolation via his voice. Even early on in Soundgarden's career, when his fondness for Robert Plant was most evident, Cornell sounded like an old soul, his angst coming from a deep, unknown place. He was a great singer because of his empathy — an innate characteristic that can't be taught, but something he possessed in spades.