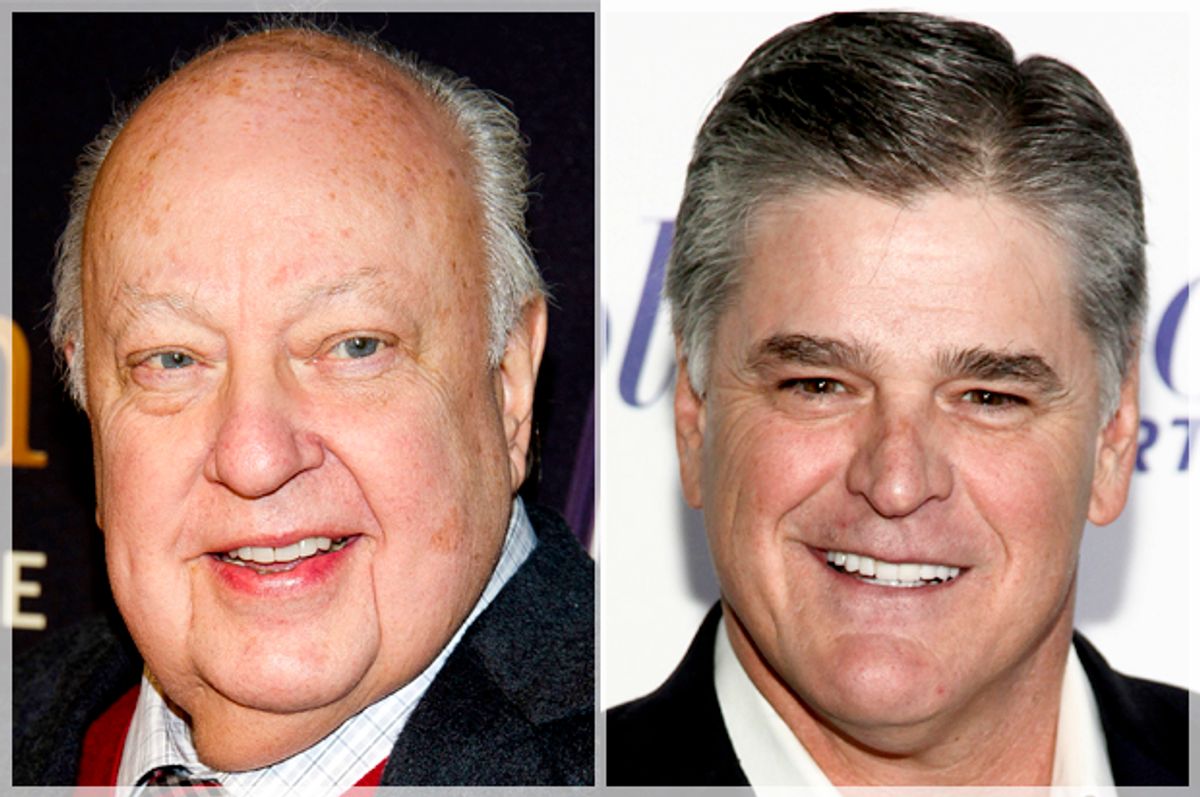 Sean Hannity, one of the longest-tenured personalities at Fox News, took to Twitter Thursday morning to remember and give thanks to his former boss, Roger Ailes, who died in the early morning hours after suffering complications from a blood clot.

Ailes, the former chief executive of Fox News, was a controversial figure in American media and culture. He became a villain, of sorts, this past year when news broke that he had a reputation for being a serial sexual harasser.

Hannity sent out a series of tweets Thursday lionizing the life of his old friend.

Hannity singled out the "impact" Ailes had on American politics and media. He called him a "strategist" who was always playing chess 5 moves ahead of his opponent.

The right-wing pundit also thanked Ailes for taking a "huge risk" in hiring him in 1996, when he was just a young, local radio talk show host.

Hannity, who recently suffered the loss of his former Fox News co-host Alan Colmes, was clearly sensitive Thursday to all the reactions from political writers to Ailes death.

But it was Hannity's tweet about Ailes and the afterlife that drew the largest reaction on social media.

Political writers, of whom Hannity was subtweeting, were quick to point out how deranged the tweet sounded.

The Washington Post's Dave Weigel noticed that Hannity was very concerned and protective of Ailes' reputation. The Fox News host has not given the same considerations to Seth Rich, however, as Hannity has promoted a conspiracy theory involving Rich on his show.