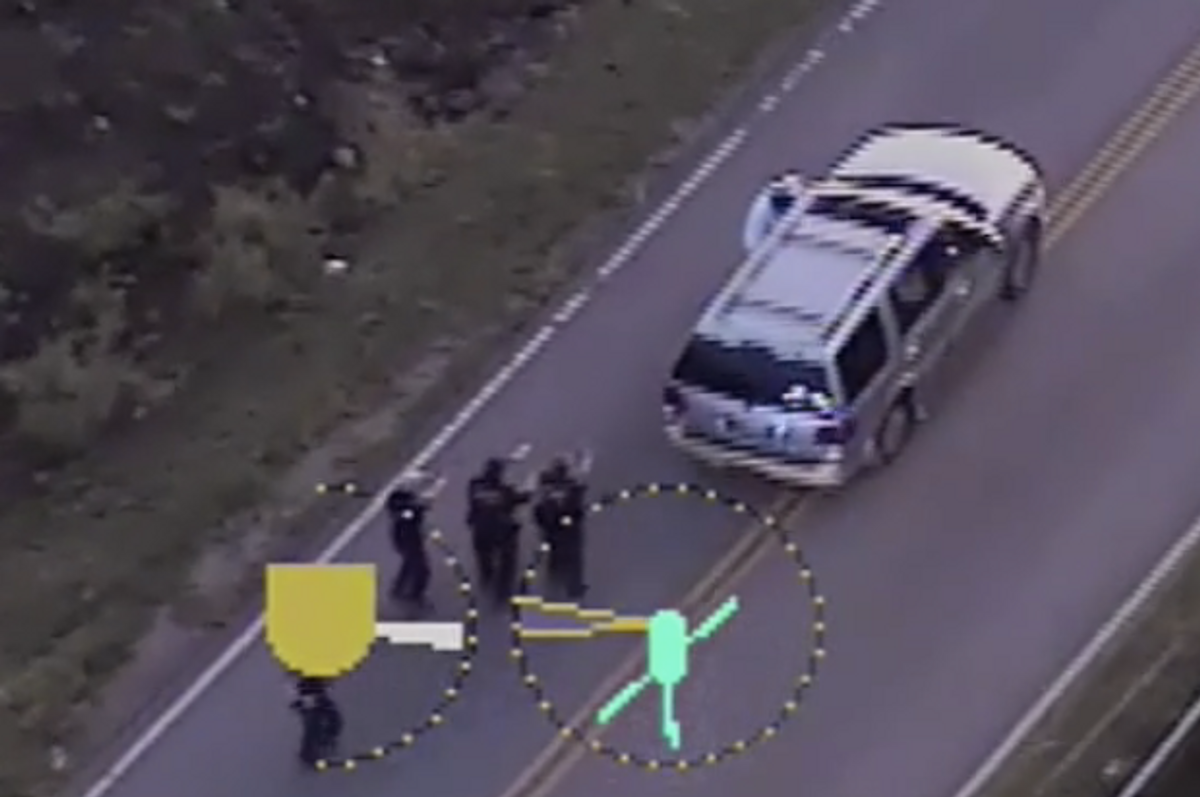 The shooting took place last September and was captured on video which shows Crutcher with his hands above his head as he walks towards his vehicle that is stalled in the middle of the road. Aerial footage of the shooting was also taken by Shelby's husband, a Tulsa police officer who was operating the department's helicopter that evening.

Shelby said that she used lethal force because she feared for her life as she believed Crutcher attempted to reach into a car to, presumably, grab a weapon. The officer arrived at the scene where Crutcher's car was stalled in the middle of the road, and a witness who dialed 911 claimed a man was running away from the vehicle delivering warnings that it may explode, according to CNN. Shelby testified that Crutcher was not complying with her commands to make his hands visible and that she had acted only as she was trained to. Shelby also said Crutcher was sweating and claimed that she had smelled PCP.

"We're not trained to see what comes out of a car," she said according to CNN. "We're trained to stop a threat, and by all indications, he was a threat." At the same time that Shelby shot Crutcher, another officer next to her deployed his taser.  An autopsy report found that PCP was in Crutcher's system at the time of the shooting, according to CNN.  However, no weapon was ultimately found on his person or in the vehicle.

When asked if the outcome of the incident was Crutcher's own fault, Shelby replied, "Yes," in a "60 Minutes" interview. "I have sorrow that this happened, that this man lost his life. But he caused the situation to occur," Shelby said "So in the end, he caused his own," death.

The ruling delivered a devastating blow to the family who believed that Shelby should have faced consequences for her actions. "Let it be known that I believe in my heart that Betty Shelby got away with murder, and I don't know what was in the mind of that jury," Crutcher's father said, according to NPR.

The incident is the latest in a string of shootings of unarmed black men at the hands of law enforcement across the country. Officers have seldom been convicted of crimes. Critics say that Shelby, who is white, overreacted and used unnecessary force. Protesters gathered peacefully outside the courtroom shortly after the verdict, condemning the decision, according to CNN.

"No justice, no peace, no racist police!" the crowd chanted.

Leaders in Tulsa, Oklahoma have urged for peace after the verdict. "This verdict does not alter the course on which we are adamantly set," Mayor G.T. Bynum said in a news conference, according to the Associated Press.