Child anxiety and parenting in the Trump era

In today’s political climate, it’s more important than ever for parents to be good role models 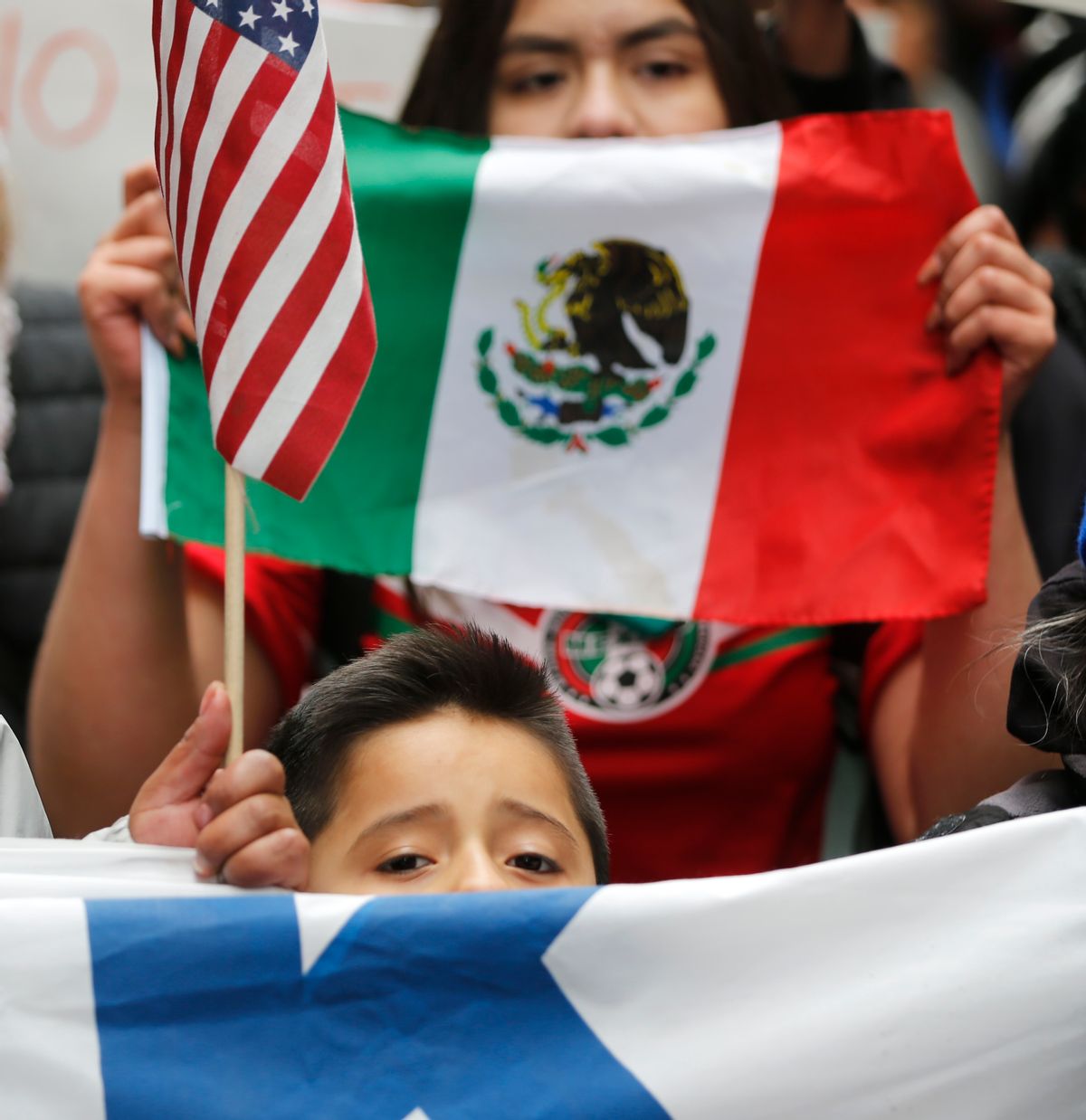 “Lucy,” a shy, intelligent six-year-old, missed three days of school because she had stomachaches. The symptoms started the day after Lucy witnessed a loud argument while waiting for the bus with her babysitter. A “scary man” shouted at people waiting: “Watch out, you’re all going to be deported now!” Lucy didn’t know what “deported” meant, but she knew it was very bad. People told the man to leave and shouted insults at him that Lucy didn’t understand. The man finally left, shaking his fist and threatening “police action.” Lucy held her babysitter’s hand, looked up and noticed tears in her sitter’s eyes. Lucy’s stomach started to rumble. Sadly, cases like Lucy’s are becoming increasingly common.

I’m a child and adolescent psychiatrist and psychoanalyst with expertise in anxiety disorders. Since November’s election and the general political upheaval that accompanied it, medical professionals across the country have observed an uptick in agitation and anxiety among our young patients.

What do we know about how anxiety develops in children? And what can parents do to reduce it?

Kids take on the grown-ups’ anxiety

Strong emotions are contagious — particularly anxiety. And while anxiety spreads easily among us all, children are the most vulnerable. Elementary school children lack a fully developed ability to solve problems on their own, making it difficult for them to separate other people’s worries (especially adults’) from their own frightening fantasies.

Unfortunately, although kids tend to take on their parents’ worries, it can be hard for parents to control anxiety — even in normal times. But these are not normal times: Politicians, the media and ordinary citizens on both sides are hurling heated rhetoric across the aisle, all of which is fueling anxiety.

These days, I’ve personally observed this sort of overly emotional, regressive behavior more and more frequently — often in public places, like on the subway, where people seem more ready than in recent memory to dispense insults.

As a child psychiatrist, I’m concerned when I see emotionally charged language routinely expressed in public discourse, often in the form of intolerance toward those with differing political beliefs or divergent racial/ethnic/sexual orientation backgrounds.

Times of emotional upheaval (and the regressive behavior that accompanies it) can effectively terrorize children, causing them to become traumatized, highly anxious or have difficulty sleeping, eating or focusing in school.

Before third or fourth grade, children haven’t yet formed the rational, organized thought processes that developmental psychologist Jean Piaget called “concrete operations.” Before reaching this stage of cognitive development, children don’t rely on cause and effect. Rather, magical (nonrational) explanations predominate. Noises in the middle of the night are as likely to come from monsters as heating pipes. The school bus is as likely to appear because they blinked and wished it as because it has a schedule. Conflicts unambiguously feature “good guys” and “bad guys.”

Anxious fantasies can feel as real as the everyday world. For Lucy, who experienced her worries as physical symptoms (stomachaches and even vomiting the next time she got on the bus), it required patience and attention to translate her symptoms back to language so she could feel more in control.

In general, adults rely on a routine ability to read their own emotions and those of others. These skills are newly developed in young children and can collapse in scary situations or in the face of parental upheaval. When children become anxious enough, this collapse can spiral into an impaired ability to understand the world and a growing sense of isolation.

How can parents navigate this flood tide of personal and community upset and raise relatively healthy kids? Parents always have a hard job, but I’ve seen the aggressive political climate complicate the ever-daunting task of raising children. Parents want to remain truthful to children to underscore trust, while also gauging what children can tolerate hearing without becoming overwhelmed. This can get more difficult when parents feel overwhelmed themselves.

Parents should reflect and reinforce their own values. Lucy’s parents couldn’t pretend that her bus stop incident didn’t happen, didn’t matter or wasn’t frightening. They needed to acknowledge how frightened she felt, while reassuring her that school had not become dangerous.

What parents tell children is important, but how parents act is also a crucial guide for kids. In today’s political climate, it’s more important than ever for parents to be good role models. That means that values like kindness, patience, respect for others, taking turns and sharing should be developed early and demonstrated often.

Listening to others is crucial, even when we’re angry. Bullying, violence and name-calling are behaviors that parents should take care not to model for their children. (One survey of 2,000 K-12 teachers suggested an increase in school bullying during the 2016 election.)

Parents’ roles are more important now than ever. How parents respond in these challenging times can shape a child’s ability to grow normally or become traumatized. How they channel anxiety and rage makes a difference.

Furthermore, the significant impact parents have on their children’s mental health and well-being may, in turn, be crucial to maintaining a rational society. In my view, this is the small, partial contribution that parents can make to this country’s current upheaval.