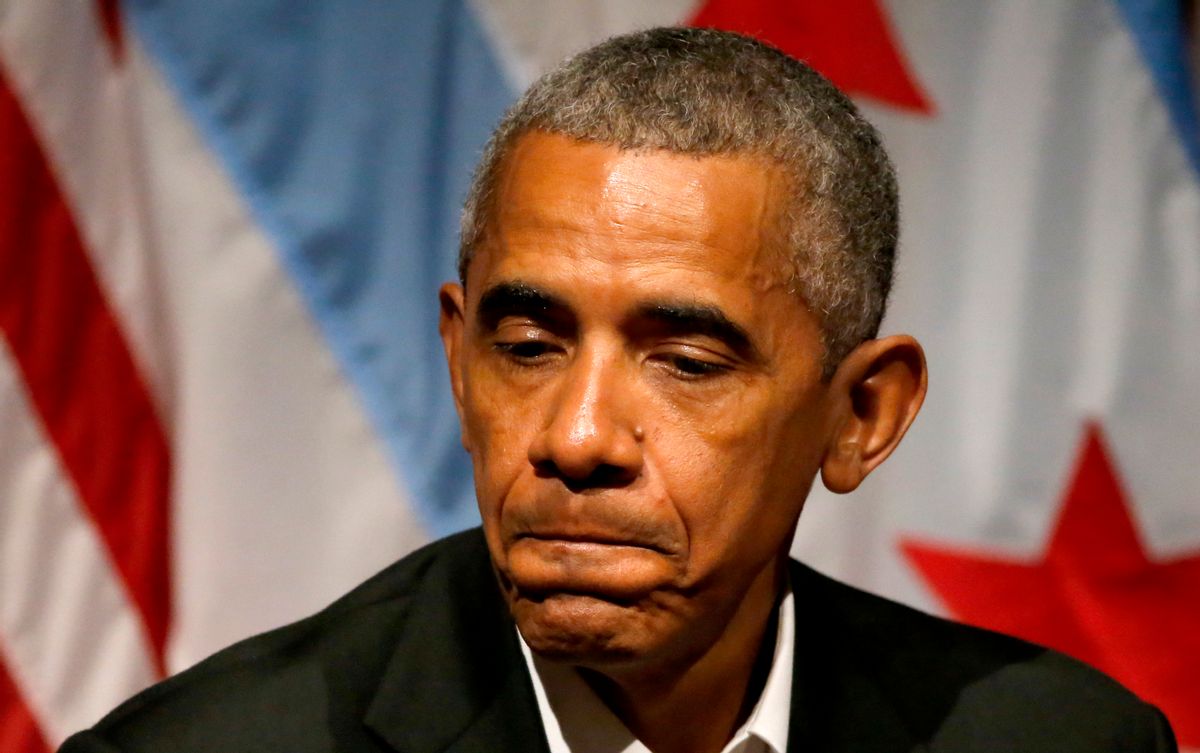 Trump and his staff have held meetings to determine the best response to The Washington Post's report that the president leaked intelligence about an ISIS plot to the Russian ambassador and foreign minister in the Oval Office, Foreign Policy reported.

Retaliation against Trump's predecessor was apparently a popular option.

According to a source with knowledge of a White House meeting that took place Wednesday morning, Trump’s team is considering launching an investigation into a Department of Homeland Security program that shares information on cyberattacks in an effort to coordinate globally on countering digital threats, insinuating that it inappropriately opened up streams of sensitive data to Russia and other nonallies. Another option under consideration is placing a story in the media about the program, similarly accusing it of sharing sensitive information.

The program at issue, called Automated Indicator Sharing, enables the exchange of cyber threat indicators — such as malicious IP addresses or phishing emails — between the federal government and the private sector at "machine speed." The program also allows the sharing of information between the U.S. government and international partners, according to Foreign Policy.

Former officials who are familiar with the program find it ludicrous that the White House would scapegoat it in order to salvage a mistake Trump made. While the program does indeed exchange some cybersecurity information between the U.S. and Russia, the nations do so in order to prevent global hacks, such as the hijacking of planes, Foreign Policy reported. Moreover, the data shared is not particularly sensitive — just indicators.

How Trump could equate divulging code-name intel to a federal agency's information sharing program is inexplicable.