Lieberman was once the Democratic nominee for vice president, but has few allies supporting his bid to lead the FBI 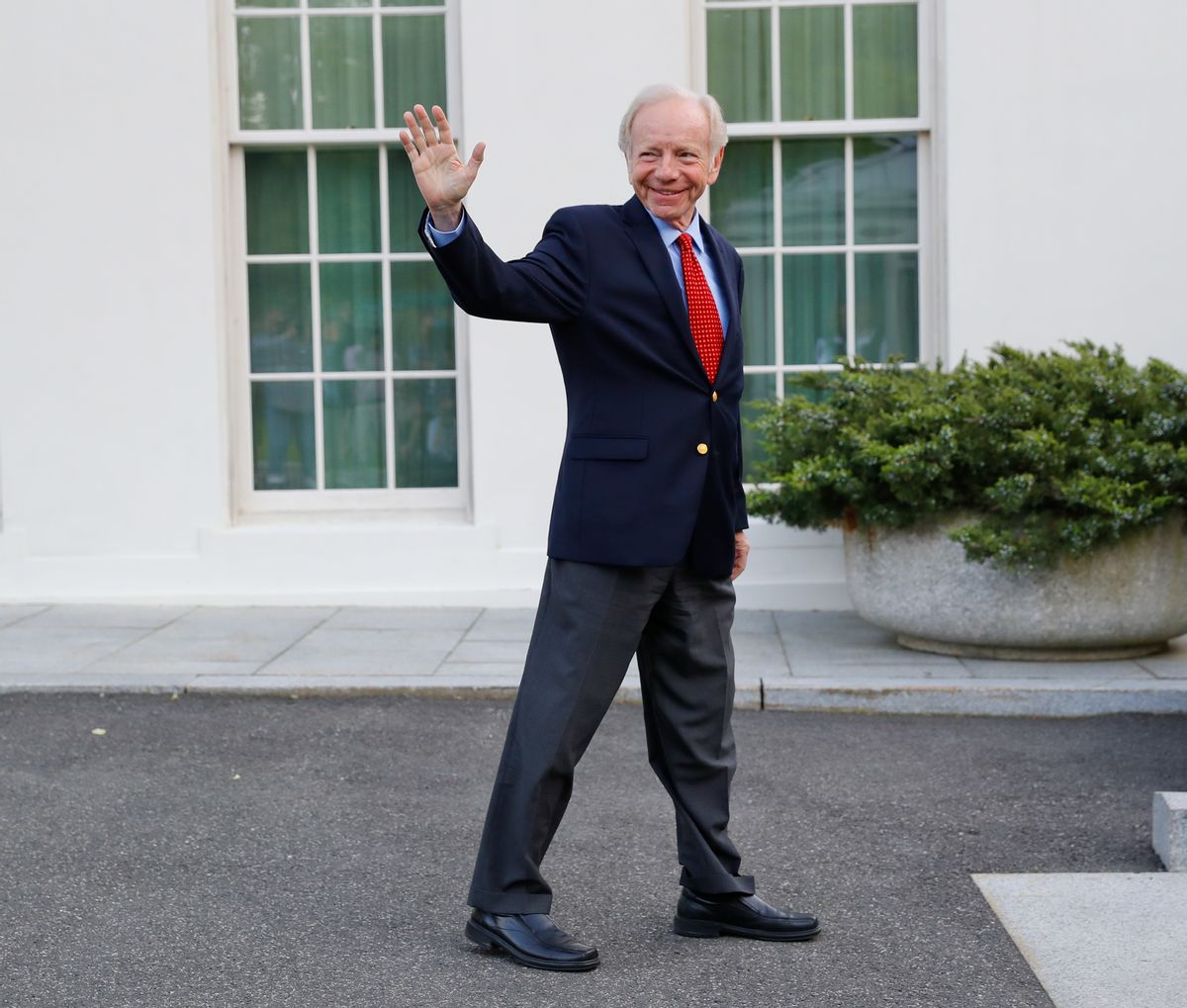 Joe Lieberman, who served as a Democratic senator from Connecticut for many years and was once the party's 2000 vice presidential nominee, is one of the key finalists to be named the next director of the FBI and the prospect is upsetting many of his former colleagues.

President Donald Trump answered in the affirmative when asked Thursday if Lieberman was under consideration. The position is open after the chief executive abruptly fired the previous FBI director, James Comey, allegedly out of frustration with the agency's ongoing investigation of Trump officials' ties to the Russian Federation.

The president also has been accused of trying to pressure Comey into ending the FBI's investigation of Mike Flynn, the former general who headed the National Security Council until he was forced to resign after he was revealed to have lied about his conversations with Russian officials. Trump denied that he had done so in a Thursday news conference.

According to the New York Times, several high-level Trump aides have been urging him not to appoint Lieberman, citing the former senator's lack of federal law enforcement experience and his political background. It's not certain that Lieberman will get the FBI job, but was spotted leaving the White House on Wednesday.

Liberman has many Republican fans who appreciate his strong support of former president George W. Bush's Iraq invasion as well as his 2008 endorsement of John McCain, the GOP's presidential nominee that year.

"Joe Lieberman is probably the only person that could get 100 votes in the Senate," Texas Sen. John Cornyn proclaimed on Thursday.

That confident prediction is certainly incorrect. In an interview with Politico, Sen. Sherrod Brown, D-Ohio, went on a long disquisition about his many problems with Lieberman, including his undermining of former president Barack Obama's nuclear deal with Iran.

Many liberal activists were so incensed with Lieberman's departures from Democratic orthodoxies that they successfully defeated him in his 2006 party primary. Lieberman ran as an independent and won re-election, however.

Brown and other Democrats have also cited Lieberman's current employment with Kasowitz Benson Torres & Friedman, a law firm that has long represented the president in legal disputes.

While he is widely disliked by progressives, Lieberman also may not find much support from more centrist Democrats, his long-time allies who have defended him over the years as he faced attacks from the political left.

According to the Times, if Lieberman were nominated and approved, he may not intend to serve the full 10-year term of an FBI director.