Notes from a trailing spouse: Just another alien invasive species 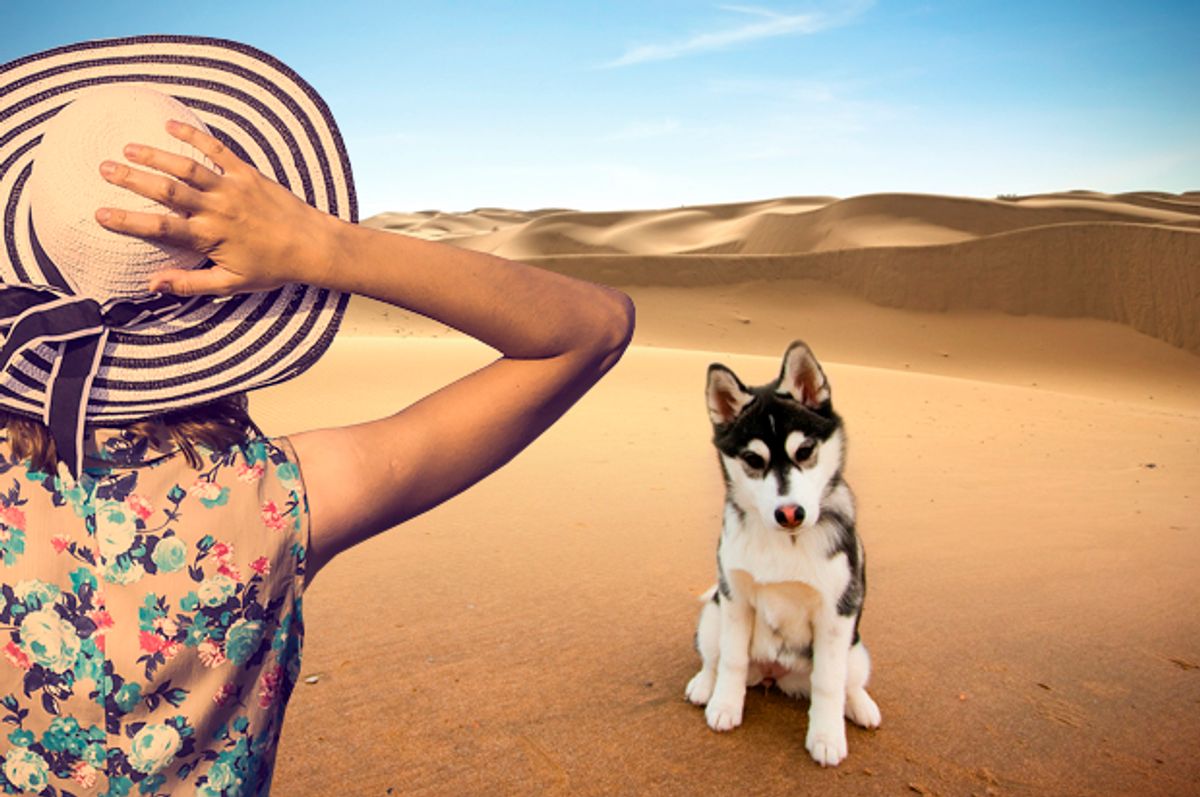 A friend once said to me that he thought Washington, D.C., would make a great ruin. Stunning. Easily as captivating to future citizens as we find the Roman Colosseum or the Parthenon of Athens. Given the current administration, I wish it was already rubble. But even before Trump befouled the place, I couldn’t visit without imagining the White House a skeletal remains, or Lincoln toppled off his great chair, a tree now growing up through his noble head.

It’s weird how often I find myself thinking about the end of cities, especially since I am living in this newest of cities, Abu Dhabi. I wonder if that’s because, even as it’s madly being built up, there is this unease, this latent feeling that this too will all be gone sooner rather than later. And, paraphrasing the narrator at the beginning of “Rebecca,” by Daphne Du Maurier, “Nature will come into her own again and, little by little, in her stealthy, insidious way will encroach upon Abu Dhabi with long, tenacious fingers.”

But the funny thing about ruins, besides always twisting one’s ankle on age-worn steps and being wildly thirsty even if you try and beat the crowds and visit in the dead of winter, is that the lives once lived there are gone, really gone. Those bits of pottery, religious icons, mosaic sidewalks and cooking antechambers, evocative as they are, don’t truly manage to conjure up the lives of those who once used them.

This thought often occupies me as I make my thrice-daily walk with my dogs around the complex where we live. It’s new, but it feels like a ruin. I think that’s because it doesn’t make sense that anything and everything around me is here at all.

Take the bugs, for instance. There's far too many of them. Which in itself is weird because most are invasive species that rode in on the coattails of the hordes of humans, who can’t leave anything behind. And I imagine that, for a bug, this man-made oasis must seem just grand. But sometimes I want to scream at the unsuspecting butterfly or spider, “If they turn off the water, Buddy, you’re toast.” Actually, most of them are toast anyway, since laying down poison seems to be a national obsession. On a side note, if I die far too young it will probably be because three times a day I walk on grass soaked through with insecticide.

In the strange dichotomy of there being too many insects that aren’t meant to be here, there’s a disconcerting absence of bugs that should be, given this jungle-like diorama. The swathes of lush, green lawns that my dogs gambol on, not to mention legions of kids, is laid on a hard-pack of desert sand. No rich soil sustains its growth. No worms or other earth burrowers aerate the earth. As they say, it’s dead from the neck down.

Most of the invasive species that are here, particularly birds -- Indian crows, parrots, wood doves -- are innocents abroad. And while they aren’t native born, it isn’t that jarring to see them flitting around the trees, or casting quick shadows as they fly over.

The same can’t be said for some of the dogs. Now I know humans love to push boundaries, own nature, ignore for their pleasure the comfort of the pet they claim to love. But, the fact, that the Husky is the number-one-selling dog in the U.A.E. just blows my mind. Really? A dog that likes nothing better than sleeping under a blanket of snow is the breed you just gotta have?

It's horrible to see them panting away, their eyes bugging out of their heads, usually with some hapless Filipino maid in tow. An Australian Redback spider might not know it’s on the wrong side of the world, but a Husky isn’t so easily duped.

And if Huskies in the desert aren’t incongruous enough, how does a vast iceberg floating just off shore grab you? Believe it or not, at present there’s a plan afoot called the Emirate Iceberg Project. The idea is to haul a huge iceberg up from Antarctica so that the U.A.E, already suffering water supply stresses, can provide its people clean drinking water. According to a promotional video I saw, there it bobs in the warm Persian Gulf replete with penguins and polar bears (even though polar bears don’t even live in the Antarctica), while on shore happy Emiratis gaze adoringly at this one mother of an ice cube. What on earth will future archaeologists and biologists think was going on here when they stumble upon the ruins of this once big, if not great, city?

I was, as usual, pondering these imponderables, when, returning from my amble with the dogs last week, I heard a lot a frenzied activity coming from my neighbor’s apartment. There was banging and shouting and what sounded like furniture being thrown about. As I stood there wondering what the hell was happening, six men barrelled past me, all carrying canisters of insecticide. Gee, I thought, this guy must really hate cockroaches. Yet another guest to the barren shores of the U.A.E., but as a New Yorker I know perfectly well, water or no water, those suckers are here to stay. Being naturally curious I was about to knock on my neighbor’s door when he came charging out. He looked positively terrified. “A scorpion,” he cried. “Beware a scorpion.”

Ahh, I thought, finally a bug who’s supposed to be here.