Graduate students have been pushing for representation for a while 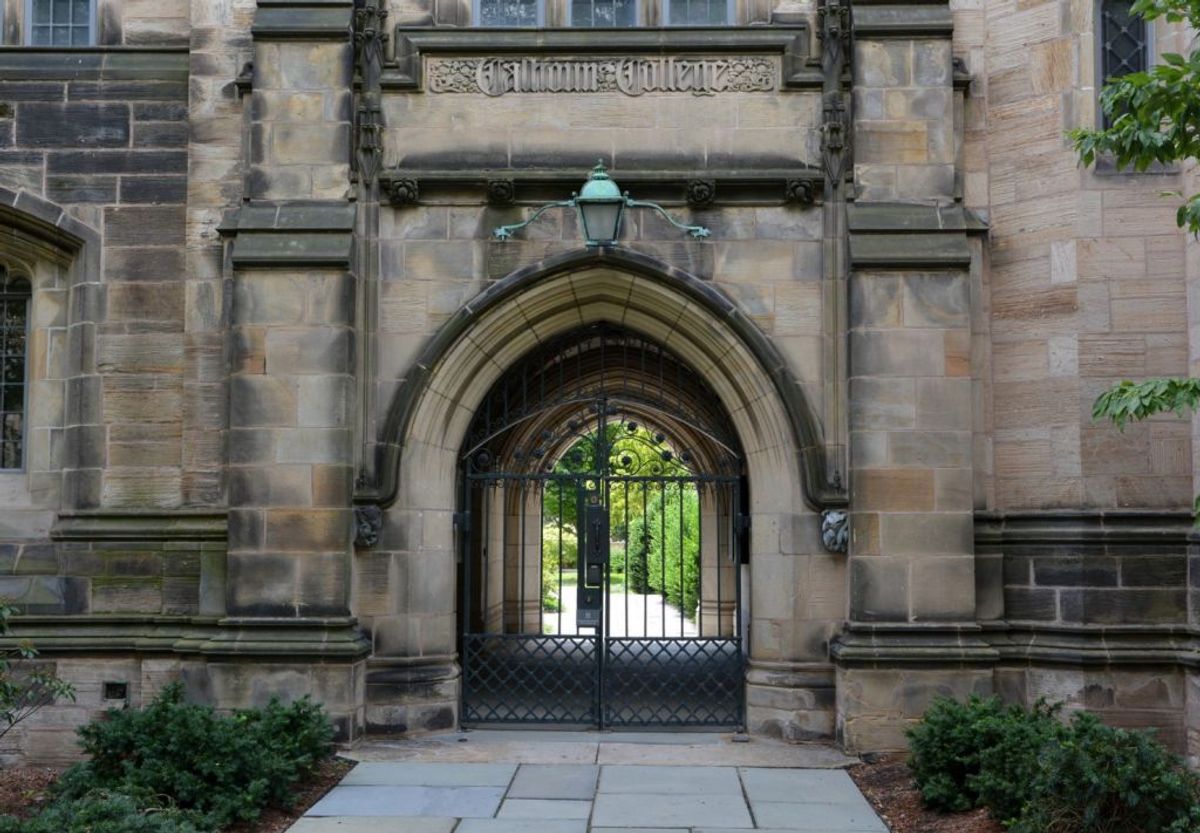 Eight members of the union began a hunger strike on April 25. Thursday’s civil disobedience was the first time the union had staged a protest in city streets. Students blocked three busy intersections in downtown New Haven, Connecticut. Three were reportedly taken into custody for refusing to accept their court summons; Twenty more were ticketed and voluntarily accepted their summons.

Thursday was “move-out” day for Yale undergraduates, which gave the action increased impact and visibility. The union plans to continue the fasts and protests indefinitely.

“I can’t speak for all universities,” said Sarah Arveson, a second-year graduate student in geology and geophysics. “But certainly at Yale, the graduate student teachers need a union. We’re currently subjected to rules made by an opaque body that we have no say in.”

Arveson, who was among those ticketed Thursday, has taken part in the fast for about a week, subbing in for one of the original participants who had to withdraw for medical reasons.

UNITE HERE Local 33 is the newest chapter in a push for union representation among graduate students at Yale that started in the early 1990s. Its founding convention was in March 2016. In August, the National Labor Relations Board (NLRB) ruled that grad students at private universities have a right to collective bargaining. A week later, UNITE HERE Local 33 petitioned the NLRB for union elections in several departments. The board granted the request in January, and eight departments voted to unionize.

For its part, Yale has refused to recognize or negotiate with the union, and it is stalling the process by appealing the NLRB’s decisions. It has good reason to hope for more favorable rulings. Two of the board’s seats are vacant, and President Donald Trump’s appointees are all but certain to reshape it in a conservative direction.

Jennifer Klein, a historian on the Yale faculty, recently noted in the New York Times that the prospects for graduate students looks far different than media caricatures of them as pampered snowflakes. In fact, their plight is similar to that of workers across all sectors. About 70 percent of faculty members in higher education are now “contingent,” meaning that they work on contract, with no hope of tenure, and “lack access to affordable health care, job security or a voice in their working conditions.” The fight at Yale, Klein noted, “has implications for the entire labor market.”

In addition to issues like better healthcare benefits and child care, sexual harassment has been a key issue for UNITE HERE Local 33. On Thursday, many of the protesting students held signs that said “How much longer?” and “End sexual harassment at Yale.” A 2015 survey showed that 54 percent of female graduate students at Yale had experienced sexual harassment. The union’s demands include a better grievance process.

“We have procedures that do not work for us,” Arveson said, “and we’re told over and over again that they do work for us.”

A Yale spokesman has said that, on the issue of sexual harassment, “a union of graduate students would not make Yale any more diligent and responsive on this issue than it already is on behalf of all students.” More broadly, the administration has criticized Local 33’s “micro-unit” strategy—organizing a limited number of departments at a time, rather than pursuing a vote across the entire graduate school. Yale President Peter Salovey claims that Yale is “deeply troubled” by the “undemocratic” method of micro-unit unionization.

Arveson said that, whatever the outcome of Yale’s appeals, the fight will go on, as it has for a quarter of a century. The stakes are too high not to.

“I think a win here is a win for workers everywhere, at a time when workers are generally losing,” Arveson said. “We’ve done pickets and teach-ins and civil disobediences, but the university has refused to negotiate. We’ll continue until they do. That’s where things stand right now.”