Art and the genocide memorial: How to make people engage with the horror, not look away 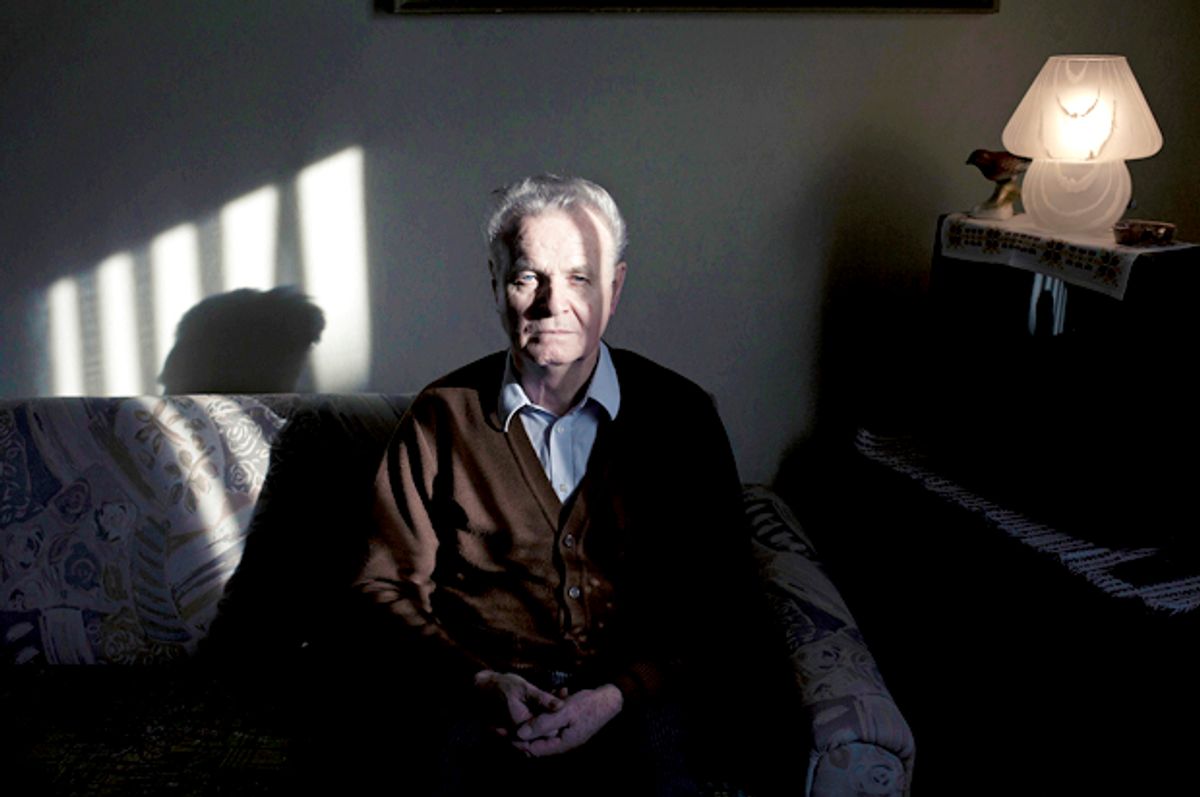 There is the Holocaust, of course. But history is unfortunately full of disgustingly successful attempts at genocide. The proactive attempt to exterminate an entire group of people is not as rare as we might like to think. There are examples that are all too often overlooked, and it is the duty of moral citizens to recall, mourn, memorialize and learn from what might be termed “hidden holocausts,” the existence of which can sometimes come as a surprise.

But how to commemorate in a way that moves and does justice to the memory, without causing a sort of recoil away from something that is too upsetting to stare at directly? This question is elegantly answered in a new book with an odd title, "Guardians of the Spoon," with photographs by Manca Juvan and a foreword by Slavoj Žižek.

In a past article, I discussed how more melodramatic, or overly difficult and graphic presentations can sometimes have an unproductive effect on audiences. Descriptions or reenactments of terrible brutality and human suffering can prompt defense mechanisms, or attempts to “look away” so as not to be overly saddened or upset. Presenting numbers of dead or lost is powerful, up to a point. If we learn that 5 million died versus 6 million, does the higher number really hit home more than the lower one? We enter the realm of the inconceivable and suddenly the idea of a million souls, more or less, is met with something of a shrug. That is, until we humanize and make three-dimensional each individual. Then to learn that five million and one died rips far harder than to learn that five million were lost, provided we can put a face, literally or metaphorically, to that one more.

Genocide, as a term, comes from the Greek genos, for “race” or “people” and the Latin -cide, “the act of killing.” It is reserved not just for mass deaths, as is the case in war but, as the 1948 United Nations Genocide Convention states, “acts committed with intent to destroy, in whole or in part, a national, ethnic, racial or religious group.” The term first appeared in 1944, in a book on the Second World War by Raphael Lemkin, "Axis Rule in Occupied Europe." It is therefore originally linked with the Holocaust, although once the term had been coined, it could be applied retrospectively to numerous among history’s tar-dark moments. Genocide must be a “coordinated strategy,” as Lemkin states. While the Second World War prompted his book, he had first considered the term in relation to the massacre of Armenians in 1915, but he cast his study back to one of the earliest attempts at total annihilation that was wholly distinct from territorial conquest: the Albigensian Crusade, during which the cult called the Cathars were, entirely or almost entirely, wiped out. We have Lemkin to thank for working to make genocide a specific war crime punishable in a distinct way by the United Nations General Assembly. This led to the Convention on the Prevention and Punishment of the Crime of Genocide in 1948.

A look at the depressing and surreal list of genocides by death toll is as bleak as it is enlightening. While Nazi-controlled Europe accounts for between 5 and 17 million people killed in acts of genocide from 1942-1945, second place is held by the Nazis as well, but in Soviet territories (distinguished from European ones), from 1941-1945. It is too easy to overlook or forget the proactive Nazi enslavement and murder of non-Jewish Slavs, between 4.5 and 13.7 million, depending on which estimate you read.

But all of these numbers, so incomprehensibly enormous, are hammers to the head. We read them, cannot quite conceive of what it actually means, and are stunned, bludgeoned with a vastness difficult to grasp. Tell me the story of one of those millions, and my heart will ache infinitely more. I will be infinitely more outraged and determined to never let such a thing happen again.

How to handle, present, commemorate and honor those lost to genocide is a debate that can go without end. But I’ve recently come across a book that does so in a new, haunting, Brechtian way that made it easier for me to confront, ingest, consider and act upon. And for this, I am grateful.

The mysteriously-named "Guardians of the Spoon" arrives in a black box with a stylized black spoon embossed upon it. Inside is a black ring binder of the sort used in school for taking notes. The early pages are filled with stark, beautiful photographs by award-winning photographer Manca Juvan of pavestones and of forests. Then Slavoj Žižek offers some thoughts on how to deal with photographs of a Fascist concentration camp. Unsurprisingly, he invokes Jacques Lacan (for whom I’ve never had much patience, though I think his primary prophet, Žižek, is a ton of fun), on “an antinomy between the eye and the gaze, as the gaze is now on the side of the object.” I suddenly see that he has a point. Photographs of death and suffering have a ricochet effect — we look at them, feeling in control by exerting our gaze, but when we register the horror of what we see, it confronts us, and we want to quickly look away.

The story told by the book, ingeniously through very short quotes from survivors and photographs of the area around the camp, as well as survivor portraits, is of a little-known corner of Fascist genocide: concentration camps run by Italian Fascists and set up to murder Slavs. The nearest Slavs were Slovenians, and the main camp explored in this book is one in Gonars, between Venice and the Slovenian border. What makes "Guardians of the Spoon" particularly clever is the use of the spiral notebook. After the first few pages, the section of photographs and quotes from survivors remembering their ordeals is cut in two, and the binder becomes a flip book. You can flip through the upper and lower registers independently, offering a sort of mix and match of which piece of text and which photograph you look at together. It has enough of the school-days feel to it that it encourages at once a childlike delight in flipping through, a feeling that one is being schooled in an important history lesson, but also the grim content.

This is a powerful while still approachable way to present this horrifying story. It encourages closer examination, rather than turning away.

It also unburies a dark side to Italian history that I, for one, had never known. In the late 1940s, a Yugoslav report detailed, with specific documentation, more than 800 Italian Fascist war crimes. This archive was sent to the United Nations War Crimes Commission but, according to the book, it “was never properly processed.” An estimated 50,000 ethnic Slavs from Yugoslavia were interned in at least a dozen concentration camps in Italy. Thanks must go to the makers of this book, not only Manca Juvan, but also her collaborators and researchers.

No death should be anonymous. Any death deserves remembering. But it is particularly welcome to have a scholarly, beautiful tome like this to open eyes to smothered portions of history, doing so in a way that encourages further reflection.