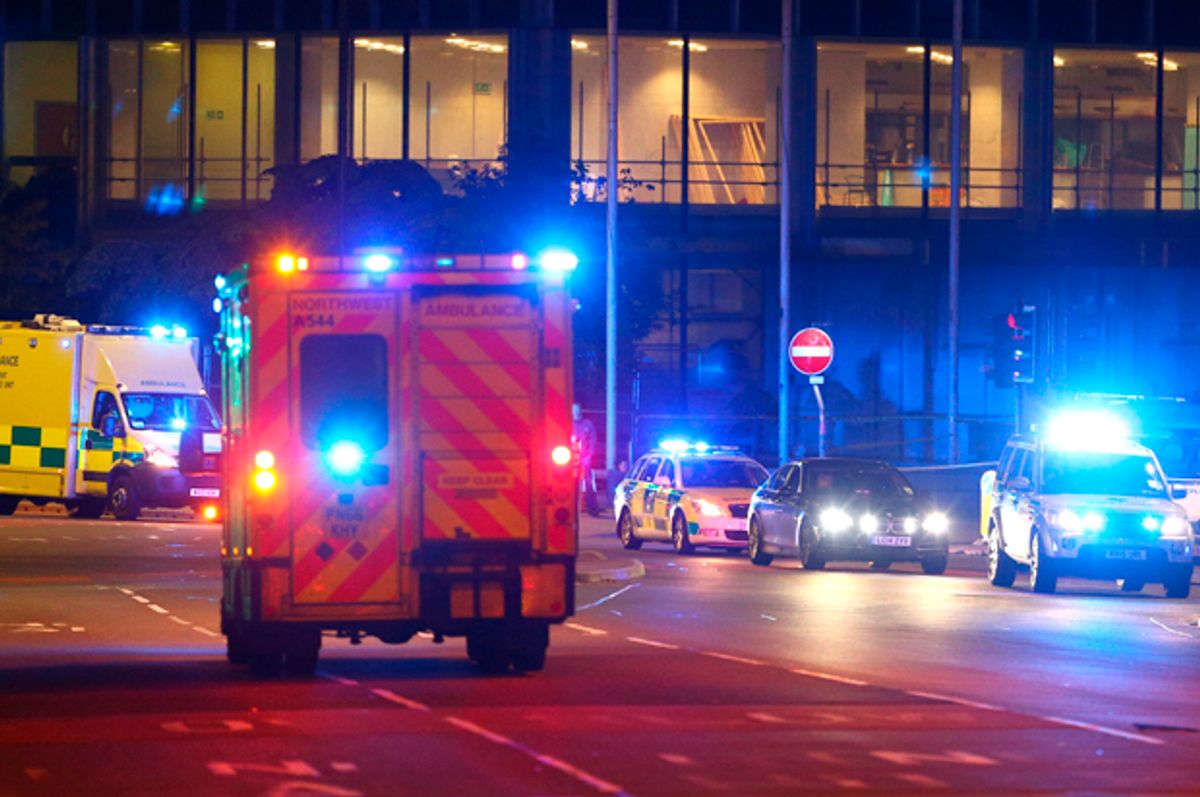 Emergency services arrive close to the Manchester Arena on May 23, 2017 in Manchester, England. (Getty/Dave Thompson)
--

Fans of pop star Ariana Grande ran screaming to the exits after an explosion went off inside a concert held in Manchester, England.

The Greater Manchester Police Department confirmed via its official Twitter account that at least 19 fatalities had been observed on the scene. Police officials urged area residents to stay away from the Manchester Arena, the site of the explosion.

Several armed police officers were filmed patrolling the area around the stadium facility.

According to one concertgoer who was interviewed afterward, event staffers originally told attendees that the explosive sound was a balloon:

Multiple British news sources have reported that the explosion happened outside of the venue. Police also engaged in a controlled explosion of what looked like a suspicious package but was actually some abandoned clothing.

(This is a breaking story and has been updated several times.)