Looks like that Rihanna and Lupita Nyong'o movie is really happening!

With Ava DuVernay? And Issa Rae? On Netflix? We better not be getting punked here 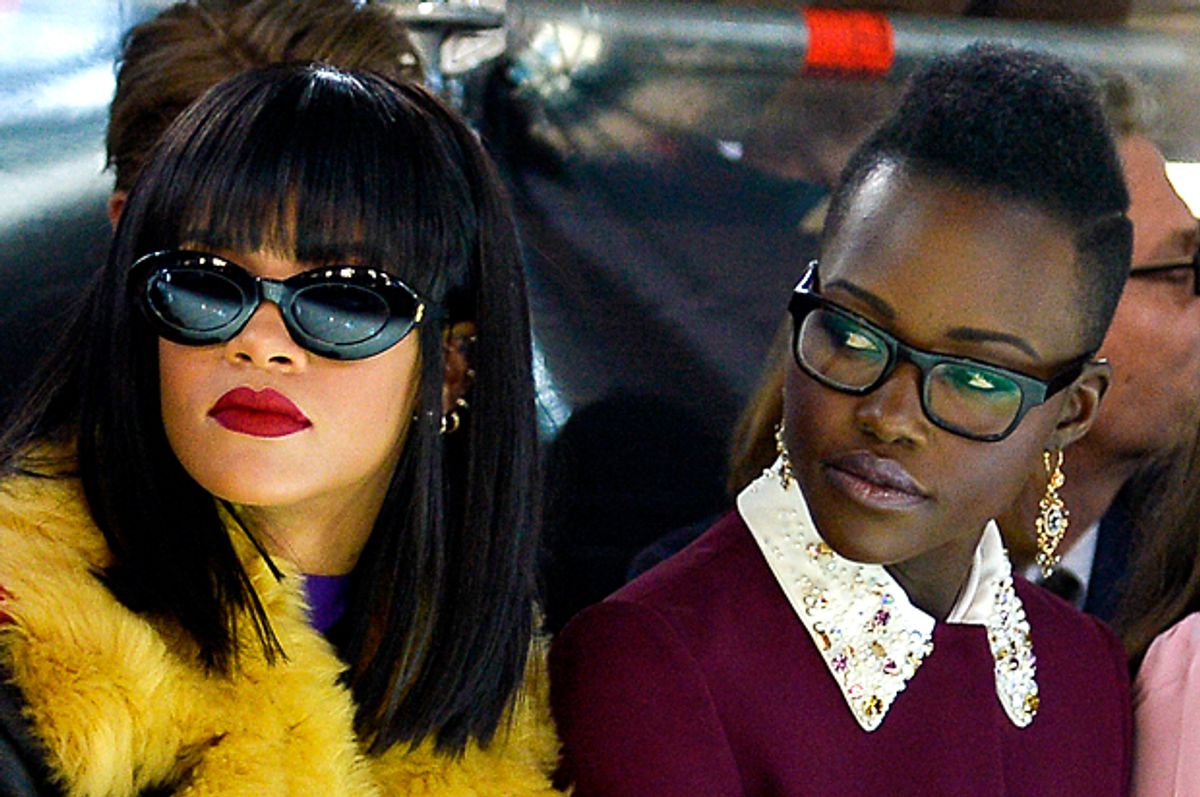 In a case of wishes making it so, it appears that the buddy comedy starring Rihanna and Lupita Nyong'o that many Twitter users attempted to meme into existence may actually be on its way to production.

According to "Entertainment Weekly" and other sources, Netflix has bought the production after, "a dramatic negotiation session." The report says that Ava DuVernay, "Selma" and "A Wrinkle in Time," will direct while the creator and star of HBO's "Insecure," Issa Rae, will provide the script.

While neither prospective star nor Netflix had comment on the report, DuVerany tweeted this message linking "Entertainment Weekly"'s coverage, which could be interpreted as a confirmation if you were in the mood to do so:

Indeed, we do deserve something exactly as good as this, and we deserve it now.

The move would mark a rare and, frankly, glorious development for an idea born in the fertile cauldron of the internet.

When the Nyong'o and Rihanna were photographed at Milan Fashion Week some time ago, a bee got in someone's bonnet.

Sometime later the idea resurfaced and the internet was, as they say, there for it.

After thousands of Twitter and Tumblr responses to this very, very good and in no way bad idea, Nyong'o got in the game in emphatic fashion:

Things just got realer from there on out:

Now, reportedly, this stuff is as real as real can be.

While there is, again, no comment from any the various camps involved on this, it's hard not to continue to will it into being much the same way that the internet willed producers to change the title of "Pacific Air Flight 121" to "Snakes on a Plane."

Of course, in this case there is no plane and there are no snakes — just a music icon, an Oscar winner, a brilliant director, one of the most promising young writers out there and the belief that, even when things are at their darkest, hope can move move mountains.