WATCH: Inside an L.A. facility for juvenile offenders: Can they find a new approach to life? 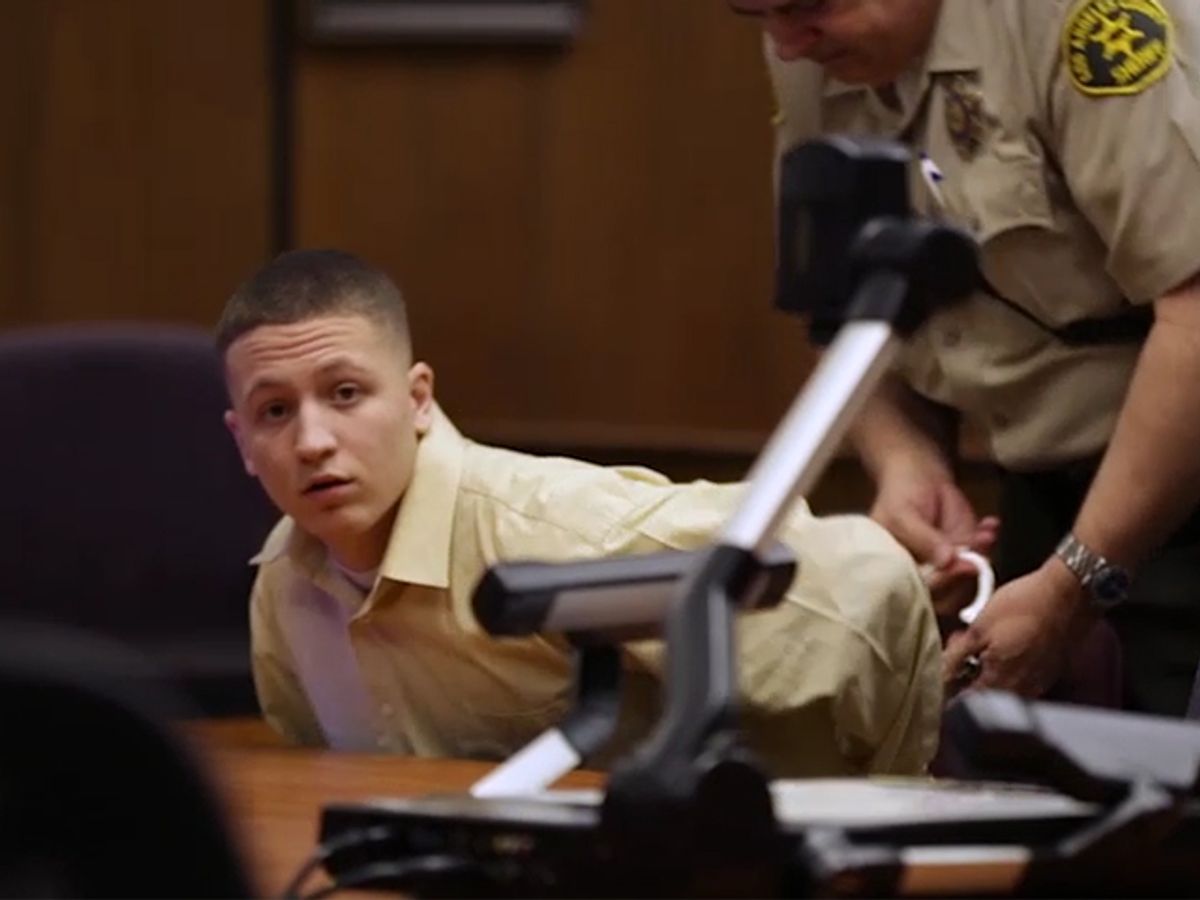 One day a couple years ago Hollywood producer Gabe Cowan entered a juvenile detention center in Los Angeles, headed to the Compound, a high-security section reserved for minors who have been accused of committing violent crimes. According to California law, 14- to 17-year-olds can be tried as adults, and if convicted of murder, sentenced to prison for life.

"I volunteered to teach a screenwriting class for kids who are facing life sentences,” Cowan said in an interview. “The idea being the kids would come up with the characters and the situations, write the dialogue, and then I would shoot their movie.” Only four kids sign up for this first-time experiment at Sylmar Juvenile Hall, which ended up being the basis for a new film, “They Call Us Monsters.” One of them, a 17-year-old Darrell, showed promise but he soon dropped out when he, his family and lawyer accepted a plea deal for him to serve 15 years in prison.

That left as participants Antonio, 14, and Jarad, 16, who face attempted murder charges, and Juan, 16, accused of first-degree murder. Their experiences in the workshop as well as their battles with the legal system are documented in “They Call Us Monsters,” directed by Ben Lear, which is airing Monday on the PBS series Independent Lens on PBS and available online for a limited period.

In the excerpt from the film made available for Salon, the focus is on Jarad, who has been charged with four attempted murders in what prosecutors have described as a gang-related revenge shooting. One of his victims, a 17-year-old girl, is now paralyzed and relies on a wheelchair. Viewers are shown his interrogation by police (without a lawyer or a parent present) and what happens in court. It's possible to glimpse another side of Jarad and his fellow inmates in scenes shot during the one hour of recreation they are allowed each week. Inside the detention center swimming pool, they revert to childhood play. It may be their last hurrah before life in an adult prison.

Decades ago legislators adopted harsh laws across the nation in a frenzy of fear over gang violence and “super predators,” the film explains. But as crime rates have declined and more is becoming known about teenagers’ cognitive and psychological development and the science behind their immature brains, a movement has been springing up to reform juvenile sentencing laws. In 2013 California Gov. Jerry Brown signed into law a bill sponsored by then state Sen. Loni Hancock of Oakland; the statue offers youthful offenders a chance for a parole board hearing after 15 years of incarceration. The law's passage has already led to early releases for young men and women who can show that they have changed while behind bars: Some have engaged in significant transformations, demonstrating personal growth, exhibiting remorse and earning high school and community college degrees.

It can be a long road back for these young people with a criminal record. Indeed some young people in prison will never make it. Watch how this film shows there's a chance for profound change for those once considered unredeemable “monsters.”