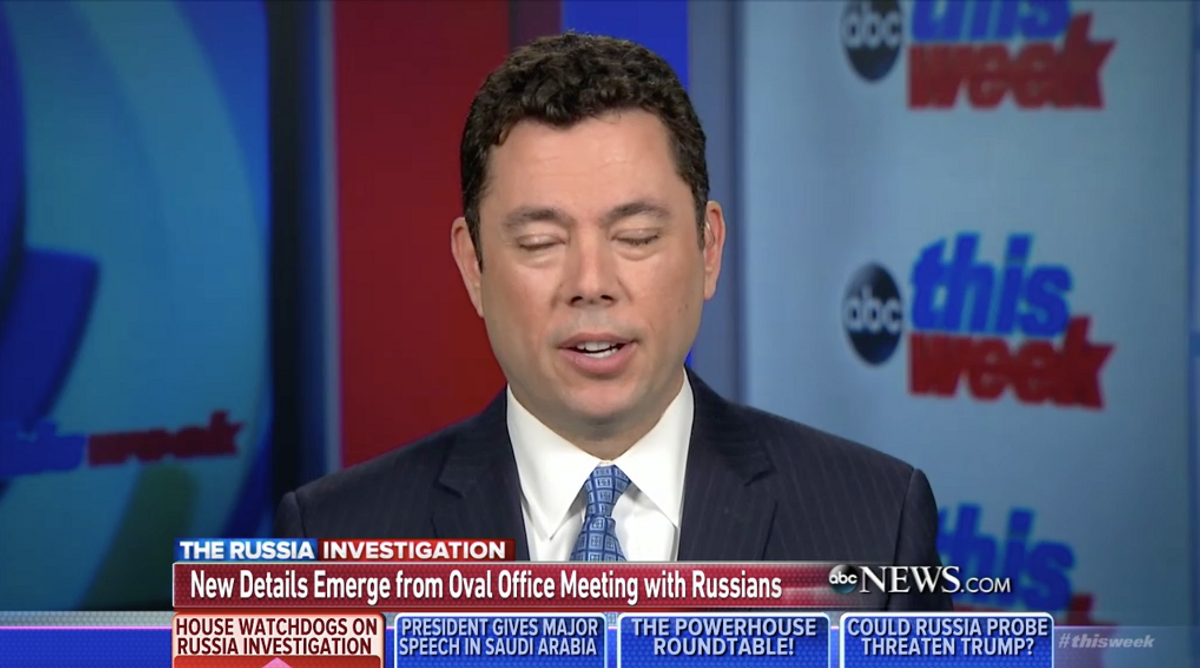 On Sunday Jason Chaffetz, R-Utah., chairman of the House Oversight Committee, said that he wants the individuals leaking information from the White House to be thrown in jail.

"You cannot have that happen," Chaffetz told George Stephanopoulos on ABC's "This Week," talking about anonymous officials leaking information to the press. "I want to see that this person is prosecuted. I think the president makes a very good point. No matter who is in the White House, you cannot have the type of leaking of information, sources, methods, classified information."

He added: "I don't care who it is, Democrat or Republican, you cannot have that happen. So, not only do you need to wall them off, you probably ought to put handcuffs on them and put them in jail."

All of this comes as the news cycle was hit with a pipe bomb of leaks from inside the White House, as well as the FBI last week with stories including Trump's sharing of intelligence with Russian officials as well as a memo penned by former FBI Director James Comey who allegedly wrote that President Trump had requested he shut down the investigation into former national security adviser Michael Flynn.

But Washington's war on whistleblowers and those who leak information is far from beholden to Chaffetz nor is it even a unique Trumpian tactic, despite his overt threats of excessive crackdown on jailing journalists. His actions have been paved by many presidents before him, and especially Barack Obama, who had quite the record whistleblowers himself.

Washington has long looked to squash those who dare expose inner government working or secrets, regardless of the nature. Instead of engaging in democratic debate about what is leaked — let alone ever fixing the corruption or nefarious activity sometimes exposed — the government as well as its politicians and partisan pundits in the media often endlessly ignore what's been revealed and seek to lash out against any individuals responsible for surfacing the information, and reflexively seek greater opaqueness.