John Brennan: I was “concerned” about contact between Trump campaign and Russia in 2016 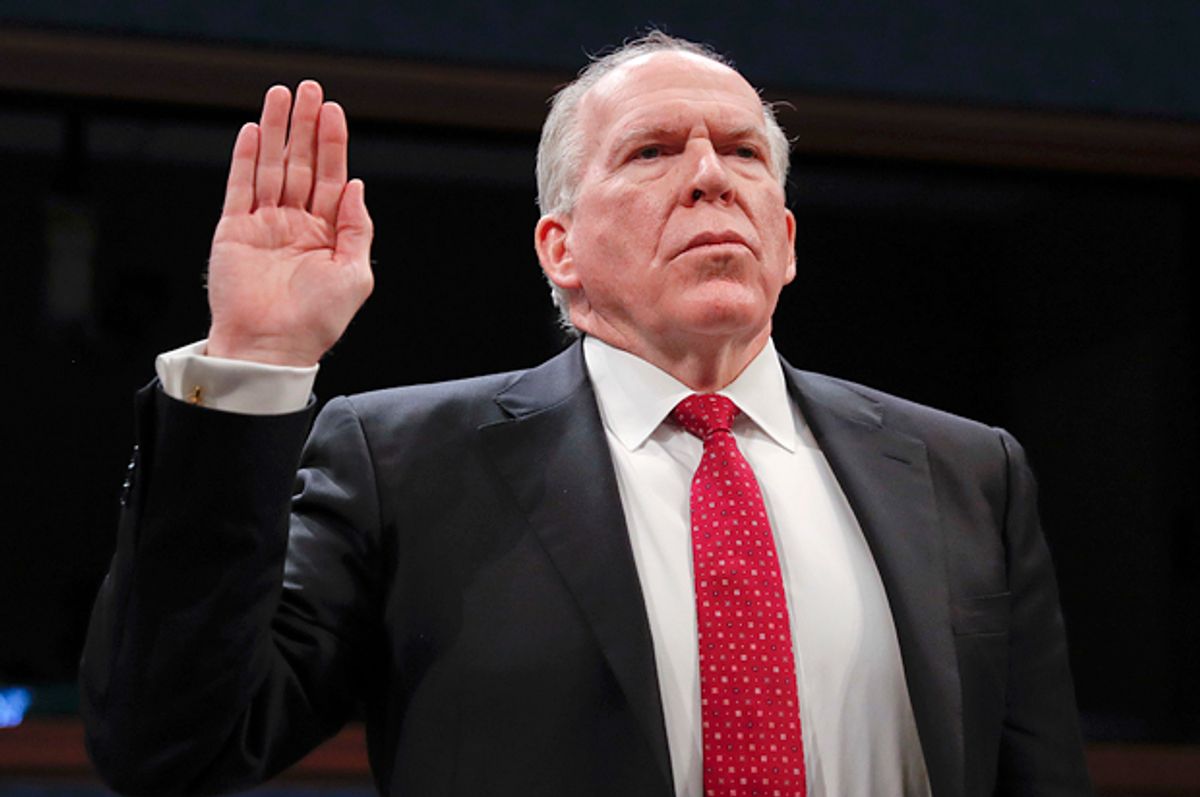 Two months after he was originally scheduled to testify in an open hearing that was unexpectedly canceled by House Intelligence Committee Chairman Devin Nunes, R-Calif., former CIA Director John Brennan testified before the committee that he had concerns about possible ties between Russia and the Trump campaign.

“I was worried by a number of the contacts that the Russians had with U.S. persons,” Brennan testified on Tuesday.

Pressed by Rep. Trey Gowdy, R-S.C., who has served as acting chair of the House Intelligence Committee since Nunes recused himself in April, Brennan publicly acknowledged for the first time that he had left office in January with "unresolved questions" about whether Russia had been successful in having Trump campaign officials to act on its behalf “either in a witting or unwitting fashion.” Brennan said as follows:

I encountered and am aware of information and intelligence that revealed contacts and interactions between Russian officials and U.S. persons involved in the Trump campaign that I was concerned about because of known Russian efforts to suborn such individuals, and it raised questions in my mind about, again, whether or not the Russians were able to gain the cooperation of those individuals.

Brennan declined to identify any specific Trump campaign officials who had contact with Russian officials, saying that the information was classified and had been provided to the committee on a classified basis.

He added: “I don’t know whether such collusion existed. . . . But I know there was a sufficient basis of information and intelligence that required further investigation by the bureau to determine whether or not U.S. persons were actively conspiring and colluding with Russian officials.”

“Therefore,” Brennan said, “I felt as though the FBI investigation was certainly well founded and needed to look into these issues.”

Trump has repeatedly insisted that there was no collusion between his campaign and Russia.

But Brennan testified on Tuesday that the Kremlin "brazenly interfered" in last year’s presidential election and Russian officials "clearly had a more favorable view of Trump." He said he became aware of Russia's activities last summer.

The former CIA director’s testimony comes one day after The Washington Post reported that Trump had pressured his director of national intelligence and his chief of the National Security Agency to push back against the FBI's ongoing Russia investigation.