This "Master of None" episode teaches a master class in empathy

"New York, I Love You" gives me a new appreciation for how strangers move through a city together 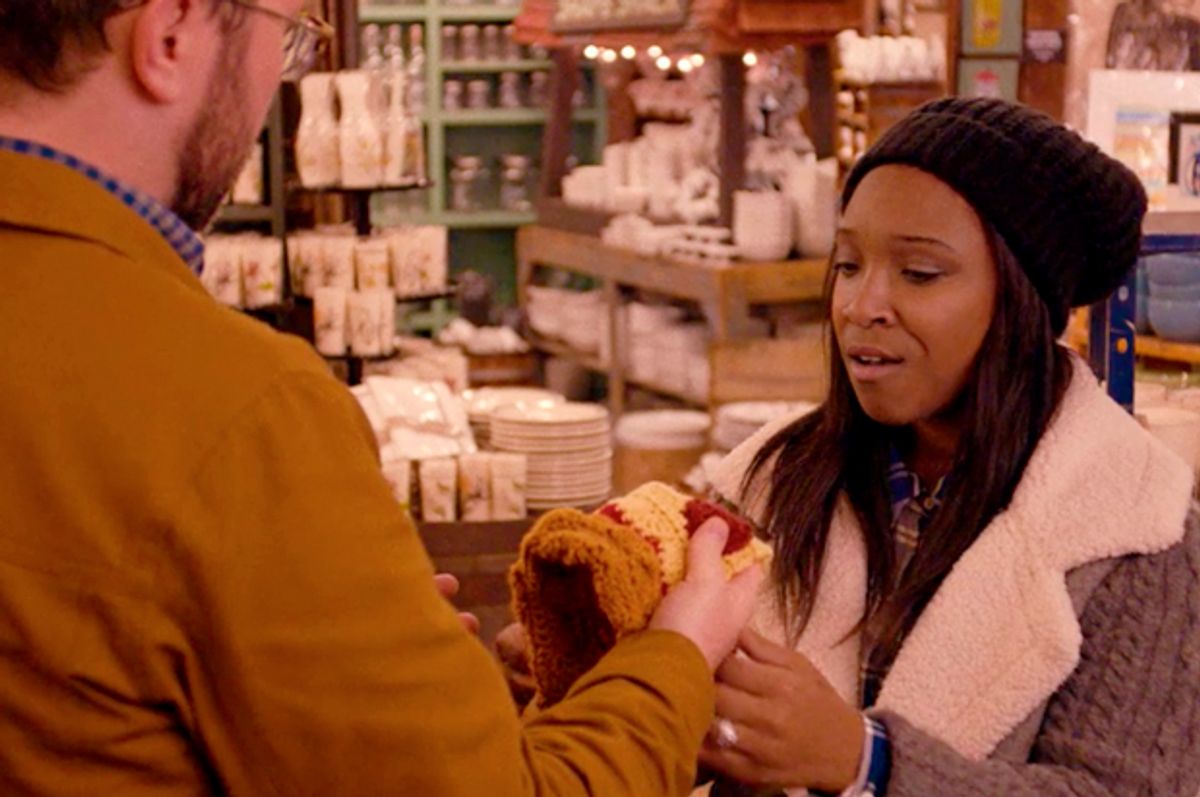 I finally got around to watching the second season of Aziz Ansari’s Netflix original series "Master of None." Ansari has a gift: He’s one of those guys who is funny just because. Not to take away from his writing or the work he puts into his routines, but the dude makes me laugh just by opening his mouth, and that’s what happened as I watched episode after episode after episode.

The show tackles racially awkward situations and explores the pitfalls of dating, art and social media, and you don’t have to have seen the first season to fully appreciate the new episodes. Many of the episodes throughout this season deliver a very important and very simple theme missing from many of today's other hit shows — the importance of being considerate.

There are examples all throughout the second season, but I’d like focus on episode 6, "New York, I Love You," which also happens to be my favorite. It starts with Aziz’s character Dev, along with his two best friends Arnold and Denise, walking down the street discussing a new film. The trio crosses paths with a doorman, and the perspective instantly switches to his.

We viewers get to see how hard he works, how underappreciated he is, and the loads of racism piled on him daily by the residents of the building, all while he’s expected to be perfect at his job. The doorman has a brief exchange with a joyous co-worker, who walks out of the building and into a corner store, where there's a cashier who is deaf and lost in her iPhone like the rest of us. Again, the theme of respecting another person’s individual journey comes in. The sound completely stops when the episode shifts to her perspective. (I’m sure I wasn’t the only one to check the volume on my TV.)

It's brilliant — the lack of sound forces the viewer to pay attention and focus on her. You can’t check your phone while watching or you’ll miss the witty dialogue that "Master of None" has mastered (no pun intended). The cashier isn’t concerned about her hearing or stressing the fact that she's deaf, like an after-school special might. She's living her life. The young woman leaves work, meets a friend for coffee and gets into an argument with her over clothes, and then joins her boyfriend to do some shopping — and they fight privately (so they think) in public about their sex life.

The last New Yorker we meet is an African taxi driver and a few of his friends who also work as cabbies. Two white women who only talk about grain — like the rest of the white women in New York, according to the cab driver — get into his car and spoil the ending of a movie he wanted to see all week. “They act as if cab drivers don’t go to the movies,” he tells a friend. We get to see what his day is like, which was interesting to me as a person who jumps in dozens of cabs in New York throughout the month and doesn't really say anything except “Hello," "Right here is cool" and "Have a great day.” I've never had a relationship with a cab driver and felt embarrassed to be shocked at his American experience.

The camera follows him home where he lives with several friends and they prepare for a night out dancing, only to be shunned at club door by an overly judgmental bouncer, a gatekeeper in New York's cheesy nightclub culture. After the rejection, the guys are quickly hustled by a shady promoter who preys on their ignorance, smelling that they had money and a lack of understanding of how the game works.

The episode ends on a happy note. I don’t want to spoil the ending like the women in the cab did; however, I do want to shed more light on the show’s theme and show how easy it is to lift your head up from your phone, acknowledge another person in public and just simply be nice.

I was headed home to Baltimore from New York the other day and saw family of three. They appeared to be Indian. I’m guessing it was a mom, a dad and their daughter who looked to be about "college age." The mother and daughter were sitting down next to a Paul Ryan lookalike who had a life-size book bag in the empty seat next to him. The father stood. He probably wanted to sit next to his family. The train station was crowded and there weren’t many available seats, especially three in a row. The mother got up, placed a water bottle in her chair and went to look around for more seats as another guy with eyes locked on his phone's screen slid into the woman's seat and sat on her water bottle without asking if the seat was taken or not. The daughter looked frustrated but was maybe too shy to tell him the seat was already taken. Her parents walked back over, looked at him and remained silent.

“Aye, Slim,” I said. “You are sitting in their seat and blocking their water bottle.”

He popped up, apologized to me, looked the family up and down, apologized to me again and kept walking. The father turned his head in another direction as the mother grabbed her water bottle and reclaimed her chair. The daughter nodded and sent a thank-you wave in my direction.

I don’t think I’m a hero; I wasn’t looking for a parade in response. I’m just happy that I had the opportunity to be considerate to this set of strangers. If more of us did so, the world would be a better place. That was the message I received from "Master of None." Great art inspires.