What Trump missed in his address on tolerance — American Muslims

For Trump, Islam remains something foreign 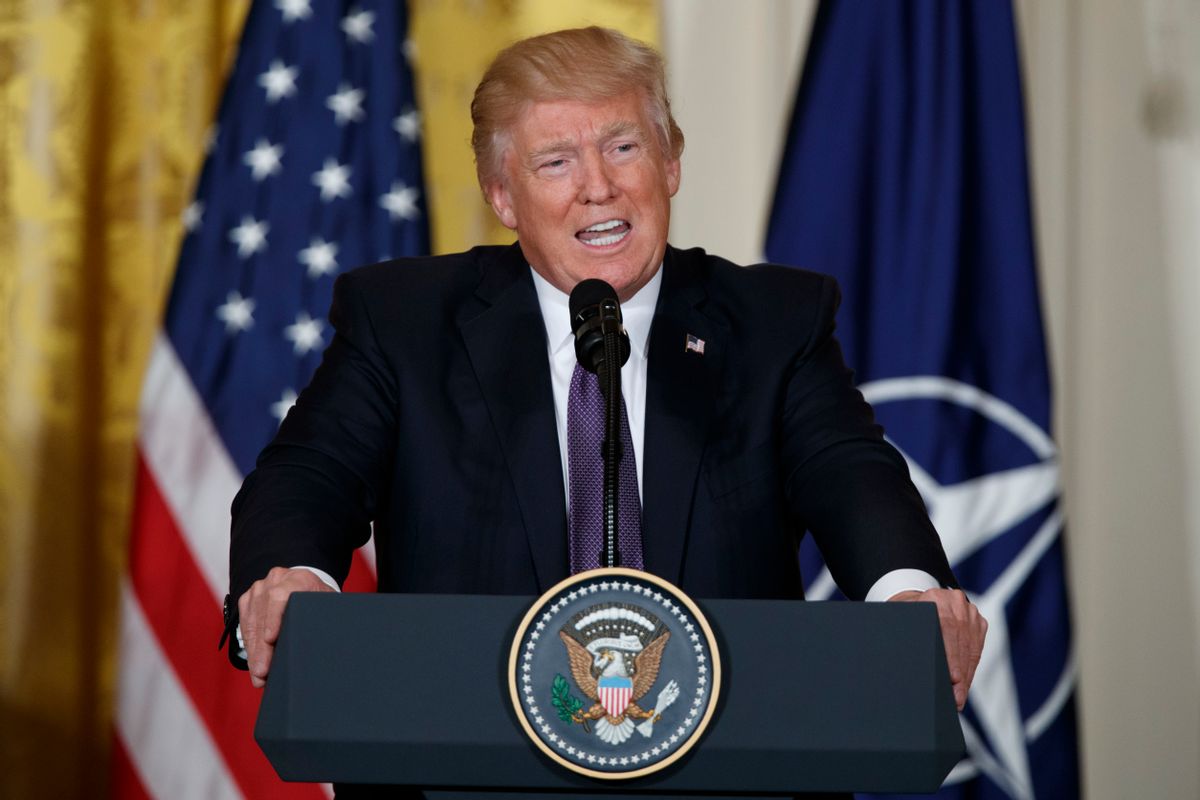 President Donald Trump, like his predecessors before him, has discovered the potent language of religious tolerance and interfaith unity when discussing Islam, as he demonstrated in his speech in Saudi Arabia to leaders of some 50 Muslim nations. But unlike previous presidents, he has not linked that rhetoric with recognition of the large, vibrant Muslim community in the U.S.

As a historian who has studied efforts in the past to build acceptance of religious pluralism in the United States, I am concerned by Trump’s departure from historical precedent.

Can a message of tolerance to Islam abroad be persuasive without a corresponding affirmation of American Muslims at home?

In his widely anticipated remarks on Islam and terrorism, President Trump avoided many of the missteps his critics feared. He notably abandoned the harsh rhetoric that characterized descriptions of Islam during his 2016 campaign. Trump has set aside his insistence on the use of the phrase “radical Islamic terrorism.” He has also rejected the broad generalizations of Islam that marked his demand for a “total and complete shutdown” of Muslim immigration because their hatred was “beyond comprehension.”

With the exception of one apparent reference to “Islamic terror” — present in his spoken words but not in the written text of the speech — Trump otherwise struck a tolerant, inclusive tone. In his declaration that he was “not here to lecture” was the promise that the U.S. would not tell others “how to worship.”

More notable than the language of tolerance was Trump’s new emphasis on interfaith commonality. He declared the campaign against terrorism not “a battle between different faiths” but rather a fight that encompassed them all. He noted that a terrorist who “falsely invokes the name of God” should be considered “an insult to every person of faith.”

He used the language of a shared humanity and common God in his powerful — albeit macabre — description of victims of terrorism, noting,

“when we look upon the streams of innocent blood soaked into the ancient ground, we cannot see the faith or sect or tribe of the victims — we see only that they were Children of God whose deaths are an insult to all that is holy.”

Echoes of past presidents

In proclaiming tolerance and highlighting commonality with Muslims, Trump walked a well-worn path.

In 1980, during the Iran hostage crisis, Jimmy Carter noted the many “human and moral values” which all Americans shared with Islam. These included a “deep faith in the one supreme being” and a shared respect for “the family and the home.”

Twenty-one years later, George W. Bush, in his speech to Congress in the aftermath of the 9/11 attacks, emphasized a spirit of tolerance. Addressing “Muslims throughout the world,” Bush proclaimed, “we respect your faith.” Of Islam, he added: “its teachings are good and peaceful.”

Likewise, in a speech given at Cairo University shortly after taking office, Barack Obama affirmed that Islam “has a proud tradition of tolerance.” He also pointed to interreligious commonality. The principle “that we do unto others as we would have them do unto us” was a value that “transcends nations and peoples” and was not limited to “Christian, or Muslim or Jew.”

This was one thing that was strikingly absent from Trump’s speech, though. The Saudi speech lacked any acknowledgment of the large Muslim population in the United States or discussion of its contribution to American society.

This absence, I argue, suggests an important limit to the evolution of Trump’s views on Islam.

In the speech, Trump made little mention of the U.S., except for a brief litany of terrorist attacks on American soil, including 9/11, San Bernardino and Orlando. The millions of Muslims who live in the U.S. and are integral parts of American society went unmentioned.

On this crucial point, the contrast between Trump and his predecessors is striking.

In 1980, President Carter noted that the U.S.’ “kaleidoscopic population includes a vigorous Islamic community.” After 9/11, President Bush reminded the nation that the Muslim faith was “practiced freely by many millions of Americans.” And, in 2009, President Obama forcefully emphasized that “Islam is a part of America.”

Obama described his personal experience “in Chicago communities where many found dignity and peace in their Muslim faith.” Obama reached back into history as well. Islam was not merely a part of the American present but also its past. “Since our founding,” Obama noted, “American Muslims have enriched the United States.”

For Trump, I argue, Islam remains something foreign. It is something that belongs in what he describes as “the Muslim world” rather than a religion integrated into American society. It seemingly did not occur to Trump’s speechwriters that a discussion of Islam should make some mention of American Muslims.

Until Trump stops presenting Islam as something distinct from American society, speeches like this one will do little to change perceptions of him. The president appeared admirably tolerant abroad. But he did nothing to acknowledge Muslims in the U.S.