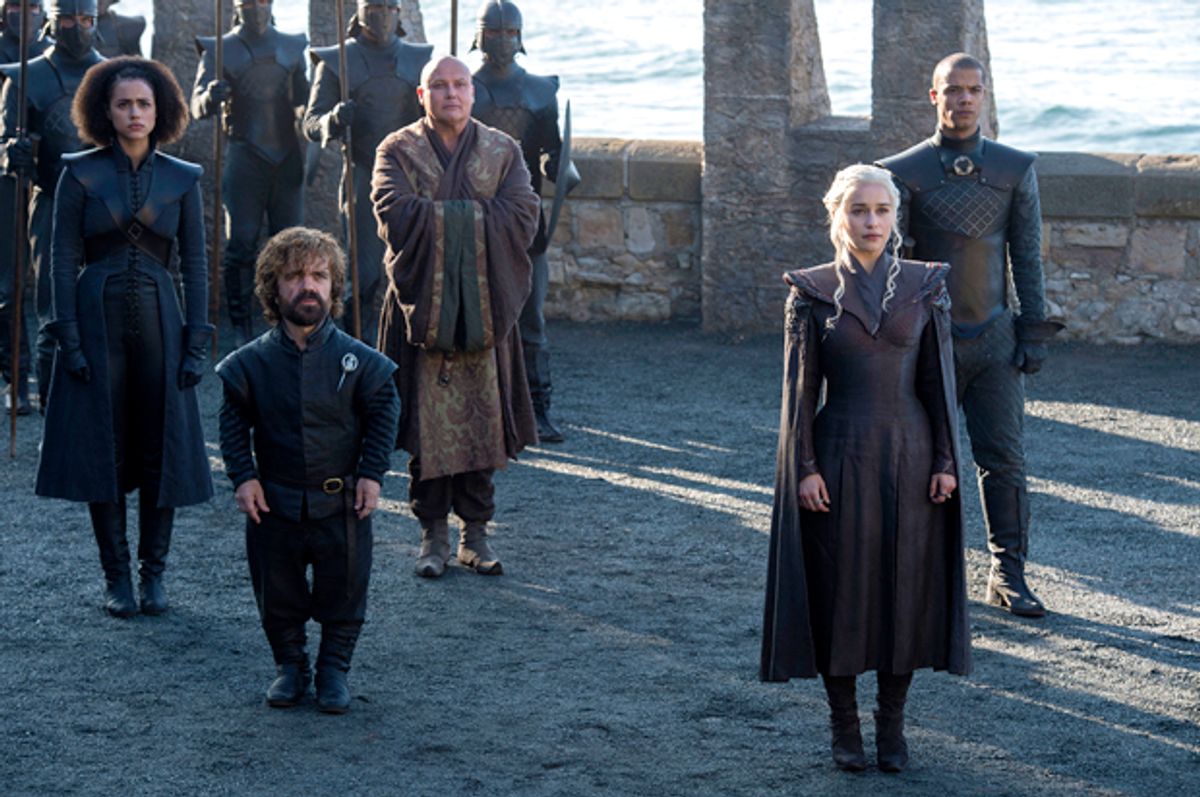 Fans of HBO's tentpole fantasy series "Game of Thrones" have been waiting with something less than patience for their first look at the delayed, penultimate season of the beloved show. Today, the network released its first trailer for season 7 and, in so many ways, it's the perfect reward for those millions of viewers.

Open wide your greedy eyes and see it for yourself thanks to Vulture.
As you can see, we pick up with Cersei Lannister — now queen of the rapidly fracturing Westeros — surrounded on all sides by enemies invading from all points of the compass. Determined and monomaniacal as ever she intones, "Whatever stands in our way, we will defeat it."

Elsewhere, exiles Daenerys Targaryen and Tyrion Lannister have washed up on Westeros' shores, her dragons in tow. Up north, Jon Snow and Sansa Stark are still trying to hold together the alliances forged in the last episodes of season 6, while Arya continues her hunt for vengeance in the snow. Also in a blizzard, the Wildlings charge out from the Wall to face the White Walkers.

In a stunning final image, Daenerys' now massive favorite flyer, Drogon swoops over her marauding army of ex-slaves and Dothraki riders. Jon Snow whispers in voiceover, "The great war has begun." Indeed, with all the swords and lances poking out of this trailer, it's hard to deny that it has.

Consisting of only 7 episodes as opposed to the usual 12, "Game of Thrones" season 7 debuts July 16 at 9 p.m. on HBO. We await it breathlessly.