WATCH: The battle of the budget: Where's the compassion in $57 billion in spending cuts? 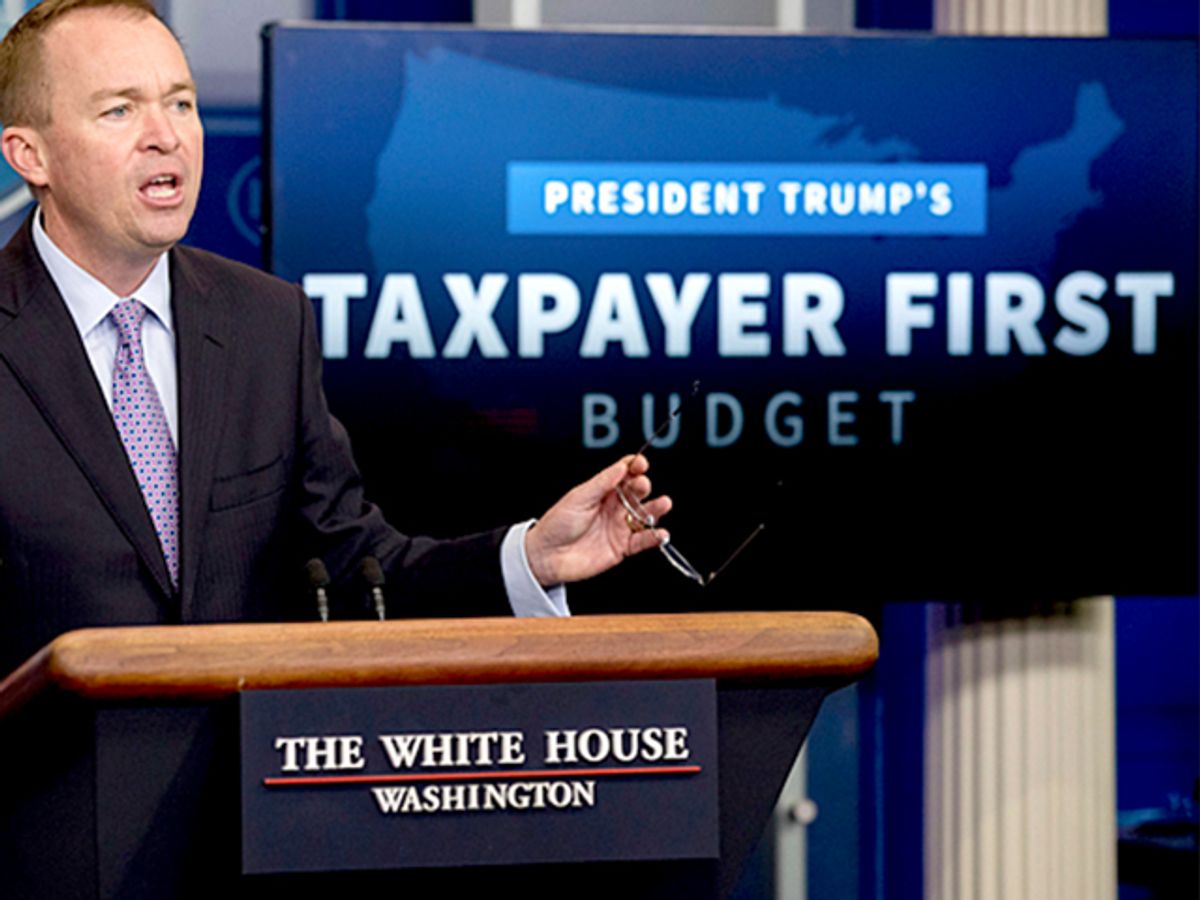 President Donald Trump  shared this week with Congress further details about his fiscal 2018 budget: Along with requesting $669 billion in defense spending, he has called for some $57 billion less than current spending levels for all budget areas besides defense and homeland security items. As Salon's resident conservative, I joined my progressive colleague Jeremy Binckes for an episode of "Salon Talks" to hash out the implications.

“The biggest takeaway obviously is that it is taking a lot away from the social safety net,” said Binckes, a cover editor for Salon. “Mick Mulvaney said something to the effect of compassion," he said, referring to the White House budget director's recent remarks. "His compassion line, I think, speaks [volumes] to everyone. Compassion, he said, is not really about who gets what benefit, but it's is a taxpayer’s tax dollar being used wisely, right?”

I argued that by reforming the social safety net — putting it on a sustainable fiscal trajectory, America is displaying compassion for people who truly need it. Without commonsense reforms, the safety net would break — something that former President Bill Clinton understood when he worked with congressional Republicans to enact welfare reform legislation mandating work requirements for recipients.

I pointed out that massive waste, fraud and abuse in the operation of the social safety net (for example the $60 billion in improper Medicare payments, reported by ABC News in 2015) has put us on a trajectory toward having unsustainable debt. To my thinking, these problems will eventually cause the system to implode — leaving each person for fend for herself.

One thing that Binckes and I both agreed on was that where we would like to see more efficiencies in defense spending.

What's your perspective? Catch more of this debate by watching the "Salon Talks" video.