Marijuana could be salvation for American blue collar workers 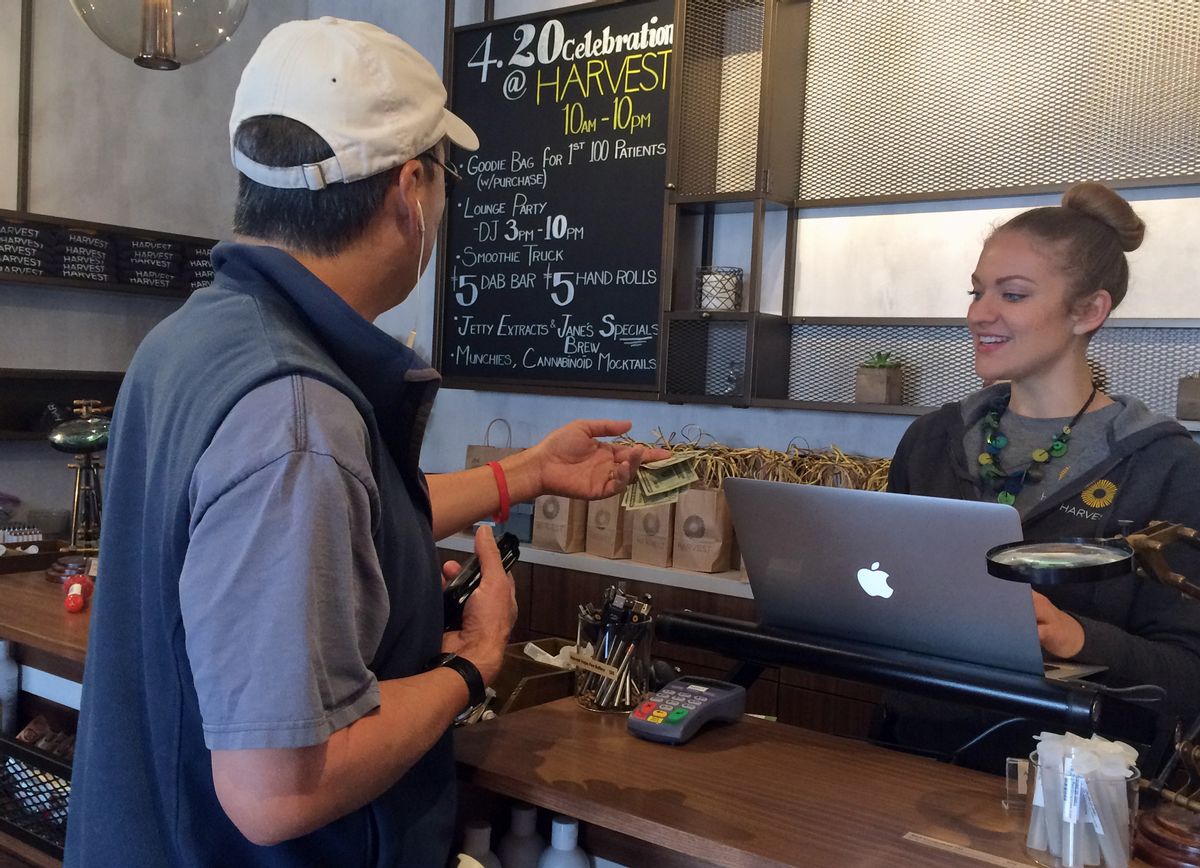 While President Trump continues to lean on traditional industry to bring jobs back to the United States — vowing to create somewhere in the vicinity of 25 million new jobs within the next 10 years — he has failed to consider how a nationwide cannabis industry could help accomplish his objective and bring some much need financial recovery back to a wounded blue collar workers.

But before the cannabis trade has the power to catapult the U.S. worker into a dynamic realm of prosperity, Congress, along with President Trump, will first have to legalize it at the federal level, allowing all things cannabis to be taxed and regulated in all 50 states in a manner similar to alcohol and tobacco. Only then will this new agricultural division have the potential to create millions of new jobs and generate hundreds of billions of dollars in economic activity.

In Colorado, somewhere around 18,000 new jobs have been created since the state legalized recreational marijuana. Not minimum wage positions either — well above average paying jobs in the neighborhood of $15-20 per hour. Some of the more skilled labor force, like grow masters and store managers, can see earnings in upwards of $75,000 to $100,000 per year.

A recent report from Bloomberg shows that legal weed has caused some service-oriented industries, like the restaurant business, to struggle when it comes to finding a workforce. These operations, which typically pay their workers minimum wage and sometimes tips, simply cannot compete with the wages being offered out there in the world of weed.

The latest market analysis from New Frontier Data shows marijuana legalization’s power to create new jobs could be a salvation’s wing for the “middle class,” the pulse of the U.S. economy, by creating more jobs (nearly a quarter of a million) within the next few years than the combined offering of the manufacturing and government sectors.

What’s more is the full job-creating potential of legalization is far from being realized.

Reports show that long before the first gram of marijuana is ever sold in a legal state, money is being made hand over fist by those members of the business community with, perhaps, little to no interest in legal weed. Contractors specializing in everything from construction to heating & air are being called upon in the beginning stages to assemble the various components of the cannabis industry. This situation alone is responsible for putting thousands of people to work — contributing new money to local economies.

Interestingly, Pueblo County Commissioner Sal Pace recently told The Boston Globe that around “40 percent of all construction permits countywide have been attributed to the cannabis industry,” a little snippet of data that so eloquently shows how more food is being put on the table in more homes, ever since the state moved to legalize for recreational use.

It is for this reason that small, blue collar communities in legal states are starting to get ultra-excited about the new opportunities coming their way. Towns in states like Pennsylvania and Ohio, which were once supported by steel and other production sectors, are pushing hard for marijuana cultivation facilities to be built in their neck of the woods. These people understand how the development of this new sect can bring about hundreds of new jobs and contribute greatly to the overall growth of the local economy.

Unfortunately, it does not appear that the potential economic benefits associated with the legalization of marijuana is getting too many members of Congress, or anyone in the Trump administration, for that matter, eager to get the ball rolling on nationwide reform.

But if President Trump is going to make good on his promise to create 25 million new jobs in the next decade, he’s going to need to work some serious magic.

For now, there are still concerns that the new administration may impose a federal crackdown on legal marijuana states — a move that some industry analysts fear could lead to a recession.