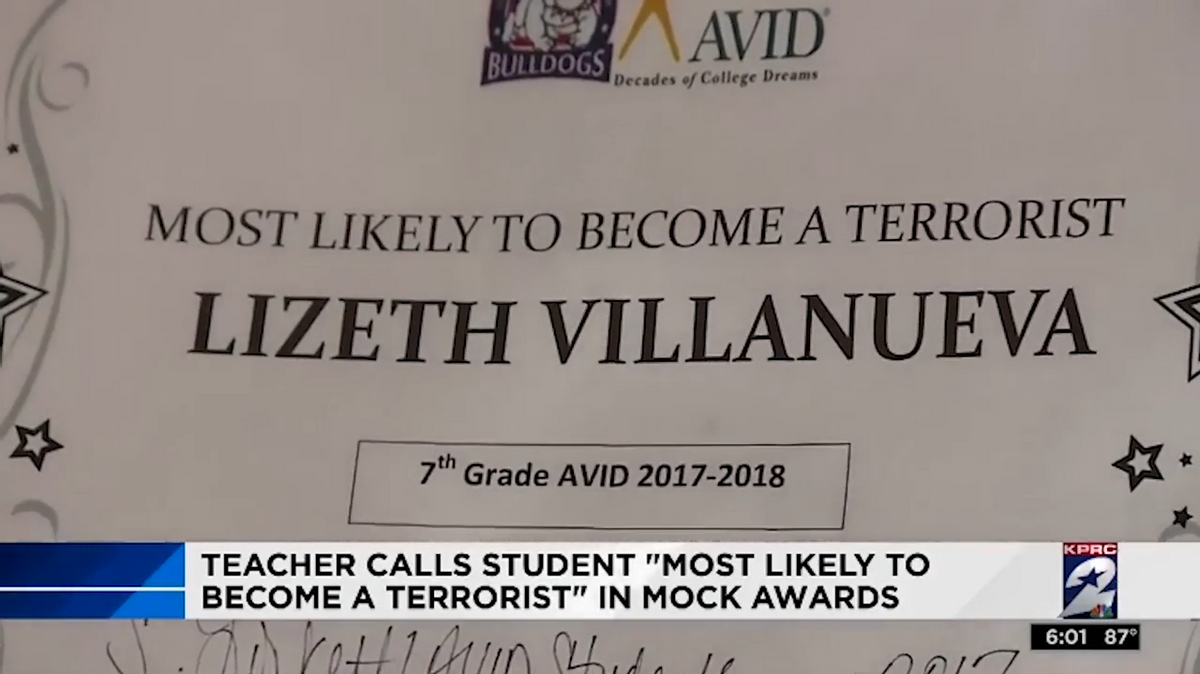 Lizeth Villanueva, a seventh-grader in Texas, was given the “most likely to become a terrorist" award by her teacher this week, shocking the honors student and her mother.

“I was upset and very mad when I saw the award,” Ena Hernandez, Villanueva's mother, told The Washington Post. “I was surprised because my daughter has been doing well in the honors program.”

Villanueva, 13, told The Post that the teacher "just laughed" when she signed it and handed her the award.

“The Channelview ISD Administration would like to apologize for the insensitive and offensive fake mock awards that were given to students in a classroom," the school district said in a statement. "Channelview ISD would like to assure all students, parents and community members that these award statements and ideals are not representative of the district’s vision, mission and educational goals for our students."

“The teachers involved in this matter have been disciplined according to district policy and the incident is still under investigation,” the statement added.