You can finally get "MMMBop" out of your head 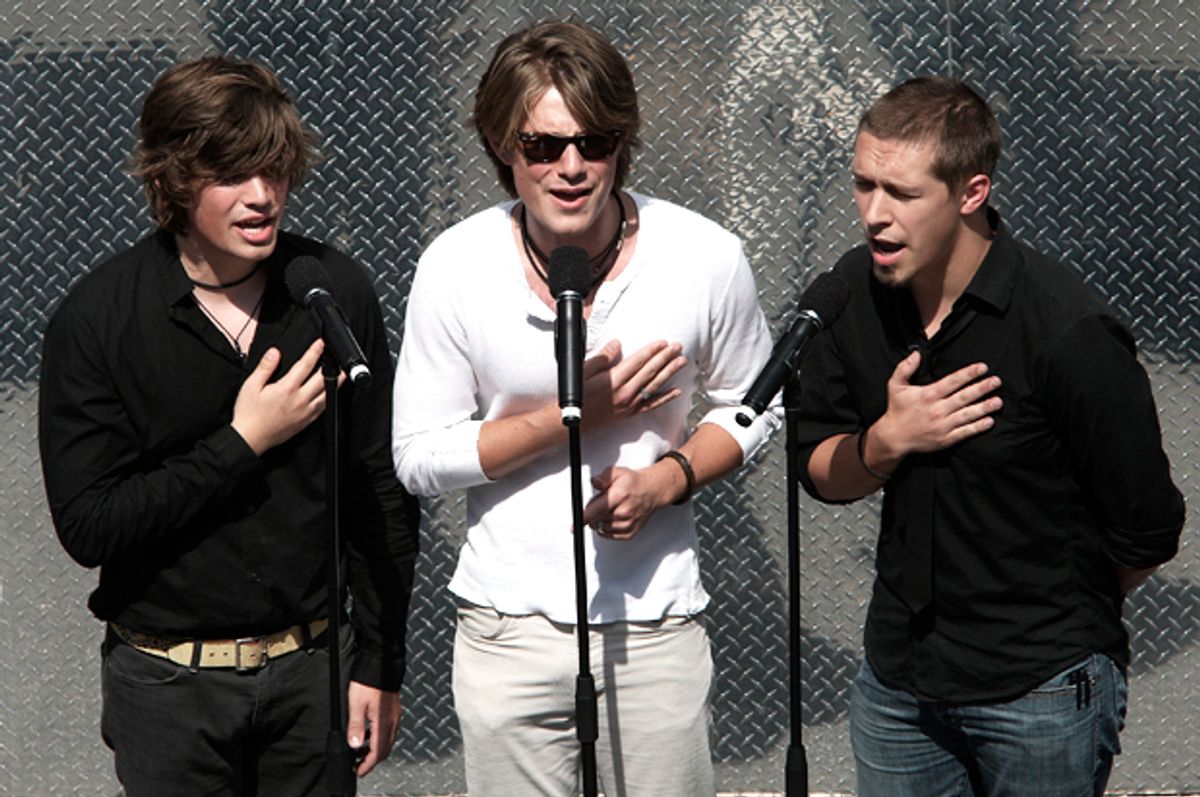 For those of you still who still consider "MMMBop" your summer anthem, this is for you.

Just in time for Memorial Day weekend — and their 25th anniversary — everybody's favorite 90's bro-band, Hanson, has released a new single and video.

The single "I Was Born," is part of the band's newest studio album, a medley of their greatest hits, titled "Middle of Everywhere: The Greatest Hits." It's clearly ode to to their first album, "Middle of Nowhere" released some 20 years ago.

Along with their new single, the album will also include fan favorites such as "I Will Come to You," "Where's the Love," and of course, "MMMBop."

2017 marks the band's  anniversary, so it only makes sense that they'd come out with a greatest hits collection, but it was a surprise that there was a new song in the mix.

Starting off in their teenage years — Isaac, Taylor and Zachary Hanson were 16, 14 and 11, respectively when their first album dropped — the band has remained busy. Since 1999, Hanson has completed 13 world tours and put out nine studio albums, including a Christmas album. They've also appeared in over 15 different films.

They also now have 12 children between the three of them. Future Hanson boy-bands perhaps?

Their greatest hits album announcement comes alongside their announcement that they are going to begin touring again, to commemorate their 25th anniversary. The group will begin their tour in June in Germany, break for two months, and then pick up again in September. The group has plans to cover Europe, Canada and the United States, wrapping up in Houston, Texas at the end of October.