The end is coming for "Game of Thrones" pretty quickly

Between seasons 7 and 8, there's just not many hours of "Thrones" remaining 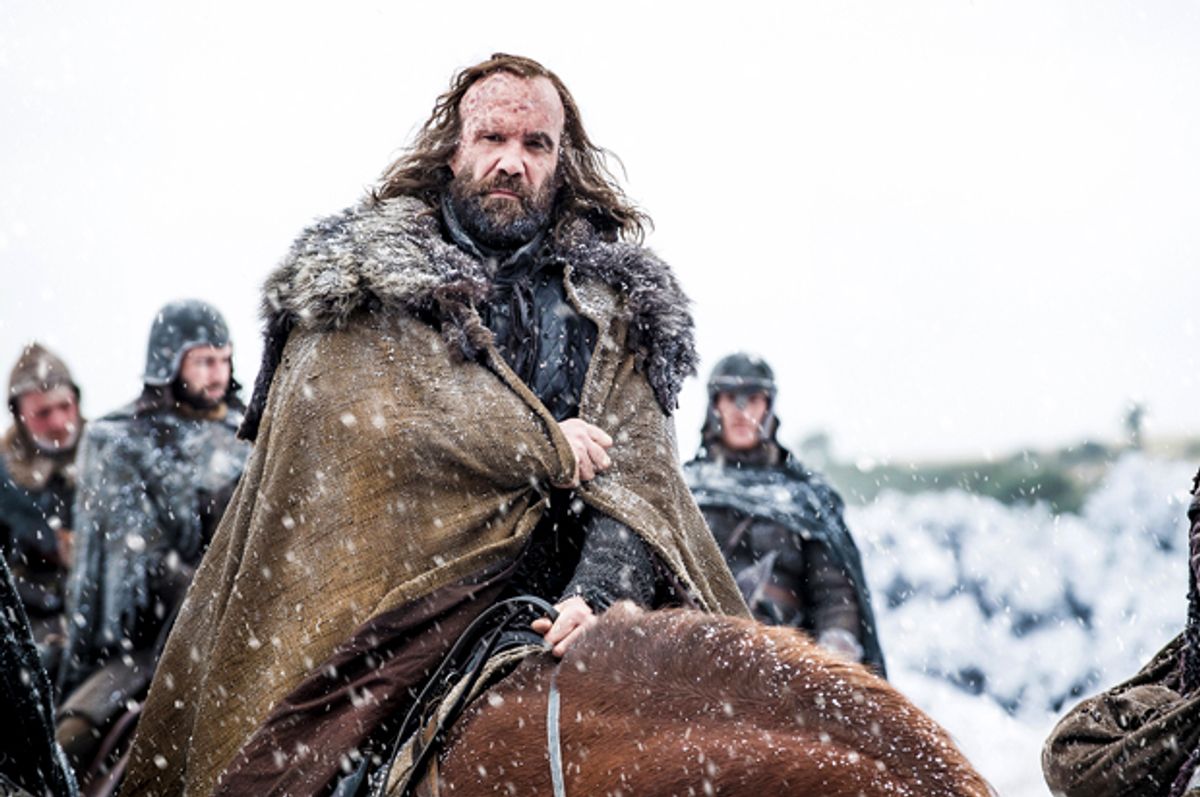 Rory McCann in "Game of Thrones" (Courtesy of HBO/Helen Sloan)
--

According to sources who spoke to The Hollywood Reporter, there are a paltry 13 episodes of HBO's soaring fantasy series "Game of Thrones" left before the show goes off the air forever in 2018. These reports would seem to confirm earlier rumblings (or were they fears?) about the final episode count.

The Reporter's Katie Stanhope writes, "sources confirm that the eighth and final season will run 6 episodes." If that holds true, then — in addition to season 7's forthcoming 7 episodes — viewers have 13 left. Some previous seasons were themselves 12 episodes long. There is no word on whether these truncated seasons will feature jumbo-size episodes that go beyond the series' typical 50-ish minute run time.

As The Reporter notes, the idea that the final seasons would be shorter in nature goes back to 2016 when reports of the new strategy surfaced. These rumors were later confirmed by HBO programming president Casey Bloys.

"I think [the showrunners, D.B. Weiss and David Benioff] have a very specific plan about the number of seasons they want to do," Bloys told Reporter writer Lesley Goldberg in mid-2016 about working with series' producers on offering quality over quantity. "If I could get them to do more, I would take 10 seasons, but we want to take their lead with what they could do and what the best version of the show is."

Generally speaking, it's sad news for "Thrones" fans, but not a shock to anyone who's been keeping abreast of developments. While HBO is developing a slate of new shows set in the "Thrones" world — one created by writer George R.R. Martin in his "A Song of Ice and Fire" book series — it seems the fate of many of series' most beloved characters will play out faster than perhaps hoped.