8 brilliant shows you haven’t streamed yet, but will this long weekend

Not everyone can escape town on Memorial Day, but at least with these undervalued series, you can escape life 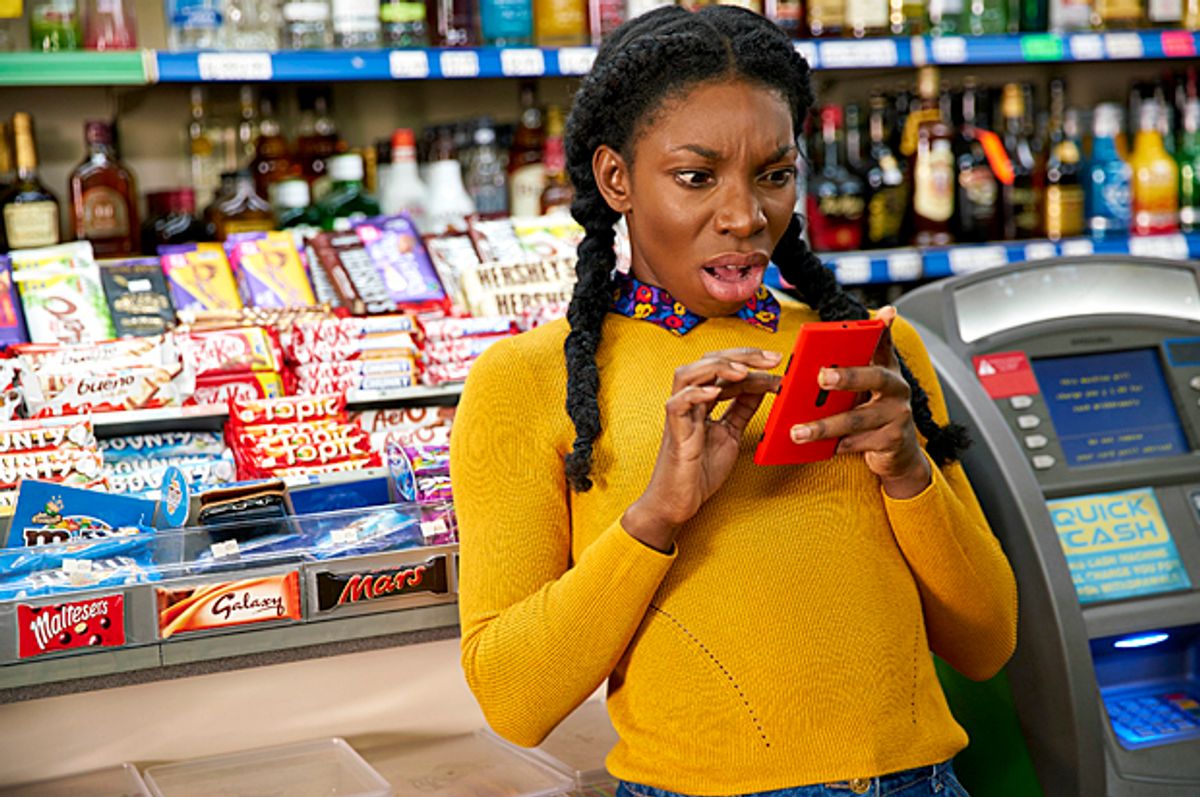 OK, so it’s Memorial Day weekend and, because you’ve been working so hard, you haven’t had time to figure out how you’re going to play. It happens to the best of us.

Now, maybe you’re looking forward to three days of Thai food and binge-watching. Certainly no one could blame you. Thing is, if you’ve already exhausted such bingeable streaming goodies as “The Handmaid’s Tale,” “Master of None” and “Catastrophe,” you might soon find yourself struggling in the digital content department.

Don’t worry, here are eight shows that, while highly enjoyable, just haven’t been on the tips of people’s tongues the way “I Love Dick” and “The Crown” have been. Add them to your queue, pull up Seamless and clock out until Tuesday. 1. “Patriot,” Amazon
A curious one, “Patriot” seems cut from the same odd cloth as “Fargo,” but perhaps more meditative and subdued. It is no less engrossing, however. Tracing the path of a trauma-laden spy on a constantly failing series of missions, it lives in a surreal, yet realistic world of quirky, yet grounded characters. For example, the lead is constantly on the verge of blowing his cover due to his nervous tic of revealing state secrets in folk songs. Beautifully filmed, it’s worth the gamble. 2. “Harlots,” Hulu
Just to be clear, “Harlots” isn’t what one would call “good.” Matter of fact, it’s sometimes downright bad. And yet, and yet . . . Starring Samantha Morton and Jessica Brown Findlay (“Downton Abbey”) this look into the brothels — both squalid and splendorous — of Georgian England and the ladies who populated and ran them is a keeper. It’s a soap opera clothed in tattered hoop skirts and rouge, odd and well-rendered enough to be a justifiable guilty pleasure. 3. “Chewing Gum,” Netflix
Brilliant and somehow under-promoted, this English single-camera sitcom stars and was created by the winning Michaela Coel, who plays a highly awkward teen coming of age in a London council estate (“the projects” to Americans). It’s funny, mortifying and bright as hell. Those who’ve enjoyed the comic style and messy feminism of “30 Rock” should rush to it. 4. “Fortitude,” Amazon
Somewhere between “The X-Files” and season 1 of “Fargo” lies “Fortitude,” a murder mystery set in the fictional northernmost town in the world. Troubling and downright bizarre at times, the series benefits from its snowy, claustrophobic setting, impeccable direction, and anxious performances by Stanley Tucci, Richard Dormer, Sofie Gråbøl, Michael Gambon and more. It’s, for lack of a less punny word, chilling. A second season, starring Dennis Quaid, is available for rent as well. 5. “The Kettering Incident,” Amazon
As chilly as “Fortitude,” “The Kettering Incident” takes the same sort of Scandinavian existential dread and uneasy mystery to a remote seaside town in Tasmania where a doctor suffering from various psychological ills (Elizabeth Debicki) returns home after 15 years to finally confront the secrets that defined her life. Rising star Debicki (“Guardians of the Galaxy: Vol. 2,” “The Night Manager”) stuns in a demanding role. Luckily or unluckily (depending on your perspective), the show was canceled after a single season, meaning you’ll have time to binge elsewhere. 6. “Burning Love,” Hulu
A universe away from “The Kettering Incident” and “Fortitude” is “Burning Love,” a parody of “Bachelor”-type romance reality shows that is just as addictive and, let’s face it, evil as its source material. There are three seasons of this former web series available on Hulu featuring all-too-real comedic performances by Ken Marino, June Diane Raphael, Michael Ian Black, Abigail Spencer, Kumail Nanjiani, Malin Akerman, Adam Scott, Seth Rogen, Ben Stiller, Nick Kroll,  Michael Cera and more than 20 other talents rolling around in this beautiful pool of filth. 7. “Casual,” Hulu
As clever as “Transparent,” though perhaps not as daring, “Casual” just hasn’t gotten the publicity it deserves. Centering on three members of a highly dysfunctional family as they attempt (and fail) to right their romantic lives, the show offers a rare mature take on sexuality while still offering cringeworthy moments of the “Curb Your Enthusiasm” variety. The soulful, engrossing show shines thanks in great part to the generous, brilliant performance of “SNL” alum Michaela Watkins as a woman diving into singlehood at 40. She can’t be missed. 8. “Difficult People,” Hulu
And another echo of “Curb” comes from comedian Julie Klausner, who’s roped Billy Eichner into a mortifying, hilarious series where the two play more grating, less successful versions of themselves. The struggling, aimless performers seem to have no clear talents other than getting the entirety of New York City lined up to hate them. Andrea Martin is a riot as the Jewish mom to end all Jewish moms and, at less than 30 minutes a pop, the episodes go down like potato chips. Bet you can’t have just one season.