The pioneering keyboardist, guitarist and singer passed away from liver cancer today 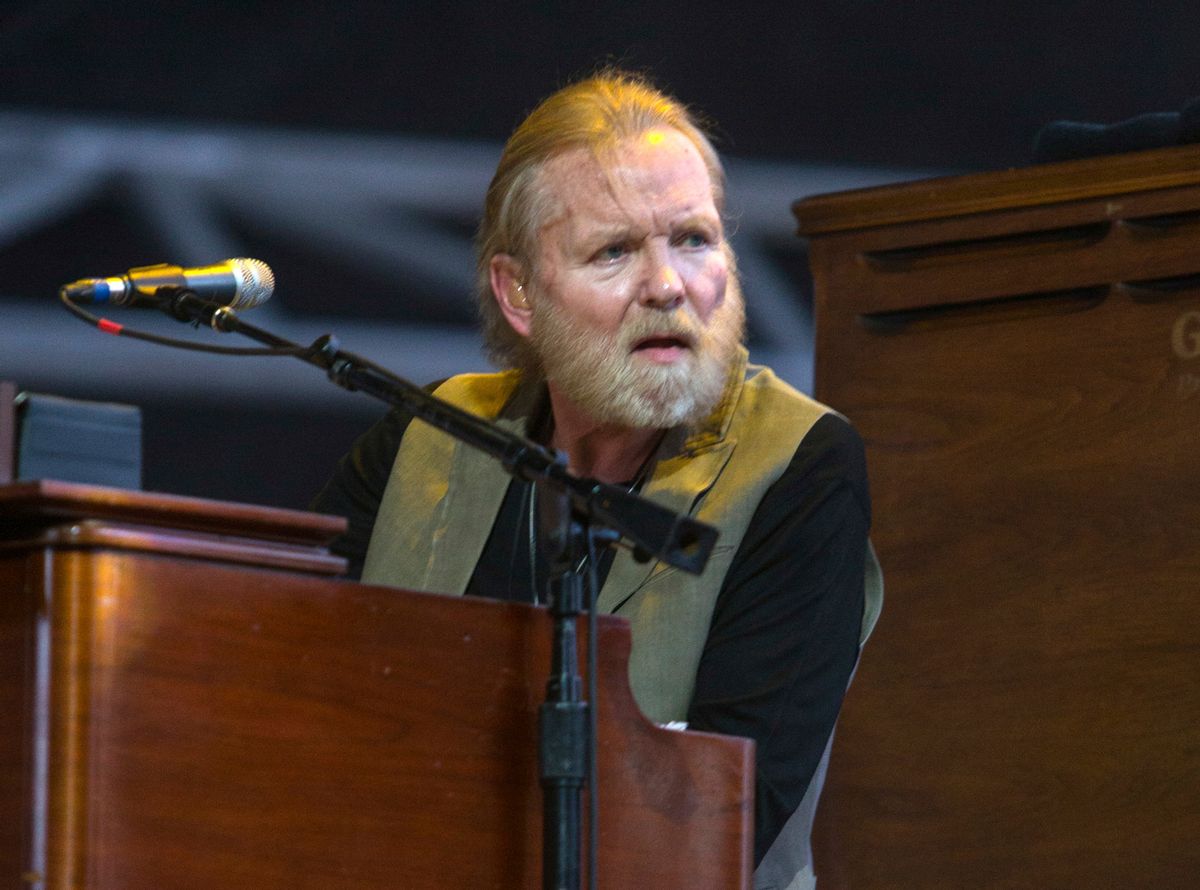 According to a statement on his website and from his management, Gregg Allman, the leader and co-founder of the rock group the Allman Brothers Band, died today due to a reoccurrence of liver cancer. The keyboardist, guitarist and singer passed away at his home in Savannah, Georgia at the age of 69.

Allman helped steer the massively popular, massively influential Allman Brothers Band through constantly shifting lineups, tragic deaths (including that of his brother and band lead guitarist, Duane Allman), changing times and changing tastes from 1969 to 2014 — a period of 45 years during which the band was only fully inactive for a mere 7.

On top of hits in the 1970s — including “Ramblin’ Man,” “Melissa,” “Jessica,” and “Midnight Rider” — the group not only became one of the most successful and highly praised live acts in the history of rock, but one of the more consequential.

Bathed in blues influences and aligning itself with the ‘60s successes of acts like The Band, Eric Clapton, The Grateful Dead and Jimi Hendrix, the Allmans, as they became known, pioneered a Southern-fried style of improvisational music marked by screaming electric guitars, complex percussion and Mr. Allman’s aggressive but warm keyboards. The multilayered sound — often topped by Mr. Allman’s strong, sandpaper vocals — played out across songs that, while of normal pop-single length on recorded albums, stretched into long, looping epics during their live performances.

Working with the Allman Brothers Band, Mr. Allman would help give birth to a genre of “jam bands” that drew direction from his work, that of The Grateful Dead, Jazz fusion and, to a lesser extent, another Southern band, Lynyrd Skynyrd. Contemporary acts in the genre — which still attracts millions of live viewers a year — include Phish, Widespread Panic, the Dave Matthews Band, Blues Traveler and others.

Throughout his 57-year career, Allman rarely stopped touring, performing and recording, sometimes as a solo act, sometimes as a contributor, but usually with the Allmans. Under his own name, his band’s, and with other artists, Mr. Allman played on albums that sold millions of copies worldwide.

Even as he approached his late 60s, when several illnesses — many of them attributed to decades of substance abuse — hobbled him physically, his concerts remained packed, electric events. Mr. Allman, who suffered from hepatitis-C, returned to recording and touring after he received a liver transplant in 2010.

Born in 1947 in Tennessee, Mr. Allman’s upbringing was a hardscrabble one split between Nashville and Daytona, Florida. Allman’s father was killed by a hitchhiker when the future singer was only two years old and he was raised by his hardworking, though financially strapped, mother.

Reported to be a sometimes troubled, often introspective child, Allman eventually found success working with his brother, Duane Allman, in local bands during the mid 1960s. A move to Macon, Georgia and a deep dive into the psychedelic drug culture blooming in the latter part of the decade saw the brothers team with drummer Butch Trucks to form the Allman Brothers Band in 1969.

Even though the 1970s would see the deaths of both Duane Allman and bassist Berry Oakley in separate, though eerily similar, motorcycle accidents, the decade proved a highly productive and lucrative one for Mr. Allman. Tours and recording contracts made a rich man out of the poor child and a public profile eventually led him to meeting and marrying the popular singer Cher in 1975. The two would go on to have one child, Elijah Blue Allman (also known as the musician P. Exeter Blue) and divorce in 1978.

Previously, Mr. Allman had been married to Shelley Kay Winters, with whom he had a child Devon Allman (also a musician) in 1972. A marriage to Julie Bindas produced a daughter, Delilah Island Allman, 36. Mr. Allman also had a son with Mary Lynn Green, the musician Michael Sean Allman, 51, and a daughter with radio journalist Shelby Blackburn, Layla Brooklyn Allman of the group Picture Me Broken, 24. Mr. Allman was also married to Janice Mulkey from 1973 to 1974, Danielle Galliano from 1989 to 1994, Stacey Fountain from 2001 to 2008 and he announced his engagement to Shannon Williams, his current wife, in 2012.

The last few years have been hard for Allman Brothers Band members and fans. Former members Allan Woody and Dan Toller died in 2000 and 2013 respectively. Founding Allman Butch Trucks passed in January of this year. The band split with longtime guitarist Dickie Betts in 2000 and chose to retire as a group in October of 2014. Their last concert came at New York’s Beacon Theatre, their favorite venue in the city where they were reported to have sold out 238 shows in a row.

As much as Mr. Allman was canonized as a rock and roll saint long before his death, he was, by his own admission, less than saintly. Personal wars and infighting with members of band have been reported, and Mr. Allman has been candid in the past about his extended substance abuse and his troubled relationships with some of his partners and some of his children. An arrest for drug possession in the mid ‘70s almost led to a long prison term.

And, yet, the sweetly gruff Mr. Allman has long been praised for his genuine love for music, his fans, his family and his collaborators. It’s a love that’s been reflected back in the many online tributes that have come in the wake of the news of his death from his many famous fans.