Before a weekend marathon of the animated series' last season, we celebrate its hero's struggle in face of futility 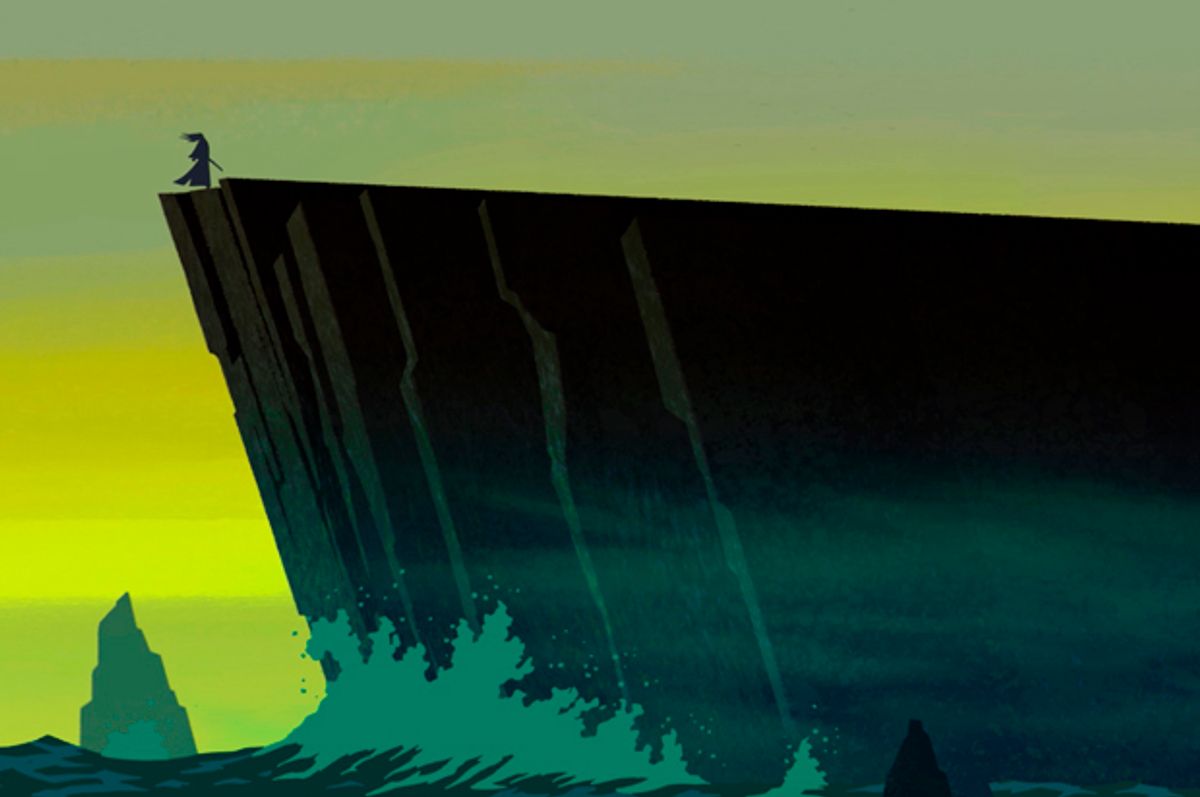 There are many reasons why the average television viewer may have missed “Samurai Jack,” whether on its first go-round in the early aughts on Cartoon Network or the series-ending revival, which aired its finale last weekend on Adult Swim, Cartoon Network’s late-night animation slot. For all of its mainstreaming, animation is still seen as a niche entertainment -- not necessarily for kids but, popular thinking goes, probably not for most adults.

Aside from pointing out that this mode of thought walls a person off from wide swaths of provocative artistry, it also fails to take into account the philosophical achievement that animator Genndy Tartakovsky and his team pulled off in bringing this story to a noble conclusion many years after it initially left the air.

These final 10 episodes of “Samurai Jack” — airing in a marathon on Adult Swim Saturday night starting at 11 p.m. — take a sharp tonal departure from the 52 that preceded them. Those upbeat half-hours were thrilling adventures full of levity, in which the hero faced adversaries sent by his nemesis and either defeated them or, in some cases, made them allies.

A few one-off episodes told the hero’s tale from different points of view, a memorable one being the story of a hard-boiled robot built to assassinate dissidents that developed a sense that what it did was wrong, retiring after it fell in love with an adorable pug. (His expression of affection may be the most heartbreaking in all of robot fiction. Over and over he says, “Lulu . . . Sweet thing.”)

This episode, known as “Tale of X-49,” might have portended where the fifth season would go once it finally arrived more than a decade later. Jack’s final adventures are purposefully darker and steeped in existential rumination about rage, in disillusionment and the overwhelming crush of a quest that does not end and, at long last, in redemption.

Tartakovsky, who created “Dexter’s Laboratory” before bringing “Samurai Jack” into existence, is also known for his work on “The Powerpuff Girls” and “Star Wars: Clone Wars.” But while “Jack” may not be his magnum opus -- or who knows, maybe that’s how he sees it -- it does represent a work of incredible maturity and accessibility.

The first four seasons aired between 2001 and 2004, and followed the adventures of a young samurai prince (voiced by Phil LaMarr), gifted with a magical sword and pressed into service by his father to destroy a powerful demonic shapeshifter known as Aku (first voiced by the late Mako Iwamatsu, who also gave voice to Iroh on Nickelodeon’s “Avatar: The Last Airbender”).

Conveniently, in the first version, Aku summed up the origin of their never-ending battle during the opening titles: “Before the final blow was struck, I tore open a portal in time and flung him into the future, where my evil is law. Now the fool seeks to return to the past, and undo the future that is Aku!”

Thrust into a dystopian future filled with mutant creatures and hungry, mindless machines, the feudal-era Jack struggles to adapt while remaining true to his identity and samurai virtues, holding them as tightly as he does his sword. The story is a hybrid of “Kung Fu” and Frank Miller’s “Ronin” comic book series. Throughout these first four seasons, Jack sliced his way into legend in a grim yet colorful future, defending the helpless and inspiring others to rise up and resist.

Season 4 ended without definitively closing the series, a conscious decision on Tartakovsky’s part. By the time it wrapped the animator was already working on “Clone Wars,” and would go on to direct the cinematic feature “Hotel Transylvania.”

More pertinently, Tartakovsky matured and reflected the impact of the years in Jack, granting the series a philosophical depth lacking in most series -- yes, even live-action ones.

For while only 12 and a half years have passed between those original “Samurai Jack” episodes and the beginning of its final run, which kicked off in March, we’ve jumped ahead 50 years in Jack’s world. Jack does not age, which is not the gift one would think it to be. Because his body hasn’t given out, he can never stop fighting. Yet in all of these years he still hasn’t defeated Aku, despite throwing everything at him. Worse, his sword is gone.

And unlike the refined, quiet and ritualistically neat Jack of previous years, the samurai is now a long-haired, bearded savage who hallucinates ghosts of his long-dead family hounding him for his failures and goading him to commit suicide.

Few creators, if any, make finding purpose in futility a central point of their hero’s journey. We want our protagonists to press forward regardless of circumstance. They’re allowed to fall, but they always get up and keep going until their goal is achieved.

But what if victory simply isn’t possible? These new “Samurai Jack” episodes confront that question not only through Jack, but via Aku (now voiced by Greg Baldwin) as well.

The villain has grown so insurmountably powerful on Earth, in addition the other planets he's infected, that he’s bored and depressed. He knows the samurai is still out in the world, but he can no longer be bothered to confront him. Besides, he has a cult of genetically engineered assassin daughters to do that for him.

Plenty of parallels can be made about the all-encompassing, world-degrading nature of greed and casual evil depicted in the fifth season of “Samurai Jack,” but that was there all along, even in the happier episodes.

Instead, what the newest batch of stories shows us is the heroic struggle of continuing to live and fight on in the face of pointlessness. For in these new episodes, hope seems to have disappeared from sight and the demon beating Jack into the ground is not Aku, but his own anger.

In one scene a new ally, Ashi (Tara Strong), confronts Jack when he’s reached the shaggy end of his tether, moments before he’s about to commit seppuku. He’s convinced all his lost, but she desperately contradicts him. “Hope lives. It is everywhere. I've seen it,” she says. “Everyone you have touched. The people you have helped. You saved them!”

Many TV series — live-action ones, for the most part — approach grief, guilt and depression head on. Some explore the concepts more obliquely as a side note to some sunnier aim. The end of “Samurai Jack” is not expressly fueled by these ideas. Rather, it’s an acknowledgment that the act of living, day by day, step by step, can be too much for even the best of us to handle.  And like life, these swan-song installments do not end flawlessly.

The finale resolves the adventure haphazardly, jamming a glut of action into too small a space. But that’s what happens when a creator like Tartakovsky is charged with wrapping up a world of his making after allowing it to lie fallow and mature.

The way that a show like this ends is less of a problem than the sad knowledge that we won’t witness any more from it. At the close of all his years, Jack has found an honorable way home.