Turkish government issued an arrest warrant for NBA player Enes Kanter, accused him of being part of terror group 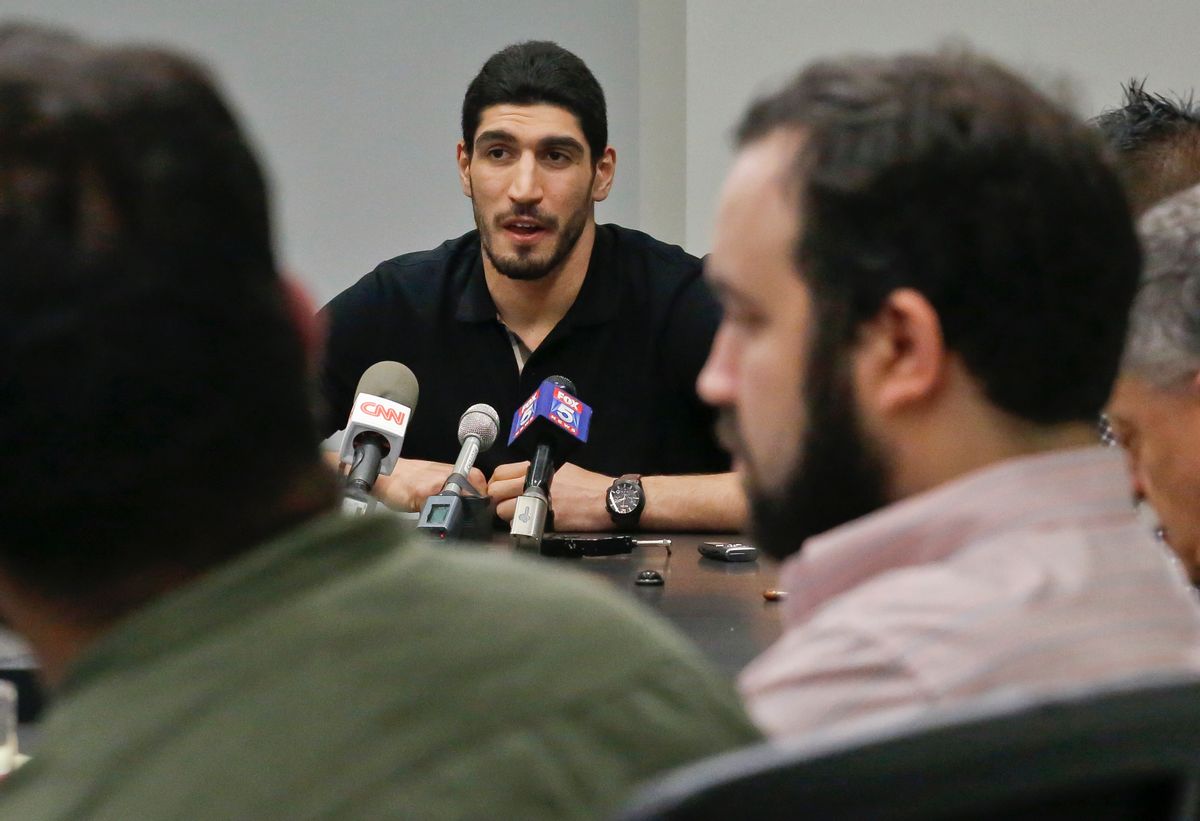 Enes Kanter, the NBA center and Turkish national who was detained in Romania last week after his passport had been revoked, is now wanted by the Turkish government.

Turkey issued an arrest warrant this week against Kanter and accused him of being a member of a "terror group," a pro-government Turkish newspaper reported, according to ESPN.

Kanter, a vocal critic of Turkey's president, Recept Tayyip Erdogan, posted a video to Twitter last week in which he called Erdogan "a dictator" and "the Hitler of our century." The Oklahoma City Thunder player was detained for hours at a Romanian airport for what he claimed to be his political opposition to Erdogan.

A supporter of American-based Islamic cleric Fethullah Gulen, Kanter said in an interview at the National Basketball Players Association headquarters earlier this week that he hopes to become an American citizen. Gullen has been accused by Erdogan's government of trying to pull off the failed coup in Turkey last year.

"Right now I am country-less," Kanter said in Manhattan earlier this week. "I am open to adoption definitely. I am going to try to become an American citizen."

Kanter mocked the arrest warrant in his native Turkish on Twitter.

Kanter revealed in an interview with ESPN's "Outside the Lines" that the incident in Romania was not the first time he had met problems with foreign governments. Kanter said that while he was traveling in Jakarta, Indonesia, his manager woke him up at night to inform him that the Turkish government requested Indonesian military to detain him. Kanter was forced to flee the country thereafter.

Erdogan, who recently won an election that solidified his totalitarian control of the government, has been accused of orchestrating the brawl outside the Turkish embassy in Washington, D.C. earlier this month. In last week's video posted to Twitter, Kanter spoke out about the incident, arguing that it was further evidence that Erdogan was a "bad, bad man."