Let the Beautiful Sick Girl genre die: Why “Everything Everything” should be the end of a tired trope 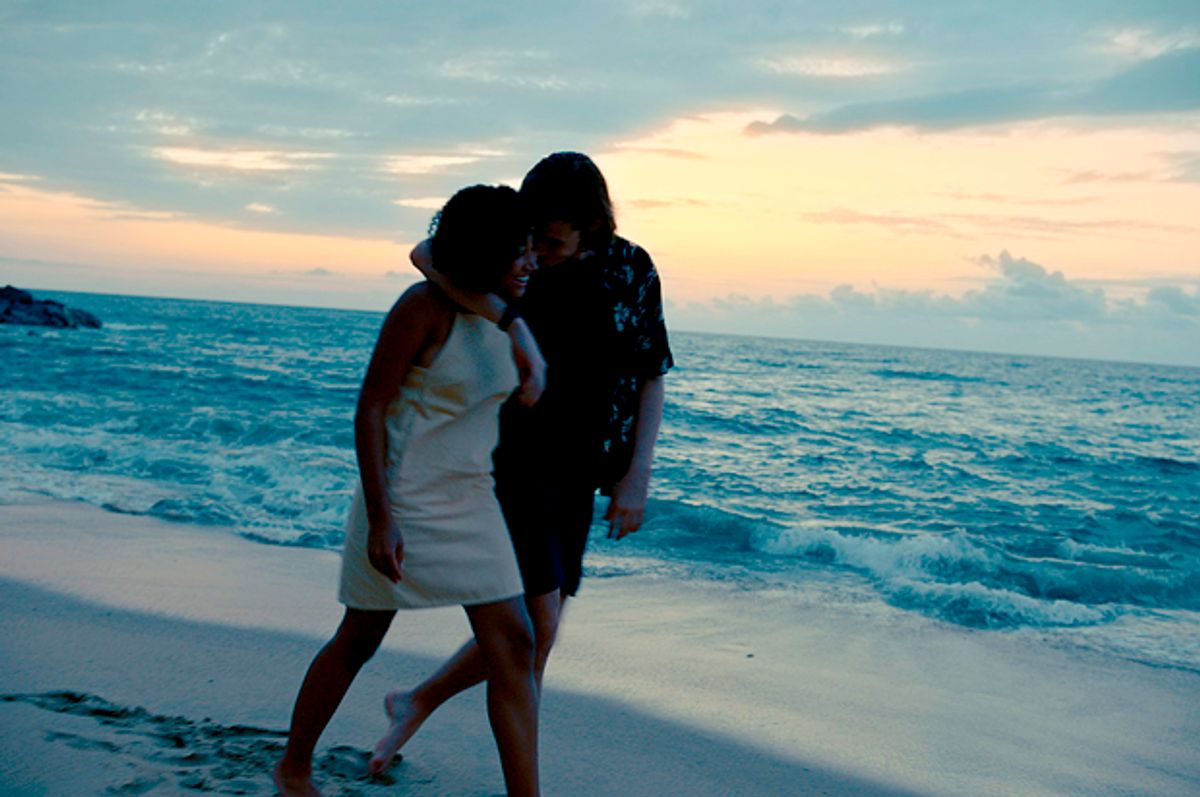 Amandla Stenberg as Maddy and Nick Robinson as Olly in "Everything Everything" (Courtesy Warner Bros. Entertainment)
--

Spoiler alert: The following article discusses plot details from "Everything Everything." If you haven’t seen it yet, stop reading now.

It’s a tale as old as time: Boy meets girl. Boy falls for girl. Girl has an incurable immune disorder that means she can never go outside. If Shakespeare had written “Romeo and Juliet” today, the star-crossed lovers wouldn’t have been separated by a family feud. The fair maiden, plagued with a rare illness, has but a fortnight to live. Romeo plants true love’s kiss on Juliet’s plastic bubble.

“Everything Everything” is the latest in a line of movies adapted from young adult novels about Beautiful Sick Girls and the boys who dare to love them in the face of death. Based on the novel by Nicola Yoon, the film stars Amandla Stenberg (“The Hunger Games”) as 18-year-old Maddy, an aspiring architect with severe combined immunodeficiency (SCID). Maddy was diagnosed as a newborn and has spent her whole life in a glass smart house designed to keep her from getting infected. Her protective mother (Anika Noni Rose), a doctor of some sort, closely monitors her every move. For reasons unexplained, Maddy is forced to wear only white T-shirts and jeans, meaning that her daily uniform consists of dressing like she’s Brooke Shields in a Calvin commercial.

But, of course, love conquers all — even bad writing. Maddy takes an immediate interest in the cute neighbor boy, Olly (Nick Robinson), whom she spies moving in next door. He’s from New York City but appears to have relocated from 1992. Olly rides a skateboard, has an Eddie Vedder haircut, and wears all black as a statement about his identity. Needless to say, Maddy falls for him quicker than you can say “Grunge Rear Window.” Their longing looks lead to texting and texting eventually leads to a furtive meet-up, one facilitated by Maddy’s sympathetic nurse (Ana de la Reguera).

During their first meeting, Olly has to be decontaminated. He stays on the other side of the room, afraid that getting too close will kill her. If that sounds stupid, it’s even dumber onscreen.

The Sickness Porn genre has become inescapable at the multiplexes in recent years, like the gritty reboot of “Love Story” no one asked for. There was “Me Before You,” in which an adorkable caretaker who can’t dress herself properly (Emilia Clarke) falls for her quadriplegic patient, Will (Sam Claflin). A former daredevil confined to a wheelchair after an accident, he doesn’t want to live this way. Will plans to end his life through assisted suicide. In “Me and Earl and the Dying Girl,” a teen filmmaker (Thomas Mann) overcomes his youthful narcissism by befriending a cancer patient (Olivia Cooke) who teaches him Big Life Lessons. What the titular Dying Girl gets out of the deal is unclear.

Giving one of your romantic leads an incurable ailment is a device as narratively neat as it is lazy. Because the conflicts are prewritten into the script, screenwriters don’t have to delve too deeply into their characters’ psychology or think about what really makes them tick. In movies like “If I Stay” and “The Fault in Our Stars,” the characters’ motivations could be discerned by a YA flow chart.

The “young love in the time of cholera” aspect likely makes these movies more marketable to a demographic conditioned to view terminal illness as the ultimate panty-dropper, but it keeps them from being much better films. In “Me Before You,” the most interesting thing about Will isn’t that he’s in a wheelchair. He’s a huge douchebag. Because the audience is supposed to root for the likable leads and want them to be together, romantic protagonists are rarely allowed to be as cruel and petty as Will is. But like the cursed Beast from the Jean Cocteau film, it’s not his paralysis that made him into a monster. One imagines that Will was always like that, even if the movie doesn’t quite recognize it.

The truest and most affecting love stories are those that treat their leads like people, not walking plot contrivances. “The Spectacular Now” is a deeply felt romance between a shy outcast, Aimee (Shailene Woodley), and a popular classmate, Sutter (Miles Teller). Sutter seems to believe that he’s living in a John Cusack movie, in which life never has to be taken too seriously. He is also an alcoholic. When Sutter asks Aimee to prom, he buys her a flask — and she's too oblivious to his flaws to realize his present is a cry for help.

What makes “The Spectacular Now” first-class among its peers is that it doesn’t use narrative shortcuts to manipulate the viewer into feeling something for its young lovers. The film fully earns every emotion it wrings from us.

The movie’s wrenching final moments are among the best I’ve ever seen committed to film. When Aimee leaves for college in Philadelphia, Sutter misses it because he’s busy getting hammered. His binge drinking leads to a fight with his mother (Jennifer Jason Leigh), who accuses Sutter of being just like the husband who walked out on her. Desperate to prove he can be good, Sutter goes to Philadelphia to win Aimee back, believing that they can start over. When he shows up at her school, Woodley perfectly broadcasts her character’s mixed emotions. Sutter views it as a grand romantic gesture, one straight out of “Say Anything,” but an unannounced visit from your alcoholic ex is anything but grand.

Love stories are more interesting when they’re allowed to be messy, even if it means subverting our expectations of a traditional happy ending. What’s frustrating about “Everything Everything” is that the film doesn’t even commit to its dumb premise, the plot treated as a formality. In a third-act “gotcha!” moment that astute viewers should see coming a mile away, it turns out that Maddy was never actually sick. After her father died, her mother convinced herself that her daughter was ill, terrified of losing her. She just never corrected the mistake.

As far as ex machinas go, the Munchausen’s twist is practically mythic in its utter shamelessness. The reveal allows the lovers to be together without buying his and hers HAZMAT suits, instantly dispensing of all prior complications. It’s assumed that Maddy will forgive her mother eventually, and everyone will live happily ever after.

There’s a fine romance buried within “Everything Everything” when it isn’t busy kowtowing to the tyranny of its genre. Stenberg and Robinson are promising young actors who have believable chemistry with each other. Maddy imagines their conversations, which primarily occur over text message, as taking place in the model buildings she designs, worlds of her own creation. It’s kind of a silly idea, but it works spectacularly. In these dream spaces, Maddy and Olly are allowed to be ordinary teenagers. They flirt and get to know each other. Maddy confesses that she posts reviews of classic literature online for fun. Olly, ever on brand, says he really liked “Lord of the Flies.”

The beautiful simplicity of this scene proves that romantic dramas don’t need beautiful dead girls and quadriplegic millionaires to make us care. The Sick Girl plot may help “Everything Everything” find its audience, but telling a good story would have kept viewers coming back.