LISTEN: The "state of emergency" around Donald Trump and mental health 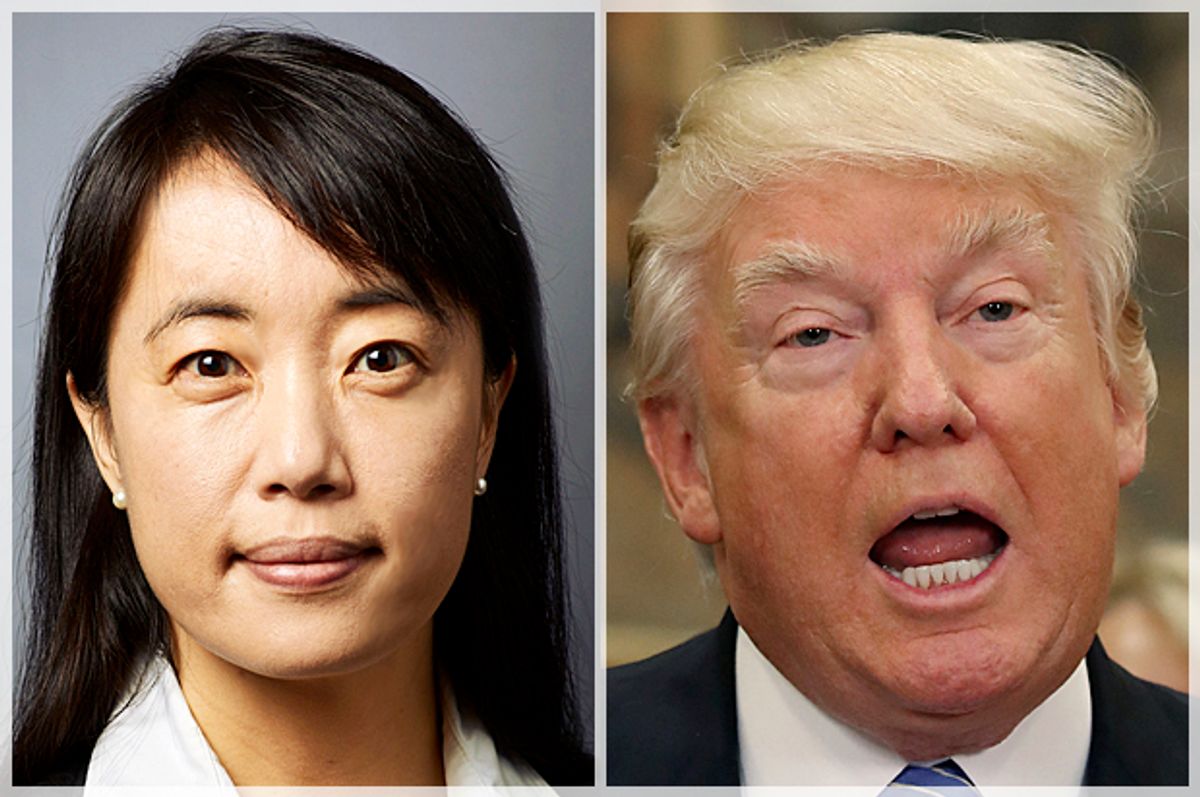 Psychiatrist Bandy Lee joined me recently for a conversation about Donald Trump and mental health on "The Chauncey DeVega Show." Lee, a psychiatrist at Yale University who specializes in public health and violence prevention, says Trump has exacerbated the pathological patterns of our culture and if his presidency continues, more damage will be done.

She recently convened a conference that explored questions related to Donald Trump's mental health and how psychiatrists and psychologists should respond to this crisis. The proceedings from this conference will be featured in a forthcoming book due out later this year.

"This situation has come to such a critical level," Lee told me. "In fact, a state of emergency exists and we could no longer hold back. We have an obligation to speak about Donald Trump’s mental health issues because many lives and our survival as a species may be at stake."

During this week's show we discuss how mental health practitioners have an obligation to the public, the so-called "Goldwater rule," Trump's apparent emotional and mental health challenges, what compelled his voters to follow him and the dangers he poses to the American people and the world.

Science fiction and horror writer and podcaster Alasdair Stuart also stops by to share his thoughts on the new movie "Alien: Covenant."

You'll also hear my thoughts on Trump's continuing efforts to cover up how he is Russia's Manchurian candidate, his federal budget, and the murderous violence and hatred inspired by Donald Trump and his fascist movement. This week's victim: Richard W. Collins III, a young African-American with a bright future ahead of him who was stabbed to death by a white supremacist in Maryland.