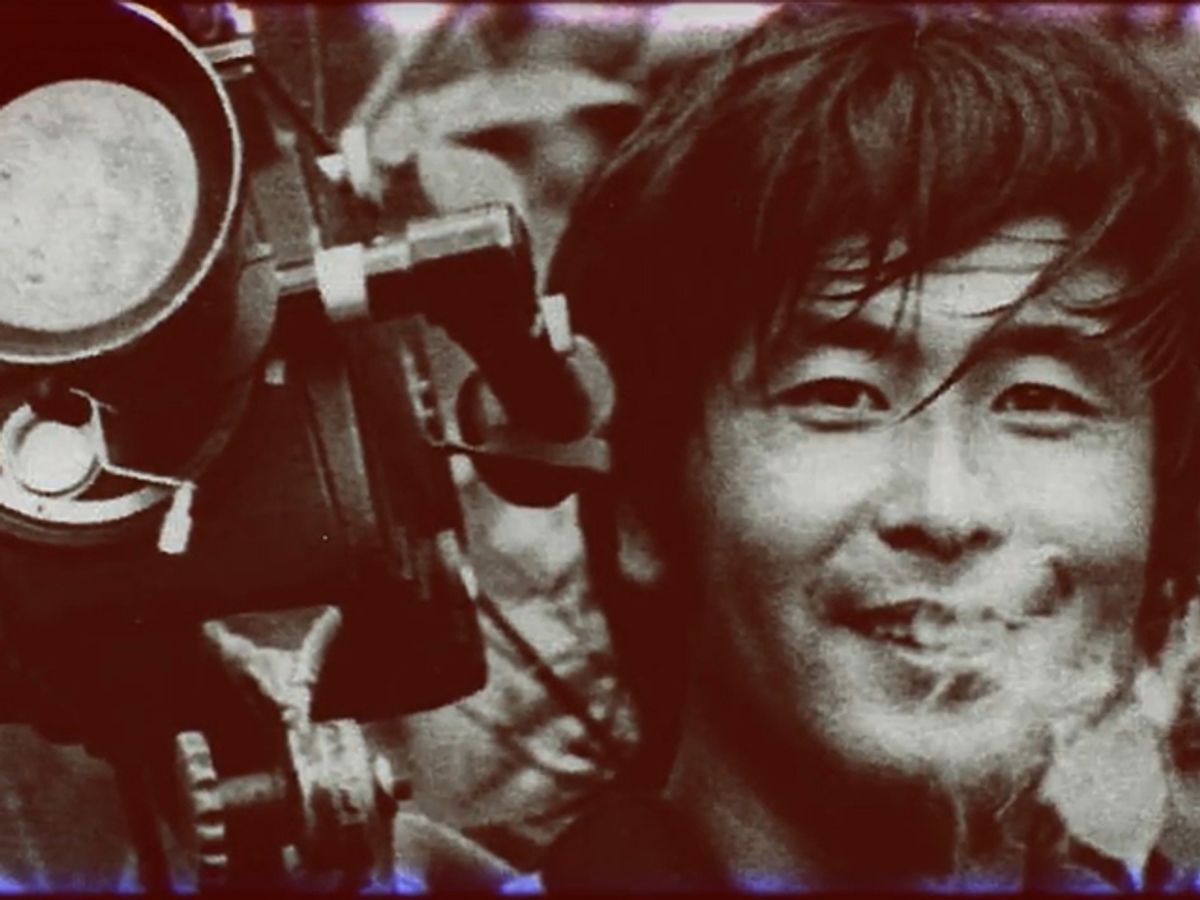 The fact is that genuine combat rarely happens within the range of your camera and if you waited for what the New York producers cynically called “bang bang,” you could well end up with nothing at all.

So I filmed images that could illustrate story concepts. If it was raining, I took close-up shots of boots slogging through thick, clinging mud that would show how physically exhausting it was for soldiers on the frontlines and sunsets and sunrises that were like postcards but also an excellent way to begin or end a piece. I was fascinated by everything I saw, and I tried to capture that on film.

There was no school for Vietnam. Like all the other young photographers and cameramen, I learned as I went along. My work had to address the essentials: who, where, when, what, why, and how. I couldn’t write those answers, so I tried to be sure they were in my camera and to get them, I had to be on the scene, and ready to shoot at any second.

These days, many people think the press was against the war and distorted the coverage — that simply wasn’t true out in the field. Nevertheless, our bosses in New York wanted to be sure our coverage was fact-based, and so they sent out what became Rule Number One: “Do Not Stage Any Scenes.”

We were told in no uncertain terms that our coverage of the war was not to be scripted, dramatized, sensationalized, exaggerated, or biased in any way. Our job was to record what was happening “as it is” and then be sure we reported it “as it was.”

After two hours of walking, we took a short break. When we started moving again, we heard the crack of a shot from an M16 up ahead. The captain jogged forward, and we followed.

When we arrived at the scene, a young North Vietnamese soldier was lying on the ground, and blood was softly bubbling from a wound in his chest. Except for the blood, he could have been taking an afternoon nap.

What had happened was that the sergeant walking point had rounded a hairpin turn in the trail and almost bumped into the Vietnamese soldier, who had been walking down the trail. The man wasn’t in a uniform; he was wearing the black shirt and pants that were the everyday clothes of Vietnamese farmers — American soldiers called them “black pajamas” — but he was armed, and there was no question he was an enemy.

Both men reacted quickly. The Vietnamese soldier tried to throw a grenade, and the sergeant snapped off a shot. The sergeant was faster. He was very lucky, his first bullet struck the other man in the heart and killed him instantly.

A soldier standing next to us pulled a card from a strap around his helmet and put it on the chest of the dead soldier. It was the Ace of Spades. [ABC correspondent] Ken [Gale] interviewed the man, and he showed us an entire deck made up of the same card and told us that his family back home had sent it to him. According to the soldier, both Americans and Vietnamese believed that the Ace of Spades was bad luck, and they hated the idea that it would be placed on them after they were killed.

Then we did an interview with the sergeant, whose name was Gerard Simpson, but who was usually called “Bernie.” We could see that he was still in shock — his face was pale, and he was shaking. This was the first time that he had ever killed another human being. His comrades were treating him as a hero, but he was very honest when he spoke to us, “I spun around to fire at him and he started reaching for something. I fired in the general direction of his chest. I wanted to get the round out there before anything else. . . . If I hadn’t killed him, I and my fellow soldiers would have been killed by the grenade. I had no choice.”

His relief at being the one left standing was clear. He told us that “In three more days I’m going to Hawaii, and my fiancée will be flying out there, and I’ll meet her there.” They were going to get married and for the first time, he showed us a slightly shy but happy and smiling face. His fellow soldiers teased him by chanting “Honeymoon! Honeymoon!”

The plan was to reach the top of the mountain by evening, but we ended up camped by the side of the trail not far from the summit. Ken, Long, and I got ready to spend the night under a good-sized tree where the roots were good and thick — at least a foot high where they stretched across the ground. We had just finished our C-rations when a soldier came up with a message from the commanding officer. Apparently, he wanted Long to act as translator, but we all decided to tag along.

They had laid out the meager belongings of the young soldier on the ground; his rifle was old and worn, he had a few hand grenades, a canteen, a cooker, and a toiletry kit in a worn canvas bag. In his pockets, there had been a picture of a young Vietnamese woman and a diary, which the officer wanted Long to translate.

Long began to translate the soldier’s diary. It began in 1963 when the soldier had left his small village near Hanoi. He wrote about his mother, saying that she cried when he was chosen to go south. The rest of his neighbors celebrated with a farewell party for him, but he was miserable because he had to leave his girlfriend.

In the diary, he wrote about her as his “sister,” but Long explained that this was a poetic way of speaking; she was the woman he loved and he said that being separated from her was the worst part of going to war. The young soldier wrote about how he had to remember that he was a patriot and that it was his duty to go and help the people in South
Vietnam suffering under the American occupation.

Long soon began to skip pages because they were filled with what he said was “a beautiful poem” about the soldier’s love and how much he wanted to be with her. Long claimed that his English wasn’t good enough to translate it, but I think that he was trying to protect the young man’s privacy.

As the years passed, the diary began to have gaps, and the sentences were shorter — no more beautiful poetry. Long read about how life in the mountains had become more and more difficult for the young soldier as American ground troops began to take over combat duties. In the early days, he had been relatively safe because it would take the South Vietnamese troops days to get close to the secret bases in the mountains. The GIs, on the other hand, were using helicopters, which could get them into combat range very quickly. He feared the American artillery and described what it was like to hug the ground as the big shells came in.

As the Americans steadily tightened their grip on the roads and trails, he wrote about how it became more and more difficult to get medicine and supplies. By the end of the book, he wrote that he was hungry all day every day. Finally, Long translated the last page, dated only a week ago:

The other day I cut trees and turned them into charcoal. Today, after dusk, I put a sack of charcoal on my shoulder and went down to the village to sell it. The villagers were not interested in buying my charcoal. I asked the villagers if they wanted to barter my charcoal for a little rice and salt but nobody wanted to deal with me. It has been quite a long time since I left my home village. Everyone must have forgotten about me except my mother. I’m sad and very hungry. I want to go home. This moment, if I could get a bowl of rice and a spoonful of salt in my hand, I would never complain about food for the rest of my life.

After translating the last page, Long took a deep breath and fell silent. No one said anything for a while. When Long handed the diary back, the commander thanked him and said, almost as if he was thinking aloud, “This young man was a good soldier, too.”