Sean Hannity is now losing advertisers due to the blunder. But it's been years in the making 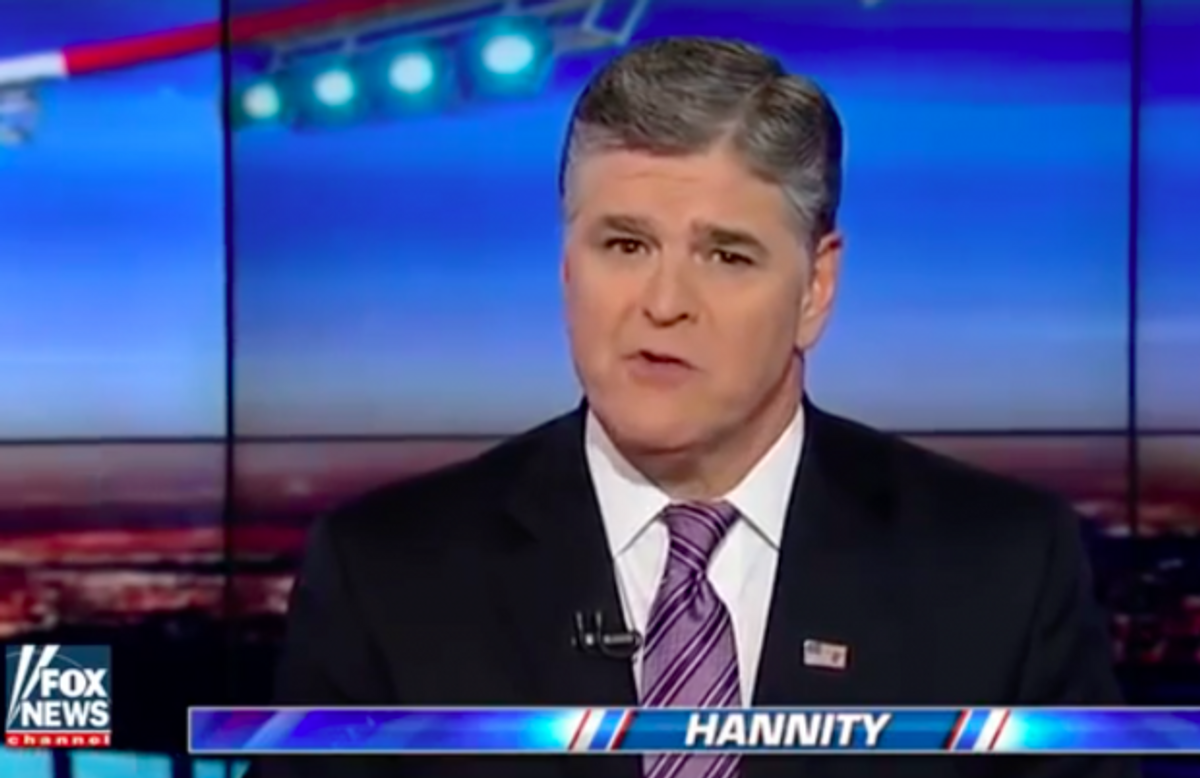 IMPORTANT! Mediamatters is trying to silence me, get me fired, pressure my advertising on radio & TV. Liberal Fascism. I need your help!!

"In case you haven’t been following it, the Seth Rich conspiracy holds that before his death (or, in this version of events, assassination) in July Mr. Rich had been involved in the leaking of Clinton campaign emails to WikiLeaks, which the United States intelligence community has attributed to Russian-sponsored hackers," The New York Times summed up on Wednesday, just before Hannity lost his first advertiser amid fallout.

But Media Matters and others have been debunking Hannity's fake news for years. Here are 5 of his more baseless theories:

Fox News reported on Russia's hacking the DNC as well as the January 6 Intel report. Yet, less than 48 hours after a Wikileaks dump of the Vault 7 documents (March 7), Hannity began citing Breitbart's reporting of the scoop: "WikiLeaks: CIA Uses 'Stolen' Malware To 'Attribute' Cyberattacks To Nations Like Russia."

The Fox News host was joined on his show by retired 9/11-truther and torture proponent Army Lieutenant Colonel Anthony Schaffer.

"Sean, we did it. Not me, but our guys, former members of NSA, retired intelligence officers used these tools to break in there and get the information out. That’s what the Democrats don’t want to talk about because it doesn’t fit their narrative," Shaffer said.

"You're telling me this whole Russian story that the media has been running with for months and months and months — that it was our people that did it, and they put the fingerprints of the Russians on it?" Hannity asked.

"That's right," Shaffer said, although he then admitted on-air he had no proof.

As Media Matters noted, Hannity perpetuated the rumor of  Hillary Clinton failing heath weeks after it was debunked.

“During the attack, a stand-down order was given, and our troops were told to change their clothes four times, and we needed, you know, permission from the Libyans to actually save Americans, and that’s what they were discussing,” Hannity said, shortly after the GOP's report on the 2012 attack, was released on June 28, 2016.

“Average Americans are feeling the pain of Obamacare and the healthcare overhaul train wreck,” Hannity announced in an  October 2013 episode. “and six of them are here tonight to tell us their stories.”

One week later, Salon reporter Eric Stern had tracked down all six guests, proving their Obamacare misnomers were easily debunked.

Hannity continues to cite Philadelphia's overwhelming preference for Barack Obama over Mitt Romney in 2012 as proof of voter fraud.

"In 59 separate precincts in inner city Philadelphia, Mitt Romney did not get a single vote! Not one!" he reiterated last August, nearly four years later.

"Maybe I'm being conspiratorial," he added. to which CNN's Brian Stelter. answered, "Yes, Hannity, you are."

Additionally, Fact.check.org has considered this an open-shut case as of January 2013.

"It’s not mathematically impossible," Lori Robertson wrote. "The 59 districts are in areas of the city that are mainly African American, as the Philadelphia Inquirer reported. And Obama received 93 percent of the black vote nationwide."