The 15 parenting lessons of muddling through

If there's a secret to success when it comes to parenting, I don't know it. I do know you have to learn as you go 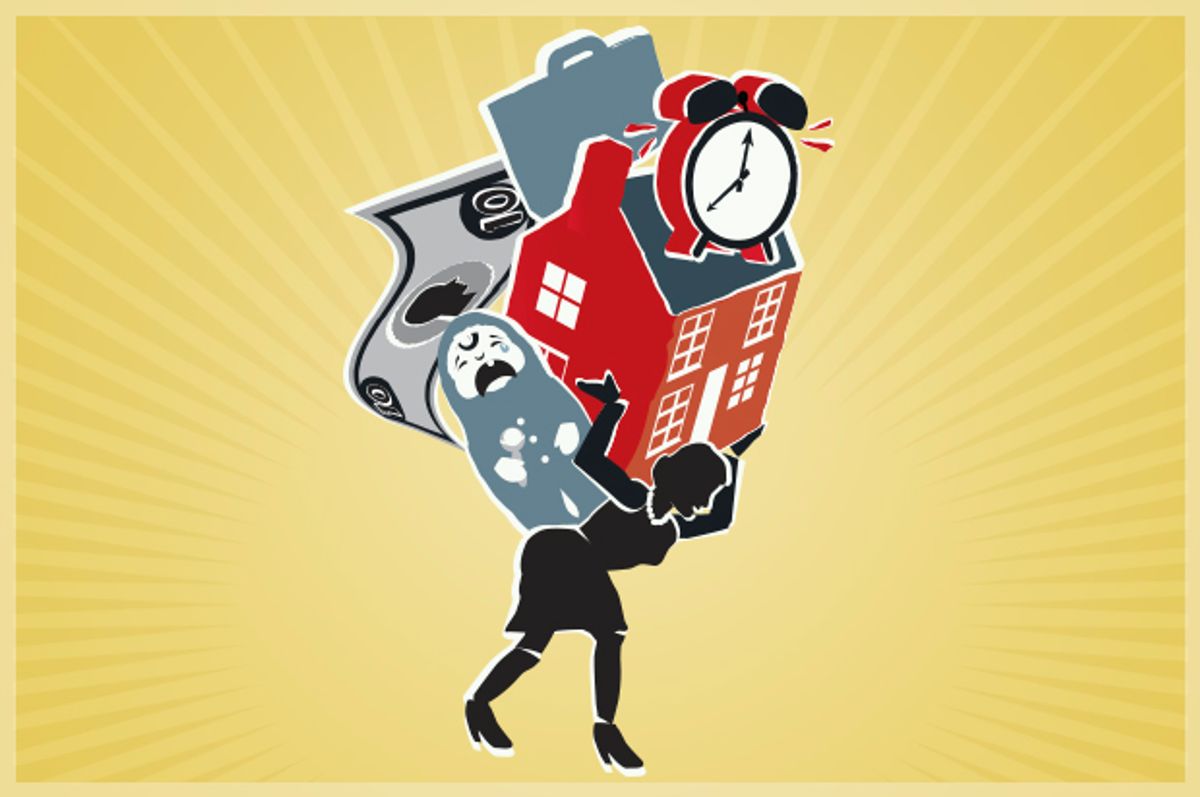 Sam, six weeks old, was inconsolable. I was on maternity leave, my mother, who had come to help when he was born, had gone home, and my husband, Ralph, was out of town. At 4 o’clock I called my friend Katy, who had gotten her own diaper bag when Sam was born. “Help,” I said.

At 6 p.m. the buzzer in our one-room apartment sounded. Katy was holding a panini maker, the fixings for grilled cheeses, and a jar of dill pickle chips. Soon she had made me a sandwich, using as much butter as two slices of bread could tolerate, and plied me with pickles. As I ate, she jiggled Sam. When she had calmed us both, I looked at his soft legs, as skinny as a chicken’s, poking invitingly out from his onesie. “I feel like all I’m doing is muddling through,” I confessed.

By her estimate, I’m past the halfway mark. Sam is nearly 15, and his sister Julia is coming up on 12. I can say with certainty that Katy was right. There’s never been a day — a second, really — when I’ve said to myself, “I’ve got this.” That’s partly because I learned early on that as soon as you say that, your hubris bites you in the ass.

But I have learned a few things worth sharing.

1. I am always playing catch-up. Remember how you could put your baby down for a nap and he would wake up two hours later, scratches healed, feet and repertoire of tricks/vocabulary, bigger?

My kids are always ahead of me. They lull you into believing that the stage they’re in will last forever, and, suddenly it will end. How did I know that one Tuesday in October was the last time I would walk Julia into school? The teacher Sam liked but I had to warm to is now out of my son’s favor and still in mine.

2. Potty humor has an inexhaustible half-life.

3. Never make promises, especially when it involves the procurement of live animals “when you turn six.”

4. When you get that dog, because a kid’s memory is better than his or her harried parent’s, do an end-run around the name. That’s how so many dogs are named Fluffy and Chewy. That’s how I avoided having a mutt named Pikachu and wound up with Mavis.

5. Don’t give away the puppy. Yep, I tried to do that, too (although I was stopped by a smart friend).

6. Practice saying this sentence in the mirror: “Because I’m the parent.”

It’s not a negotiation. Sometimes we have to make unpopular decisions, because, even if we’re muddling through, we still might know more than the kid. And it’s all about putting forth our values.

7. Try really hard to listen. Sometimes it’s not about imposing your will but about making sure they feel heard. When to say “because I’m the parent” and when not to is a juggling act. Sometimes you’ll drop the ball.

8. When you throw the baseball bat away because a certain kid has been taunting his sister, never, ever take it out of the trash on garbage pick-up day.

This is another way of saying when you dole out a punishment, stick with it. Otherwise your kids will roll you on the big things.

9. Don’t sweat the small stuff. Try like hell to figure out which is small and which is large.

How your kids dress is small stuff, and it will change. Sam wore his baseball uniform to every bar mitzvah he attended.

10. Worry less about grades and more about helping your kids find a passion.

11. Recognize that you may have to put your passion on the back burner. The older your kids get, the harder it is to figure out when to have sex with your spouse, unless it’s at 4 a.m., because your bedtime will end up being before theirs.

12. Teenagers think something is terrible one second and “sick” (a.k.a. awesome) the next. Don’t go there with them. Practice saying, “I know it feels bad, and I’m so sorry.”

14. Middle school sucks. The only way through is through.

15. Decide what kind of parent you want to be and fake it.

I am nearly as uncomfortable talking about sex as is my 86-year-old mom, but I pretend it’s no big deal when my kids bring it up. A lot of times, I feel they have taught me more than I have taught them. Chief among the lessons: control is overrated.

Muddling through is not just true of parenting but of all my roles — wife, daughter, sister, writer, next-door-neighbor. Equally true, I am constantly frustrated by the muddling. The overpowering/competing impulse is to be in control — and to do whatever we do well.

Most of us are taught at an early age to leave the world a better place than we found it, and we develop the expectation that we will do better than our parents, not just financially but, as I’ve come to see, in all things — including how we parent.

In this atmosphere of restored calm, I learned my greatest lesson about parenting -- and life.