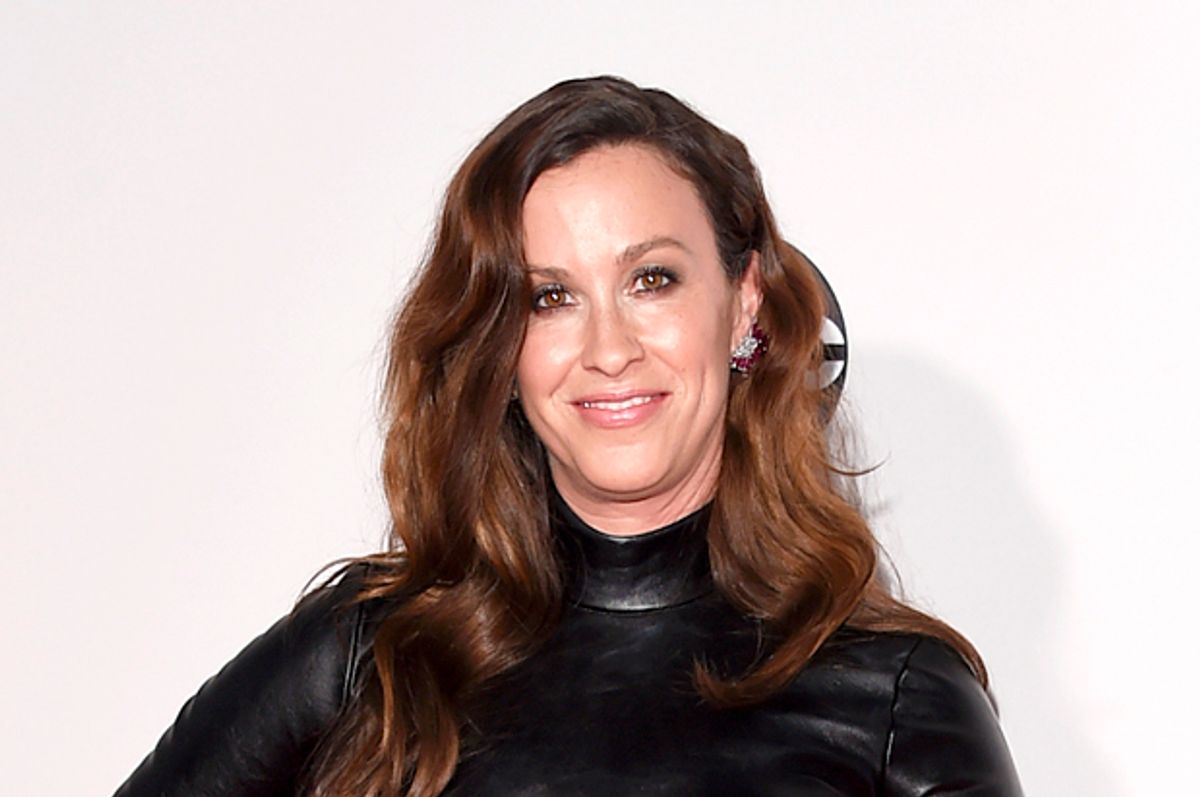 We thought you oughta know: Alanis Morissette is writing a musical.

Titled "Jagged Little Pill" and based on her 1995 Grammy-winning album of the same name, the stage production will debut at the American Repertory Theater in Cambridge, Massachusetts in May of 2018.

An impressive award-winning team is putting together an original story  to match the beloved songs that will follow a modern, multi-generational family and explore gender identity.

Tony-award winner Diane Paulus ("Pippin") is set to direct, while Diablo Cody (who won an Oscar for her witty indie film "Juno") is penning the book Orchestral arrangements will be helmed by Tony and Pulitzer prize-winning composer Tom Kitt ("Next to Normal" and"If/Then.")

“This team that has come together for this 'Jagged Little Pill' musical is my musical theatre dream come true,” said Morissette. "The chemistry between all of us is crackling and I feel honored to be diving into these songs again, surrounded by all of this searing talent. Diablo and Diane are already taking these deeply personal songs that are part of my soul’s marrow to a whole other level of hope, freedom and complexity.”

"Jagged Little Pill," with its iconic singles like "Ironic," "U Oughta Know" and "Hand in my Pocket," was a formative album for many of those caught on the tail end of Gen-X, and first-wave Millennials. Paulus even went so far as to call it "one of the most important albums of the last 30 years."

“It had so much meaning in its time,” she said, hailing Morissette for speaking out "with courage and power and vulnerability.”

When released in 1995, the album, co-written with Glen Ballard, won Morissette nine Grammy nominations and five Grammy awards, including Album of the Year.