So many statues, so many hot takes 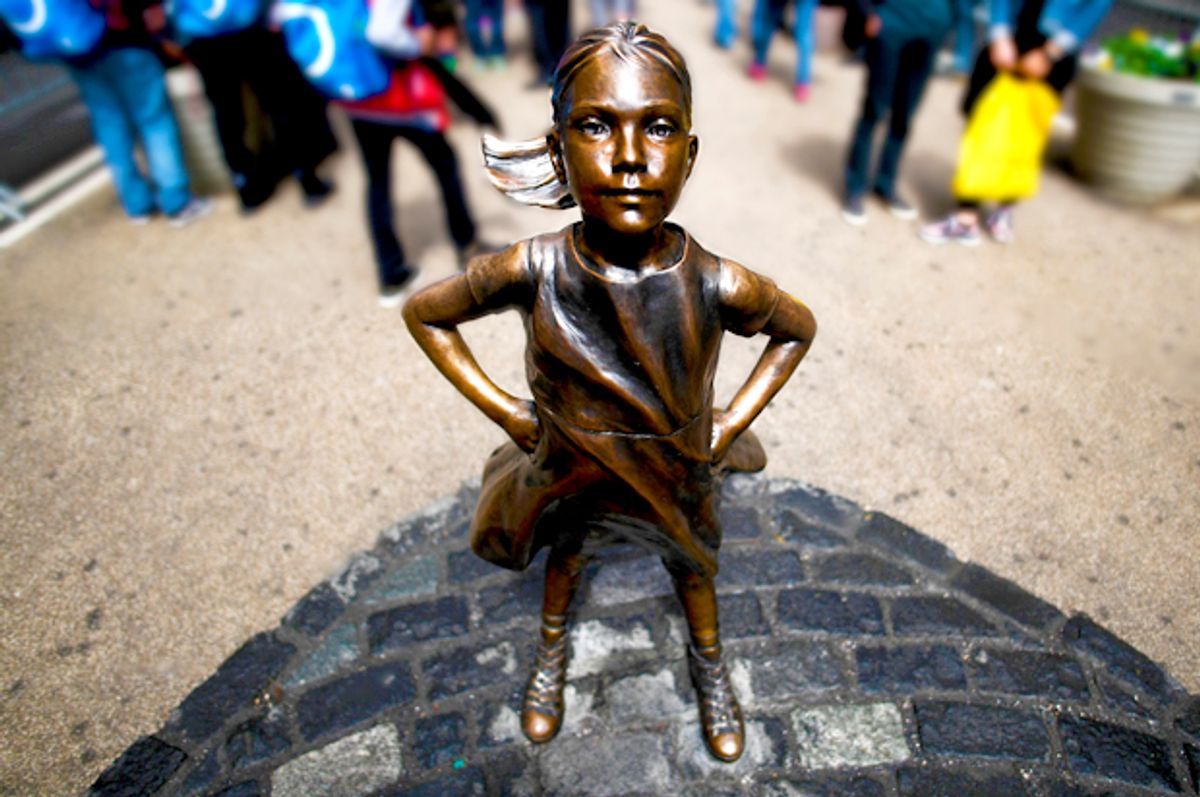 Controversy never drifts too far from Wall Street but recently the issues have been more about art and less about capitalism. An artist placed a small statue of a dog lifting its leg to pee next on the already infamous "Fearless Girl" statue and for a few hours. Expectedly, people freaked out.

When the "Fearless Girl" statue was erected opposite the infamous "Charging Bull" statue on the eve of International Women's Day it was hailed as a feminist icon, but some critics have called it everything that's wrong with feminism today, noting the statue was funded by the investment firm State Street Global Advisors.

On Monday, when artist Alex Gardega installed the dog statue called "Pissing Pug" next to "Fearless Girl" he did it as an act of solidarity for the bull statue's creator Arturo Di Modica who is threatening to sue New York City for violating his legal rights by not informing him that the statue of the little girl would be placed opposite of his work. It's a lawsuit Di Modica is bound to loose, but one that's only complicated the complicated reaction to "Fearless Girl".

"I have a lot of empathy for the creator of the bull, Arturo. He is very upset," Gardega told NBC News. Gardega said that most people were "perplexed" by his pissing dog statue, and a few people "kicked it." But the artist insists that the "Fearless Girl" statue is instead a faux feminism icon. "That piece, ['Fearless Girl'] was not made by some individual artist making a statement," Gardega told NBC News. "It was made by a billion dollar financial firm trying to promote an index fund. It is advertising/promotion in the guise of art. That was my only point."

Gardega told the New York Post that the "Fearless Girl" statue was "corporate nonsense." He added, "It has nothing to do with feminism, and it is disrespect to the artist that made the bull."

For it's part, State Street Global Advisors offered a non-committal, corporate-speak comment. "We continue to be grateful to the countless people around the world who continue to responded so enthusiastically to what the Fearless Girl represents — the power and potential of having more women in leadership," a company spokeswoman wrote in an emailed statement to NBC. "Fearless Girl was created to stand as a reminder that having more women in leadership positions positively contributes to overall performance and strengthens our economy."

Gardega took the "Pissing Pug" statue down after only three hours, and said he didn't want it to be vandalized or taken.

In the midst of the controversy, social media users offered a multicolored patchwork quilt of hot takes.