In bizarre statement, Hope Hicks says Trump has a "magnetic personality" and "treats everyone with respect" 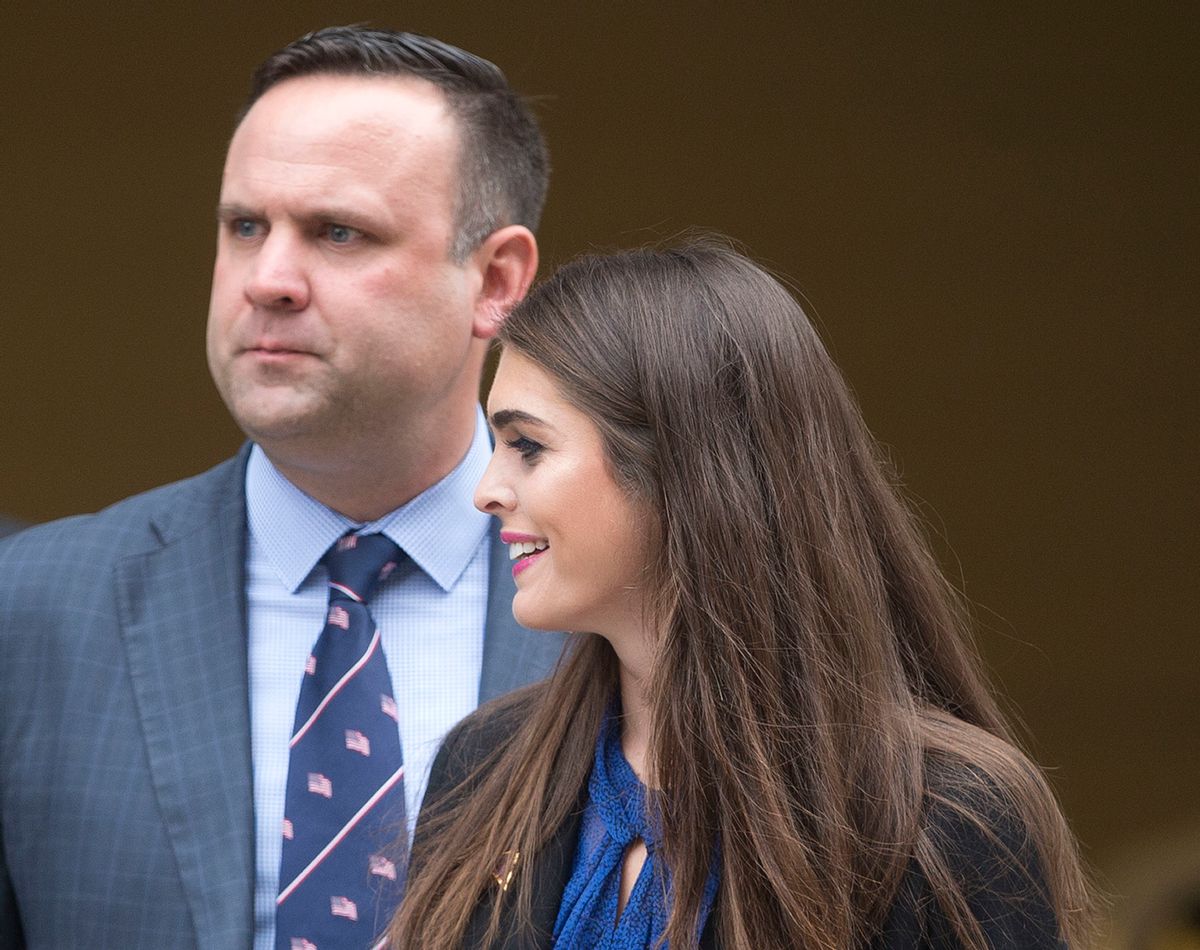 In response to a report by The Washington Post that details President Trump's tendency to be demeaning and his condescending backhanded comments toward members of his staff, White House spokeswoman Hope Hicks issued a statement about her boss that showered him with exaggerated compliments, to say the least.

"President Trump has a magnetic personality and exudes positive energy, which is infectious to those around him," the statement said. "He has an unparalleled ability to communicate with people, whether he is speaking to a room of three or an arena of 30,000. He has built great relationships throughout his life and treats everyone with respect. He is brilliant with a great sense of humor . . . and an amazing ability to make people feel special and aspire to be more than even they thought possible."

Many have defended Trump over the years, yet Hicks's detailed defense was remarkable for its combativeness and cult-like specificity. The internet did what the internet does best and made a jest of the bizarre statement about the president.

Critics have blasted Hicks for the statement's obvious absurdity, including Callum Borchers of The Washington Post, who wrote that "the most jarring thing about her characterization of the president is not the inaccuracy; it's the sudden rejection of Trump's entire political brand." Some compared her statement with North Korean propaganda about leader Kim Jong Un.

It has become common for the White House to issue "alternative facts" about Trump's personality. In a press briefing on Tuesday, press secretary Sean Spicer said that Trump has a "fairly unbelievable" relationship with the Germany's chancellor, Angela Merkel. The relationship doesn't seem to go both ways; over the weekend Merkel said that Europe can no longer "completely depend on others," alluding to Trump's apparent refusal to combat climate change internationally.