Judge Jeanine Pirro: White House leakers are traitors “who must be taken out” 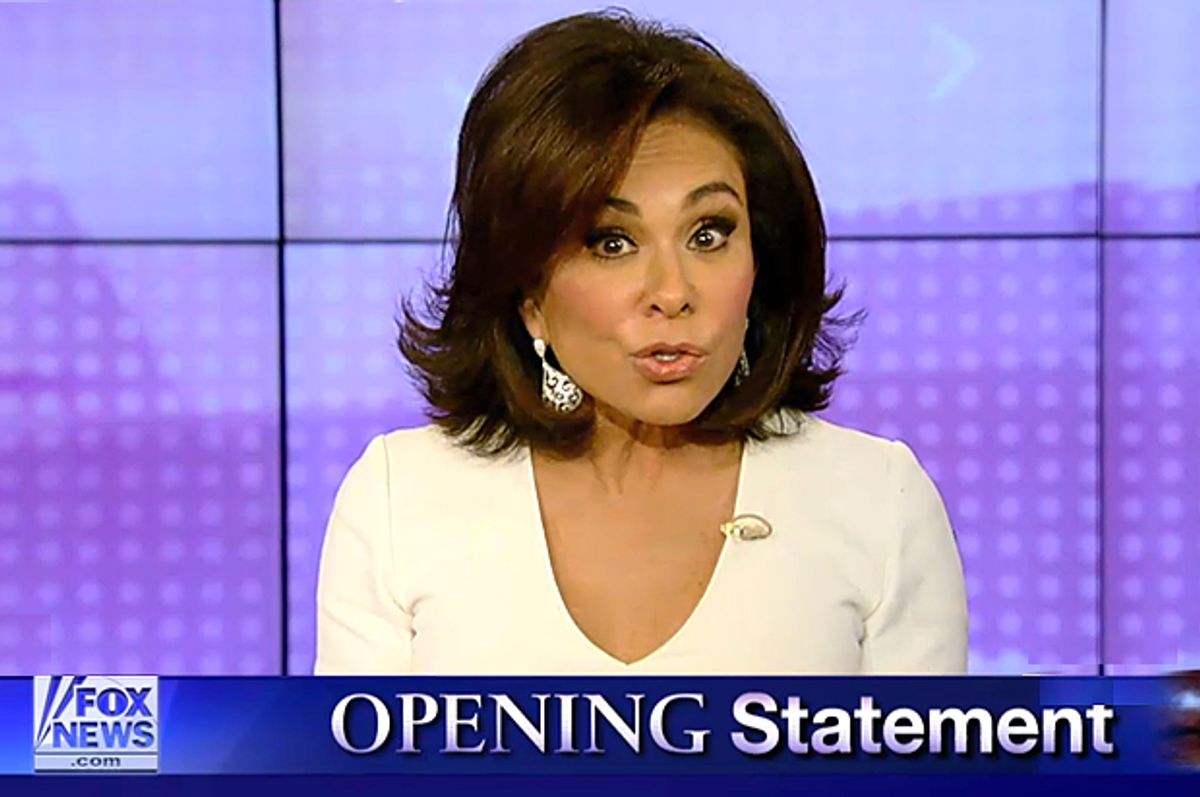 Whoever is leaking information from the White House to the press better watch out. Judge Jeanine Pirro has officially put you on notice, suggesting the people who give private information about the Trump administration to the press should be executed as traitors to the nation.

“There is a leaker in the White House. There is a traitor in the people's house - a traitor who must be taken out,” Pirro said on her Fox News show as President Trump returned from his eight-day, five-country tour. (Pirro also curiously claimed that "by all accounts" Trump's first overseas trip "was a home run.”)

“[T]he president in coming home still has one huge problem and it’s not Russia, it’s not the Democrats, it’s not any of its haters,” Pirro said. “And if he doesn’t fix this problem, we are in big trouble. What is it? The leaks. Yes, leaks. There is a leaker in the White House. There is a traitor inside the people’s house — a traitor who must be taken out.

Pirro, one of the more popular talking heads on the conservative news network, called on federal authorities to identify the leaker, whom she called “an enemy of the United States.”

“This leaker needs to be found immediately, no holds barred,” she added.

CBS News reported on Monday that three leakers of classified information had been identified at the White House and were expected to be fired. On Tuesday, Mike Dubke, Trump’s communications director announced he was resigning for undisclosed reasons.

Much like Fox News’s other opinion-spewing former member of the judiciary, Judge Andrew Napolitano, Pirro claimed to have insiders information about the identity of one person who has been leaking information to the Washington Post, New York Times and other news outlets. But, Pirro said, she’s “not ready to share” that information.

Napolitano was suspended for nine days in March after the conservative commentator claimed that former President Barack Obama colluded with British intelligence to spy on the Trump campaign during the 2016 presidential race, an unfounded allegation that angered British intelligence officials who vehemently denied the allegations.

Trump administration officials have been frustrated by a steady flow of leaks, including reported that White House advisor and the president’s son-in-law Jared Kushner attempted to set up a secret line of communication between the White House and Moscow and the unauthorized disclosure of information about last week’s Manchester terrorist attack that angered British officials.