UPDATED: Griffin has apologized for the image and is now working to have it removed from social media 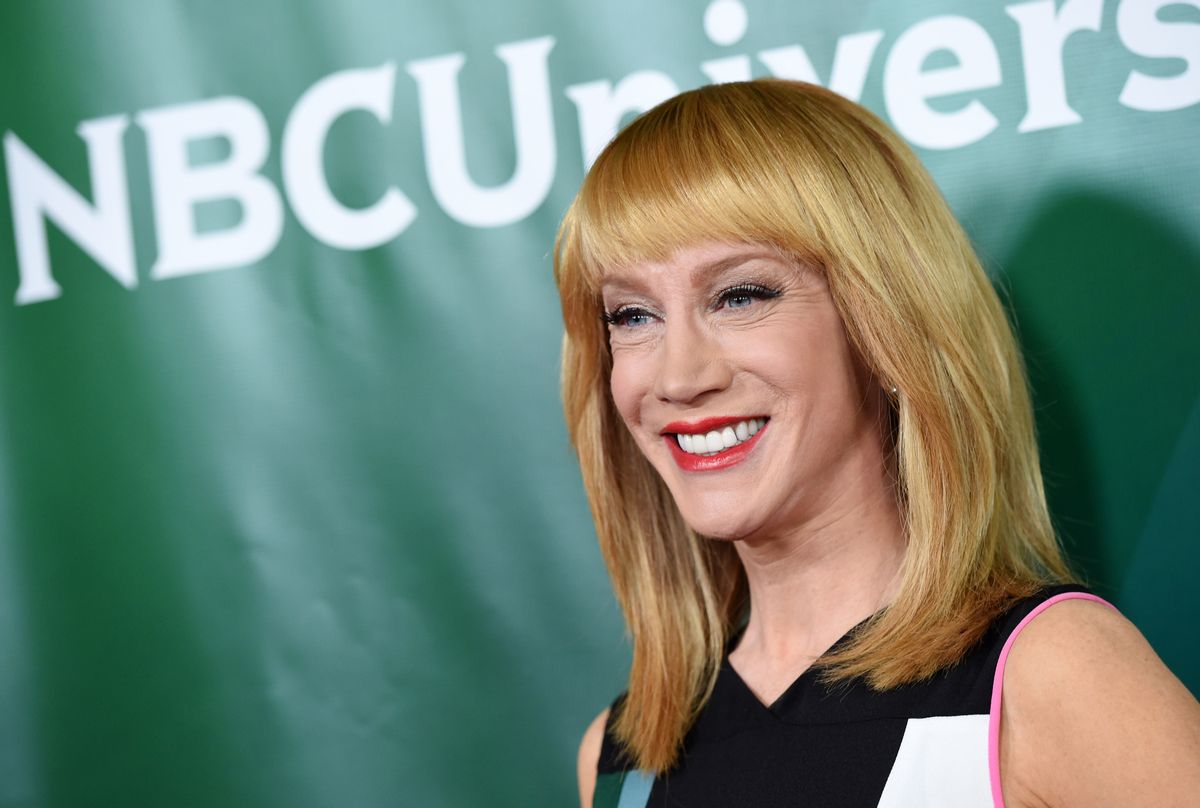 Update: Well that was quick. Perhaps seeing the error of her ways (and noticing that both the left and right sides of the political spectrum have gathered together to condemn her in a rare showing of national unity), Kathy Griffin has released a video apologizing for the images and taken down her tweets that displayed it.

At this time, the images are still on Tyler Shields' Twitter page. New York Magazine's Yashar Ali, who spoke to Griffin about the images, has also taken down his tweets quoting her — tweets that were embedded in this article — without explanation.

It easy to imagine the entire right-wing of this wide country of ours in apoplexy over a recent photo taken by Tyler Shields of comedian and liberal media presence Katy Griffin holding a bloodied mask of Donald Trump — a photograph some say suggests our current President met the business end of a executioner's axe.

Oh, wait, you don't have to imagine it at all.

Shields — an artist who has been accused quite fairly of plagiarism and sensationalism — told the Huffington Post, “Kathy is all about pushing the limits and she went above and beyond on this one. Now lets just hope she stays out of jail.” His interview with the Boston Herald is a blithe, lyrical word salad of equivocation and missed points that's impressive in its own way.

Griffin, for her part, offered a series of comments to New York Magazine's Yashar Ali who then posted them to his Twitter account.

The comedian followed this up with a series of tweets from her own page.

All thought is, of course, private and we cannot know exactly what Griffin or Shields intended when they collaborated to make this image. Nonetheless, one wouldn't be out of bounds to suggest that both parties may be indulging in some after-the-fact disingenuous cleanup here. At the very least, if neither wanted to portray the aftereffects of beheading our much-unloved president, they failed spectacularly.

Both Griffin and Shields have histories of choosing shock over substance, crudeness over insight. Given that the image has riled up the right without adding a single valuable thing to the liberal critique of a president who offers more reasons to doubt him every day, that seems to be the case here.

In giving us a content-free source of controversy, Griffin and Shields haven't aligned themselves with Trump's growing chorus of critics. Rather, they've given the red-meat, red-state talking heads and flag wavers what they expect (and hope) to see out of liberals. More than anything else, this photo feeds the nationalist strain in this country that ushered the president into power and continues to coarsen public discourse and threaten our democracy.

It's not necessarily a good thing when you look at a David French tweet and think, "same," but here we are.